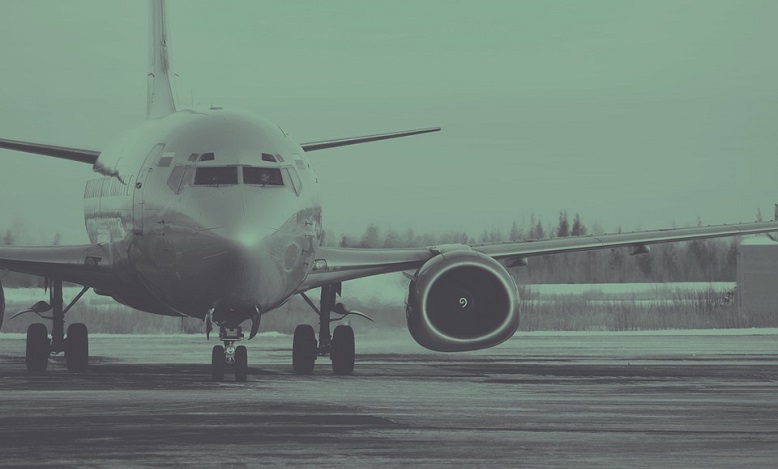 In dreams the dream plane can be interpreted with a symbolism in terms of evasion, decisions and projects in the short, medium, long term.

This dream vision can also represent the desire or the need to speed up the times of something that concerns you.

What does it mean to dream of an airplane? Depending on the size of the airplane, you can tell whether your focus is on a small or large project, work.

The planes in the dreams of modern man have been joined, as symbolism, to the meaning that, since very ancient times, have the birds and the act of flying.

The plane is linked to the concept of travel and the world of Heaven and Air, which in dreams represent thought, mind, ideas, spirit, and abstraction from matter and the senses.

Airplanes in dreams generally express the possibility of progressing and “getting very far”, the hope of improving your life, of reaching even the most difficult goals, of achieving your greatest desires.

The airplane is, in effect, a miracle of technology that has allowed man to realize one of his greatest dreams: flying; but the bigger the dream, the greater the fear of failure: in fact the plane, when it falls, crashes, crashes, can also be connected to the idea of ​​failure, obstacle, loss, tragedy.

An idea, a project that is taking off, a relationship that is beginning: it flies into your thoughts and your desires. Big change, important opportunity: rise to a higher level, more prestigious, but also with more responsibility and possible risks and dangers.

Freedom, independence, progress, maturity, overcoming difficulties, constraints and obstacles; all this is linked to the symbolism of flight.

You need to escape from everyday life, to have a broader view on a certain issue, to broaden your horizons: the plane makes you go very high and far away; it is a way of leaving behind certain problems, of abandoning the past, going beyond the usual boundaries, accepting new challenges.

Dreaming of taking the plane and going on a trip – can indicate that you need to relax, go on vacation, forgetting problems and daily stress.

Flying with the plane over the sea, over a city, seeing the panorama from above can mean that you need to expand your horizons; maybe your usual environment is starting to be close to you.

It is definitely an auspicious dream if you have in your heart a great project or desire to be realized: you are going to meet them at full speed.

If at some point in the dream the plane you are on encounters storms or turbulence, this can represent obstacles and difficulties that you will encounter in your ascent, or even personal doubts about the path you have taken.

Dreaming of driving, flying a plane – if instead of traveling as a simple passenger you dream of being the pilot, this shows that you are really determined, you have a lot of confidence in yourself and full control of the situation, so as to take on a leadership role and command.

Dreaming of falling off the plane, clinging to the plane that is flying – flying out of the plane indicates precariousness, fear of being abandoned or left behind, especially in the race for a goal that you want very much, but in which you also feel a lot of competition .

Dreaming of flying but not having a ticket – it may depend on your sense of inadequacy.

Dreaming of running down the street with a plane – means you should have the courage to dare more.

Dreaming of a plane that flies low at low altitude – you probably lack the courage or the energy to take flight more decisively.

Dreaming of a plane that lands – a project, a relationship, a phase of your life are coming to an end.

Dreaming of so many planes flying in formation – working together to achieve a common goal.

Dreaming of an acrobatic plane – an airplane that does stunts might even want to tell you that you have to dare more, be more courageous.

Dreaming of war aircraft, military, combat, hunting – dreaming bombing bombs that drop bombs, almost as if you were right in the middle of an air battle, with planes that shoot you and attack you, indicating that you feel exposed to criticism and to the judgment of others, as if from above they were pointing right at you. This dream can happen when you are about to take an important exam or public test.

Dreaming of a white, black, red, blue, yellow, etc. – deepen the meaning of the individual colors, it will help you to better interpret your dream.

Dreaming of falling plane, exploding, plane crash – Dreaming of crashing, of crashing with the plane: there are really many people who suffer from aerophobia (fear of flying by plane): for them even the idea of ​​traveling by plane can make them go into a total panic; for this to suffer very often from nightmares in which their plane falls, crashes, catches fire, etc. In their dreams they are almost always found aboard the crashing plane, and they often dream of dying in the plane crash.

But all the particularly anxious subjects can manifest recurrent dreams with tragedies and aerial disasters: uneasiness, fear, anguish that they repress during the day find out vent at night in these catastrophic nightmares.

Keep in mind that if you suddenly wake up after falling, the dream may also depend on the physiological effects of ‘awakening’, a bit like all the dreams you fall into (see dreaming of falling).

Dreaming of surviving a plane crash – if you can save yourself, for example, by jumping off the plane before the impact, it is a sign that you are overcoming your difficulties and fears, you are becoming stronger.

Dreaming of seeing a plane fall, an airplane that falls, that bursts – the dreams in which we see a plane that flies in the sky and then falls are very frequent, it crashes to the ground; or it explodes and catches fire, and finally falls to the ground or into the sea, among the flames; many report the sense of sadness and helplessness they experience in witnessing this dramatic event without being able to do anything to prevent it.

This dream can warn you that in some area of ​​your life (sentimental, working, etc.) there is something that risks ending or failing suddenly; perhaps your ambition makes you chase unrealistic goals, too much above your possibilities. You could be in danger because of too much haste or because of your irresponsibility; it’s better not to run too fast, slow down and think better about your choices.

An airplane that falls or that bursts into the sky can also represent a relationship that has ended badly; the dream can happen under conditions of emotional stress, when you feel that the things around you are falling, when you no longer have control of the situation on the family level, in the couple relationship, etc.

The dream reflects your sense of powerlessness: you realize that things are not going well, but you don’t know how to avoid the worst.

Dreaming of hijacked, demolished, air attack plane – these dreams have become frequent especially following the terrorist attacks of recent years, from that of September 11 onwards. In addition to the anxiety for these events, they reflect the frustration of not having full control of one’s life, of having to undergo an unwanted change, but imposed by others.

Dreaming of an airplane falling on you and crushing you – for example, falling near your house, on your house, coming against the window and shattering it, or crashing into a building, a building …

These dreams represent traumas and destabilizing events what you’re undergoing, lack of certainties and certainties; the plane that enters the house from the window can also express a sense of invasion, lack of protection, vulnerability.

Dreaming of losing the plane – Losing the plane in dreams represents a missed opportunity: for one reason or another you can’t “take flight”; in the dream you might not be able to take the plane for various reasons: maybe you arrive late, when the plane has already departed; or, again, you get lost at the airport, or at the last moment you can’t find the ticket, you have forgotten it, etc.

Also in this case you experience anguish and frustration. The dream indicates that you feel trapped, you are experiencing an overwhelming situation: you would like to act more freely but something keeps you on the ground; it may simply be your fear of change.

Dreaming of a stationary plane that does not fly – that does not take off: a plane stalled, which fails to take altitude and fly refers to an idea or project that you have difficulty starting, you are encountering more obstacles than expected.

Maybe you’re not ready yet, or you don’t have enough energy. For a man, this dream could represent difficulties of a sexual nature (impotence, inhibitions, etc.).

Dreaming of delayed aircraft, which does not arrive, canceled flight – ideas that you had to put aside, desires destined not to be realized (at least for now).

Dead taking the plane, traveling by plane with a dead person – the journey by plane can be lent, in dreams, to represent the detachment from a dear deceased, whom we can imagine as traveling in the Beyond, in the Sky.

Many people who have dreamed of a plane or a terrible plane crash are terrified that it could be a premonitory dream, especially if they have to travel by air soon, or if a family member (son, husband, etc.) must do so.

This throws them into a state of strong anxiety, and sometimes they even give up the journey for fear that we can really verify what they have dreamed of.

In reality it is such a frequent nightmare that there is no reason to take it literally, it must be understood in a psychological sense as a manifestation of anxiety, doubt, uncertainty, disappointment, lack of self-esteem.