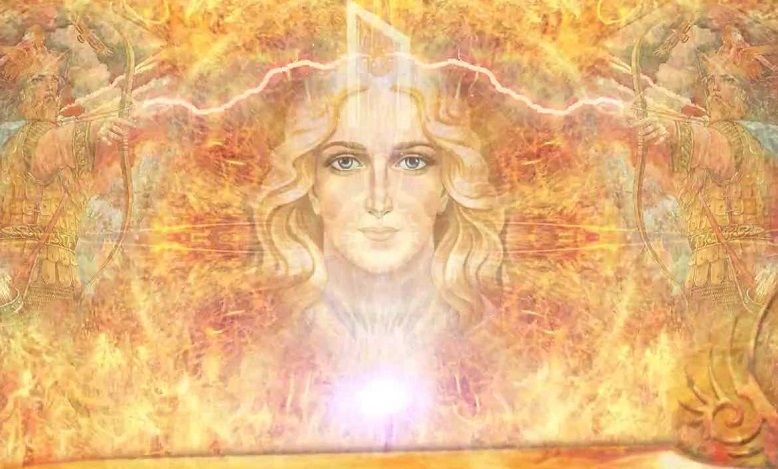 When one thinks of the Archangels, Uriel is always part of the list, yet there is much less information about him than Michele, Gabriele and Raffaele.

This contributes to making it the most mysterious Archangel, even if in fact it is not so.

In fact, Uriel is the Archangel that helps you the most, or it can help you in everyday life because it is the most easily contactable archangel.

You can ask the Archangel Uriel to be your Guide in any project you are working on and let yourself be guided by his answers that will come to your ear, or by signs you will encounter along the way, or by thoughts that will suddenly appear in your mind or with the two methods that I will suggest to you shortly.

The Archangel Uriel, whose name means “light of God”, is the Archangel of transformation and tranquility, because, if you ask him, he illuminates your mind with information, ideas and wisdom.

In fact, the task of the Archangel Uriel is to bring the divine light into the lives of his Protected.

If you are worried about yourself and your loved ones, do not hesitate to ask Archangel Uriel for help and protection. You can call Uriel whenever you find yourself in a problem situation and you need to get light on an issue.

If you experience anxiety, stress or insomnia or you feel discouraged and need to think clearly to find the right solution Uriel can be your guide.

The popular tradition wants Uriel the archangel to be invoked during natural disasters such as earthquakes, tornadoes or torrential rains, because it was He who warned Noah of the imminent flood.

For this reason, if a hurricane seems to have hit your life, ask the Archangel Uriel for help to restore calm and peace in your life.

Through these revelations he often gives us light in dark moments. Especially if we have stood in the same stage of development for a long time, Archangel Uriel may be the spark that sends us into progress.

Even if we have buried the light of God deep in us through many years of idleness, we can quickly strengthen it when working with Uriel. The urge for creation slumbers in all of us. It often lacks only courage or drive to live out this urge.

Archangel Uriel is considered the ruler of the starry world, the guardian of the laws of all worlds. In this function, Uriel is the archangel most strongly associated with the earth. He gives strength to all forms of life and thus not only strengthens us humans.

But one thing he gives us humans through our ability to experience emotions consciously, quite exclusively, namely the joie de vivre. Strengthened by his energy, we can better perceive the gifts of nature and make them contribute to our joy.

His sign is the flashing lightning and he was sent to warn Noah of the imminent deluge. Archangel Uriel can instantly convey inspiration and insights. He does not leave us alone, but accompanies us in the implementation and integration of brainstorms.

In summary, it is interesting to work with the energy “Archangel Uriel” for those who are in search of their inner light.

If you are at risk of getting into dark moods, or if fate has darkened your life, Uriel’s power can be very healing. Uriel conveys creative power and energy, structure and determination, manifestation, implementation.

This also means to bring divine vibration into matter. Its energy is powerful, invigorating, stabilizing, giving structure, grading, energizing and still calm. It helps to gain momentum and to focus its power on the goal.

The sphere of influence of Archangel Uriel is reproduced in many sources only in keywords. We ourselves would like to describe his field of application with examples.

Nevertheless, you should not be deprived of the buzzwords that are often used for the work of the archangel Uriel.

We would like to supplement this very abstract form of description with examples which make it easier for us to recognize our own situation in the life of Archangel Uriel.

The energy of “Archangel Uriel” is used for example:

Many archangels are associated with an ascended master. As beings of light, they work together on their mission to accompany us on our journey.

Despite this alliance, every archangel and ascended master remains a force of its own with its own powerful vibration. Archangel Uriel can assist the work with Ascended Masters Kamakura and Seraphic Bey.

Many of the light beings have a direct effect on certain chakras. The Archangel Uriel Talisman activates and harmonizes root chakra and solar plexus chakra, and is particularly suitable for chakra work in these areas.

Archangel Uriel is linked to the color red as the angel of wisdom. The symbolism of color red dates back centuries and its symbolic is important in many ways. The symbol of the red color, like all symbols, has both positive and negative values.

On the one hand red is the color of love, both earthly and spiritual, just think of the Sacred Heart of Jesus, of passion, activity, emotions, feeling, expansiveness, vivacity, blood understood as life, on the other hand it is the color of anger, violence, aggression, bloodshed.

In ancient Egypt the red had predominantly negative valences being tied to Seth, slayer of Osiris, who had eyes and red hair, while black had not such negative values ​​being the color of the silt, bearer of life, and Egypt itself was called Kemet, black earth. In the West it is often the Devil who is represented in red and black.

On the other hand, red is also the color of prostitutes and this represents its most earthly symbolism, linked to carnal love, and in fact in the Apocalypse, the great prostitute is cloaked in purple and scarlet.

But the same color symbolizes heavenly love, the passion for Christ and is the color of the Sacred Heart. As said, each symbol has positive and negative aspects.

In heraldry the various colors are combined and can vary in meaning. White combined with other colors will tend to enhance its positive meanings, while black will exalt its negative meanings. For example, black compared to red symbolizes carnal love and lower passions.

Other meanings that assume the color red are those related to the fact of being the color of fire, and therefore can represent fire, heat, energy and light. And since human action takes place during daylight, it also represents action in general.

White is the color that represents the light par excellence, but it does not go to symbolize the action, because it is linked to the idea of ​​natural sunlight not controlled by man, unlike the light of the fire which therefore better represents the will of the man to act.

It is curious to note that in the image of the Sacred Heart of Jesus we find the symbols of the rays to suggest light and flame to suggest warmth, meanings of the red color with which the heart is colored.

The red color symbolizes the action of attack and conquest and is complementary to the green that represents the color of conservation and defense.

In the ancient theory of the four elements the correspondences between color and element were: fire – red, air – blue, air – white, earth – black.

The symbolism of red in its negative aspect, as already said, is linked to violence and bloodshed, linking it to the myth of Mars, the god of war.

The choice to identify the planet Mars with the homonymous god is dictated by the color of the planet which is red due to the iron oxides prevalent on its surface.

Another reason that links red to war is the fiery red of metal in the furnace.