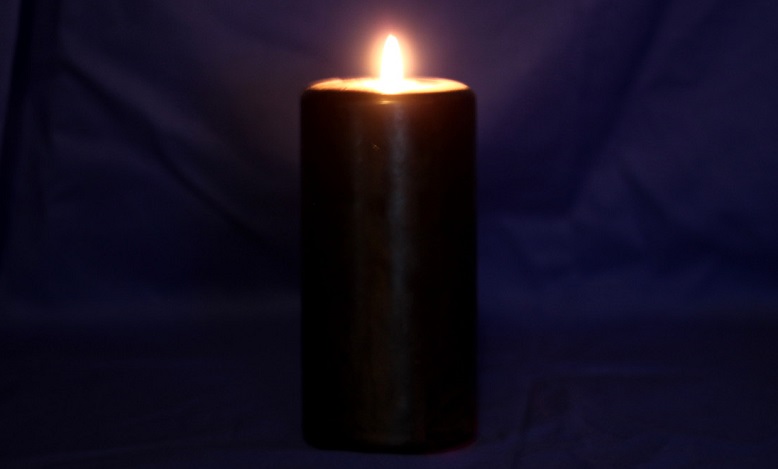 The meaning of black candles is one of the most enigmatic and asked in the world of esotericism thanks to its great power against hexes and spells.

When a black candle is burning it is taking with it all the negative energies and helping us in the process of purification of both you and your home, thus removing all the energies that are not beneficial to you.

We think that you would like to know much more about the meaning of black candles, that’s why we leave you with this incredible video. We hope you enjoy it.

The black candles are related to the bad and the negative, but you will be surprised to know that the black candles also have an affirmative meaning and that they can attract beneficial and positive energies and be used in rituals of white magic.

Of course, whenever a black candle is used it must be accompanied by a white candle. But we’ll talk about this a little bit later.

As almost everything in this life the meaning will vary and will depend on the hands in which they fall and the intentions of the person in question when using the black candles.

So without further delay we are going to tell you all about the black candles and we will leave under your responsibility the use you want to give them.

But remember, if you want evil to someone it is likely that it will come back for two thanks to karma. So I would think twice and spend my efforts to find something good and positive for me and mine.

We could say that there are two antonym meanings for black candles, the most popularized is related to everything bad, the negative energies, the occult, the mourning and death, the forbidden, the night and the darkness, that is the meaning of the Black candles in witchcraft.

black and white candles But as we already anticipated the black candle has the connotation of absorbing the negative energies that we want to transmit.

In fact, the black candle is used together with the white candle to eliminate the evil eye, envy, negativity … And one might think that the meaning of black candles in a grave could be to teach the path between shadows and dark ages.

Of course, there is always the question of whether they have performed some kind of ritual or witchcraft … in the face of doubt, better protect themselves, by lighting a black candle precisely next to a white candle.

The black candles burning are collecting all the negative energy and eliminating it, as well as helping us to make our way through the darkness.

But you also have to observe what the flame is like, how and where the wax falls and of course the shape that remains once the candle has been completely consumed, because of each one of those parts, so to speak, will be leaving us a message .

To interpret each and every one of these messages you can read our post “the meaning of candles when they are consumed” where you will find all the answers.

As we have already mentioned, the black candle is used together with the white candle to eliminate the evil eye and envy; and also to perform cleanings in the home of bad vibrations and negative energies.

So if you consider it appropriate, use the black candle for protection, because as we have been saying, it will absorb all the negative that you have wanted to transmit.

You could also use in substitution of both candles, the black and the white, a gray candle.

Also, you are interested to know that the best time to use the black candle when you go to perform a cleaning or other ritual is in the early hours of the morning.

The black candle also serves to move away and separate someone from our side that we consider to be more good than bad when we continue in their company.

So if you want to leave someone and you do not know how to do it, light a black candle next to a yellow candle or an orange candle.

Within the scale of tonalities, black is synonymous with elegance, mystery and authority. If we apply the theory of color, there are currents that ensure that it is not a color, but the absence of light, as opposed to white, which is the union of all chromatic waves.

However, there is a renewed tendency to give black his position as a color.

In the mystical world, the use of black is linked to self-control and resistance. The black stones, like onyx, are associated precisely with the power to give security to those who wear jewels or amulets inlaid with this stone.

In the field of fashion and decoration, black gives an aura of elegance, and is often linked with the most stylized images and contemporaneity. It is also associated with despair, as well as with loss, darkness and death.

In the esoteric field, black candles should be lit with extreme caution, as they are used to ward off bad energies and negative vibrations that may be present at home or at work.

In general, magic rituals are used to neutralize the bad desires or harm that another person wants to do to us, although there are also those who use them to the contrary: send energies loaded with negativity. When this is done, negative karma can be activated as a boomerang and, sooner or later, all this negativity that is desired to another is returned, even more so if the powers of darkness are invoked.

As you can see, it is a very powerful candle. Its function is to eliminate the negative energy of the environment, even to clean homes and businesses of dark beings, but if you do not know how to channel, that heavy load stays stuck, does not rise or transmute, making that there are still more obstacles in the way.

To counteract this, you must always accompany the black candle with a white one, so that you do not lose your balance.

The color black, representative of the night, keeps many complex, intense and powerful meanings. It is said that black is the absence of color, because colors are the product of light, and being black is more similar to darkness, it is understood that it is the moment where there is no light and therefore, lack of color .

The psychological part of the meaning of the color black, will depend exclusively on the culture and the environment in which this powerful color is implemented. It is usually associated with death, but among other meanings, we find mystery, loneliness, elegance, and evil.

It could be said that the color black is one of the most enigmatic we know. Not only because it is a strong color, but because it is a representative of lack of light, the unknown, the dark, the mysterious.

Given this, we can say that the meaning of black color, is then the opposite of white, which speaks of purity, innocence and all that is good. Black on the other hand, symbolizes sadness, loneliness and mourning.

In nature, the night sky, black and dark, is often frightening. The darkness itself generates angutia. It is then that black as the absence of light, receives all these negative qualities, charged with terror, malice and depression. In fact, we link this color to everything that is clearly negative.

We usually associate the color black with that which is bad and evil, bad luck and the devil. This could be due to the Biblical story about the flood, in which it was a crow, the bird with black plumage that would return without the branch that announced the proximity to land, but it would be then the white dove, the bird that returns and relieves the despair and the anguish when carrying a small branch imprisoned in its beak.

However, as we explained at the beginning, it also has other meanings, such as elegance. Black clothes, black suits and other clothing accessories, give a conservative look, denote authority and individuality.

It is presumed that those who wear black, are people of strong character, with a very marked personality, and even mysterious and thoughtful.

It is believed that those who usually identify with the color black or have it as their favorite color, are people with a fairly dominant personality, serious and sober, even a little intimidating. But again, all this is psychological.

In spite of everything that we have spoken before, the meaning of the color black, can vary according to the culture where it is represented. For example for the Egyptians, the color black was a symbol of growth and fertility, as it was the color they associated with the desert rain.

The same happens in certain African tribes. In Japanese culture, they associate it as a symbol of femininity, but also with the mysterious.

We can conclude then that the meaning of black color, throughout history, has been associated with many negative characteristics such as: death, pain, loss, loneliness, sadness.

It is not recommended to use this color for internal spaces of the home, as they tend to discourage and sadden our spirits.

However, when it comes to clothes, it is usually one of the most sensual, elegant and favorite colors when dressing and marking presence.