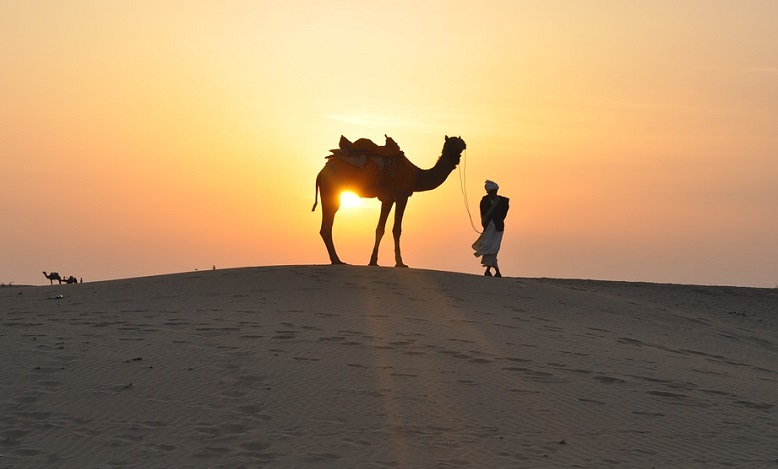 In today’s article we are going to talk about the camel that can be a very powerful spirit animal and totem.

We all know that this animal lives in deserts and it has long legs and long neck, as well as a hump on the back. When we talk about the camel spirit animal, it refers to the Arabian camel that was described many times in the Arabian tradition.

Since the oldest times the camel has been a part of the life of humans and there are many symbolic meanings that we can relate to this animal.

If you read this article, you will get to know what the camel symbolizes and what the camel spirit animal can mean. If the camel is your animal totem, you will probably recognize some of your most important traits, both positive and negative.

We will also tell you something about the camel dreams and their interpretations. If you have noticed that the camel is appearing frequently in front of you, then it could be your spirit animal.

What Does the Camel Symbolize?

When it comes to the symbolism of the camel, we have to mention first the symbolism of this animal in the Arabic culture. In this culture the camel represents wealth, abundance and money, but sometimes it can be also perceived as a symbol of admiration. If someone owns a camel or a couple of them, then this person must be very rich and also respected among other people.

However, we have to mention the symbolism of this animal in some other cultures and traditions. For example, among the Christians the camel is considered to be a symbol of dignity and honour, while in the Chinese tradition this animal is related to mystery and mysticism.

When it comes to the symbolism of the camel in general, we have to say that it usually represents persistence and endurance.

Also, it can be a symbol of strength that you will have if the camel is your animal totem.

The symbolism of the camel is also related to patience and stubbornness that may be your personal traits if the camel is your spirit animal.

The camel can also symbolize sacrifice.

Now when you have seen what the camel in different traditions and different parts of the world can symbolize, you will see some of the most important meanings that we can relate to the camel spirit animal.

The Meaning of the Camel as a Spirit Animal

It is known that the camel can endure a lot of time without water, so we can tell you that the camel spirit animal is a symbol of endurance. If the camel is your spirit animal, you will be able to endure many difficult things in your life and to overcome all obstacles on your way. 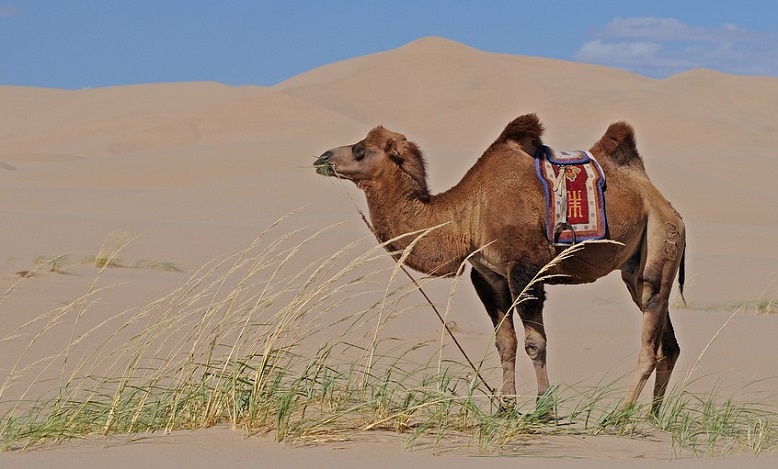 The camel spirit animal is also considered to be a symbol of sacrifice, which means that you may be ready to sacrifice for your loved ones.

However, the symbolism of the camel spirit animal is not always positive. Those animals are sometimes related to exploration and something unknown that may be in front of you. Very often those animals symbolize your spiritual journey and personal growth and they can help you learn a lot of things about yourself.

The camel spirit animal is also a symbol of wisdom and knowledge. If you meet this spirit animal on your life journey, you will have the opportunity to get new knowledge and to discover many new things.

The camel spirit animal represents patience and determination. It means that this animal will help you be patient and wait for the results of your work. If you are a determined person and if you have your own goals, then you will be patient in order to reach them.

We have also to say that the camel spirit animal is a symbol of hope, so you need to believe that better times will come.

Even if there is a lot of darkness in your life right now and if you are going through a difficult period, your camel spirit animal will give you hope and faith. It will help you believe in good things and have a positive attitude towards your future.

If the camel is your animal totem, then you certainly have a lot of good traits. You must be a persistent and patient person and you never give up from your plans and goals. People with the camel animal totem are also ready to sacrifice for the people they love. They are generous and ready to help others in any situation.

People with this totem are usually very positive and friendly. They are loyal friends and committed to their loved ones. If you are in a relationship with someone who has the camel as the animal totem, then you can be sure that this person will be faithful to you.

Also, those people are focused on their goals and they have good plans for everything they do. People with this totem are extremely confident in themselves and they think they can do anything they want.

But, they might be a little stubborn sometimes and they don’t want to ask other people for help, even though they are not able to solve something on their own. Stubbornness could be the only negative traits of people with the camel animal totem and it can bring them some kind of misfortune.

Adaptability is another trait of the people who have the camel as their animal totem. It is known that those animals are able to adapt to extreme weather conditions, so if you have this totem, you will also have the ability to adapt to difficult situations that may be expecting you in the future.

Also, it will not be hard for you to accept the changes that are going to come soon.

What If the Camel Crosses Your Path?

If the camel has crossed your path, it could mean that you should have faith in yourself and be patient, because success will come soon.

It is important to know that you can reach everything you want and there are no limits in this world.

However, sometimes it is good to ask someone for help and to accept the advice that your loved ones are giving to you.

Seeing the camel in front of you is also a sign that good things are expecting you in the future and all that you are doing right now will lead you to success, prosperity and love.

Dreams About the Camel – Meaning and Symbolism

The general meaning of the camel dreams is positive and they usually mean that abundance and wealth are expecting you in the near future.

Also, those dreams can mean that you will finally reach your biggest goal and your hard work and persistence will pay off.

Dreams about the camel are very often a symbol of a big financial gain that you can expect in the near future.

Sometimes dreams about the camel may be warning you that you should not sacrifice for some people who don’t deserve it.

You should think well and realize who your real friends are because some people may not be honest with you.

As you could see in our article, the camel spirit animal and totem may cross your path or it may appear in your dream.

Anyway, this animal will bring a lot of positive things into your life. It will help you believe in yourself and be persistent in achieving your goals.

Determination, adaptability, focus, endurance, strength and obedience are only some of the traits that we can relate to this spirit animal totem.