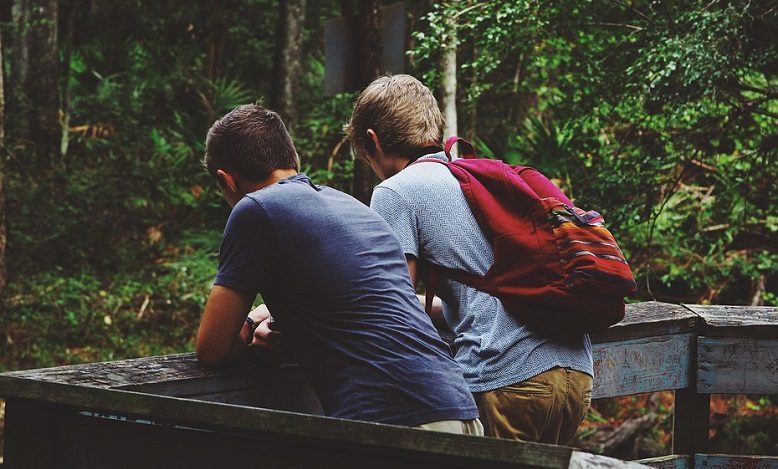 Dreaming of family and relatives is quite common: in fact, the family is the nucleus in which each of us grows and receives his own training, taking those values that will then become “accompaniment” for a lifetime.

Even if it is hard to admit it, the family “conditions”, for better or for worse, profoundly affecting the human being.

This explains why dreaming about it has such great importance and often causes disturbance and concern. In reality, the dreamer’s psyche enacts a sort of automatism, “exploiting” the closest people to bring out feelings and emotions.

But what does it mean to dream about relatives? What value do they have? Do they actually represent what they are in reality, or do they hide a symbolism?

The mother or the father, the sister or the brother, but also the relatives: all have their own “place” determined in the dream visions. In this article we will discover what it means to dream about cousins ​​(cousin or cousin).

As anticipated in the previous paragraph, the dreamlike visions that have family members as protagonists represent characters elaborated by the unconscious to leave a mark in the memory of the dreamer and induce him to reflection.

They can highlight a need to receive warmth or regret for the times that characterized childhood, when they felt pampered and cared for; they can also, on the contrary, be the spy of an intolerance towards these ties, bringing out an unresolved situation (a jealousy or an old grudge for example).

But it could also make you think of a pending account, which has not yet found a solution.

All this means that through these dreamlike visions the dreamer elaborates feelings or conflicts that are still open, or receives indications to experiment a different way of acting in cases where he feels a sense of unease.

This modality, concocted by the unconscious to induce the dreamer to bring order into his contrasting situations, emerged precisely through the images of family and relatives.

Let us now analyze some specific cases relating to dreaming of cousins, interpreting the different “situations” in which they appear.

First of all, it must be said that family members and relatives in dreams can be the symbol of what the dreamer does not usually allow himself in reality.

Thus, when she is a dreamer who has such a dreamlike image, and is absorbed in daily life by commitments and responsibilities, her cousin in dreams (like her sister or aunt), represents an aspect of character or a role in society that she he cannot afford to demonstrate.

For example, the desire to live one’s femininity in a more open and free way, or not to fear the approval of others, or even the need to devote more time to one’s needs.

The same situation occurs for men: the physical and behavioral characteristics attributed in dreams, compensate those that are the gaps in the dreamer’s life, his frustrations and poorly channeled energies.

Another image related to dreaming about cousins, concerns a dead cousin or a dead cousin, and means the difficulty in accepting the incident, or in any case the lack deriving from the absence of the dreamed relative.

On the contrary, if the cousin or cousin are alive, the dream could represent anxiety towards a relative in difficulty or in precarious health conditions.

Finally, a pregnant cousin is connected to a new and incipient life project by this person. This, in the dreamer, would result in the fear of being neglected, no longer receiving the attentions of the past.

Cousins ​​in dreams: dreaming of one’s relatives in the dream world is a fairly common thing, their presence in symbolism, evokes emotions, memories and nostalgia of the past whether to dream of distant or married cousins; on the contrary, if seen recently they can have a different meaning.

What does it mean to dream your cousins? Whether it’s your cousin, or my cousin, dreaming of a cousin or cousin might reflect the lack of respect of that relative or the nostalgia of emotions that take us back in time.

In other cases it could also be that you have a few pending accounts with one of your cousins ​​which is why you appear in a dream.

Dreaming of a pregnant cousin – In the world of dreams, it could mean that this person is about to start a new life project, and you are probably afraid that he will no longer devote you the usual attention; you may be simply jealous, or it might please you, but that depends on your relationship with her; sometimes it can also hide a fear.

Dreaming of a dead cousin-  dreamily speaking, dreaming of a dead cousin alive can be very common, the dream symbolizes your difficulty in accepting what happened or in any case the lack you feel of his absence, vice versa if the cousin or cousin in question were live, the dream could represent your apprehension towards a relative probably in difficulty or with health problems, in other cases it could also be that you have left something pending with that relative and unfortunately you have never had the opportunity to fix things , therefore the dream could spring from a regret of the dreamer.

Dreaming of distant cousins – when we dream of distant cousins ​​with whom we do not have much treatment or simply do not see frequently, means that success will come, both personal and family prosperity, good news in the family, such as resolving a legal problem.

Dreaming of dead cousins ​​/ cousin – depending on the situation and emotions they have during sleep can mean that we must change our attitude and behavior when facing an obstacle or problems, whether personally, sentimental or work.

However, this dream indicates some conversation, departure or visit that was not made while our family member lived.

Dreaming of a sick cousins or cousin – when we have these kinds of dreams, it is not always because our cousins ​​are sick or will be, some close family member may be going through this situation and the results are not favorable for that relative.

Dreaming crush on cousins – when you dream that we are in love or our brother or sister is in love with a cousin, although this frowned only means that they accept themselves as they are, both parties recognize their virtues, defects and accept them.

In these dreams he shows us our fears, fears and circumstances that we fear to face or which we are going through.

These dreams can tell us in a certain way what we must face, but it does not tell us when and where the events will occur.

Dreaming of cousins depending on their closeness tells us if our news will be good or bad.