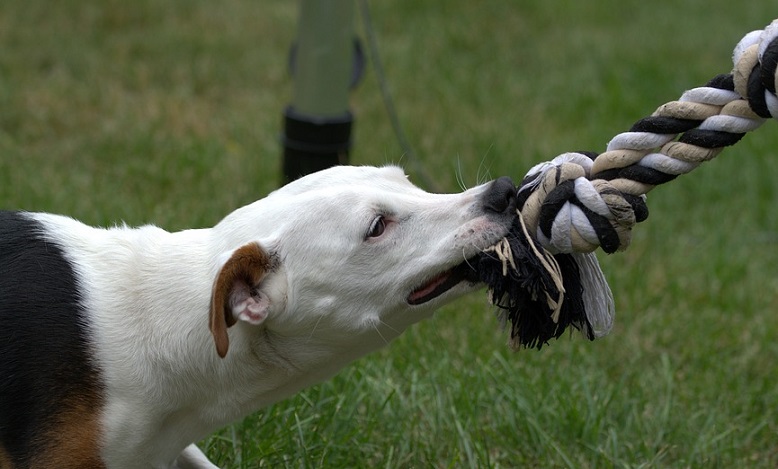 The dog, as we know, is man’s best friend, a support, a companion, a guide. The dog is in fact capable of defending his master or whoever takes care of him to death. But what happens when a dog becomes part of a dream and is portrayed with an open mouth, like biting something or someone?

Let’s understand it together and we also understand which lottery numbers to associate with this type of dream experience.

If a relationship of love, dedication and trust has been linked to this figure even for a moment, this person could be represented by a dog in your unconscious.

The dog as a symbol in general has really ancient roots, once it was thought that it even led souls after death to the afterlife. Conversely, some religions make the dog an impure animal because it loves filth, feeds on carrion and has no intimate restraints.

By attaching themselves to this vision, the dog becomes a symbol of one’s instincts, which need an outlet. The connotation of the dog becomes more and more precise if, for example, you have a dog that carries out a specific action and for example bites.

Dreaming of a dog that bites indicates that a situation that is currently familiar and serene could change and become hostile. It then becomes a harbinger of discussions with the partner or family, of a period of little serenity in which you will be on several threatened fronts. The general meaning is this, and it is applied regardless of where this dog goes to bite.

However, the connotation may change depending on the type of dog that is in front of you. If the dog is black, big, with sharp teeth in sight, it is possible that the unconscious is preparing us for a big problem that we will have to face in our lives. The presence on the scene of the dream of details or particular people, will help us to understand on what area of ​​our life the problem could arise.

Returning to the type of dog it is good to note even if the same is a dog known or not. In the first case, the dream does not have to worry. It could simply represent the image that that dog left on our unconscious. As real places and people come back in dreams, even for dogs this can happen.

If, on the other hand, we do not know the dog, it is necessary to better analyze the dream and understand on what theme of life we ​​must begin to open our eyes.

Then there is a situation in which the dream brings a violent dog to the stage and bites with the aim of making room for our aggression.

It happens in fact that people or episodes make us angry, and it also happens that we don’t have the strength to react. It is for this reason that the dream manifests the vent in the dream and in the form of a dog.

In dreams knowing how to grasp the correct symbolism is everything, as it is the only way to be able to interpret them in the right way, evaluating beyond this also the sensations we felt during sleep. Among the most frequent symbols in the dream world there are undoubtedly animals, to which particular meanings are attributed depending on what we have dreamed.

Let’s talk about dogs, for example. In dream the best friends of man rightly symbolize the closest relationships, such as those that take place within the family nucleus or in the closest network of friends. The dog in fact symbolizes loyalty, trust and even life as a couple, which is why it is often associated with a person of importance to us, such as the partner.

For this reason, the mood and reactions of dogs in our dreams, identify the quality of our interpersonal relationships, starting from the family, including husband and children, to the circle of closest friendships. In light of all this, dreaming of an angry dog ​​that bites us is a signal launched by our subconscious to warn us about our relationships.

In real life a dog bites by instinct for survival, whether it is derived from the fear of being overwhelmed by those in front of it or the need to feed itself, putting into practice its predatory instinct. In the dream the bite can mean instead that we have offended someone very close, so as to “deserve” his punishment.

Basically there can be a betrayal on our part, an offense against someone who makes us feel guilty and that our inner self transforms into an aggressive reaction on the part of the offended, in the form of a dog bite.

It could also be a different condition, practically the opposite. Perhaps we feel that someone in real life is not sincere with us or perceives that he could hurt us. In this case we are the ones who are scared and injured when we are awake, just like we are in a dream because of the dog that bit us.

Another interpretation of this particular dream is a possible inner conflict. In this case the angry and biting dog represents ourselves, our dissatisfaction or a situation that is wearing us down in real life.

It could be a decision to be taken that sees us in profound doubt, but also a condition in which it is difficult to do something because it is very complex.

Dream about a quiet dog – it is an image linked to the body, to instincts, to the defense of one’s own well-being and territory. Linked to the relationship lived with loyalty and commitment, to satisfied intimately, to friendly relationships and to conciliatory relationships with others.

Dreaming of a growling dog – refers to the aggressive drives and the fear that they can take control. Dreaming of a dog attacking refers to the dreamer’s fears of not being able to defend himself from the fury and aggression of others. Dreaming rabid dog can indicate internal conflicts

Dreaming of a dog that follows you – may represent a neighbor, the partner, the mother, the father, a protective and understanding figure.

Dreaming of a dog that defends the dreamer – it can be linked to the need for support, help or the need to delimit a territory and set boundaries to the claims of others, to assert one’s ideas and opinions.

Dreaming of a dog that bites – (often painful sensations are also felt) it can refer both to instincts that take over in an uncontrolled way damaging the dreamer, and to a physical malaise whose painful symptom is transformed into a dream image to avoid an early awakening.

Dreaming of a dog that bites you can be a warning message to someone or something that threatens the dreamer.

Dreaming dog that bites the dreamer’s hand – can be interpreted metaphorically. Think of the expression: “bite the hand that feeds you”. Perhaps someone proved ungrateful or turned against the dreamer.

But the same image can refer to the dreamer himself: some internal drive has blocked him and prevents him from acting, from “doing”.

Dreaming of a black dog that chases you – they are very common images. Often the black dog in dreams growls, bites or has a bad air.

As if the symbolism of black color (radically, negativity, mystery, occult, evil) accentuated the negativity of the situation, proposing itself as a signal of some fear or real threat, or bringing to the surface, once again, the need to confront oneself with the most disowned instinctive impulses or with temptations.

But it can also happen to dream of a good black dog that can signal the knowledge and acceptance of the disowned parts, instincts that have been innocuously channeled.

Dreaming of a male dog – in women’s dreams can refer to the partner. In a man’s dreams he refers to his own masculinity and the expression of natural aggression

Dreaming of a female dog – will include all the negative meanings and intimate allusions associated with this epithet.

Perhaps a female figure close to the dreamer is judged a “bitch”, perhaps she is behaving in a intimately provocative and unscrupulous way, a way that a part of herself judges as a “bitch in heat”.

Thus the most rigid and critical parts of himself, expression of a strong super-ego, intervene, creating this explicit image in the dream.

We are so sensitive to the conditionings of language that similitudes, metaphors and ways of saying things are absorbed unconsciously and form a network of connections that are taken and staged in dreams with great ease.

The dog in dreams indicates the “animal part” that exists in the human being, a part linked to instinct in all its forms, but which can appear “domesticated”, partially integrated and recognized at the level of consciousness.

Dreaming of dogs brings to light the instinctive nature that can be understood and accepted and that finds a way to express itself in the reality of the dreamer.

Even the fear felt towards the dog in dreams, can be processed and transformed as an aspect of one’s natural aggressiveness that is channeled and contained (for example anger or repressed intimate energy that must find an outlet).