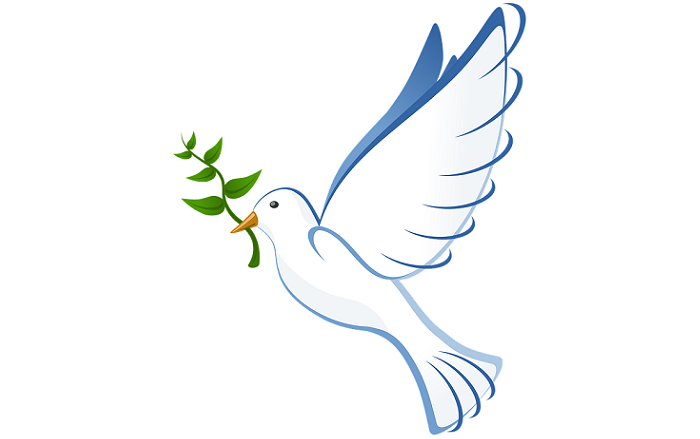 It is known that birds are very powerful spirit animals, so there are many stories and myths about their symbolism.

One of the birds whose symbolism is more than interesting and present in different countries and cultures is a dove. It is one of the birds that can be tamed without any difficulties.

In most countries and traditions all over the world an olive branch represents victory and peace. This symbolism comes from the ancient Greek culture, but it is popular in other cultures as well.

Now you will see what it means when you see a dove with olive branch. You have probably seen it a couple of times, but you didn’t know what it means.

We are there to help you discover its meaning and symbolism, so we hope that you will find useful information in our article.

The Symbolism of a Dove

When it comes to the symbolism of a dove, it refers especially to a white dove. This bird has always been considered as a symbol of innocence, purity and peace.

It is interesting to mention that it was said in the New Testament that the Spirit of God is commonly compared to this amazing bird.

Nowadays doves have a very important role in different traditions all over the world. Among the Christians this bird is considered to symbolize the Holy Spirit.

However, there are a lot of other meanings that we can relate to doves. Those birds can symbolize motherhood as well. It is interesting to say that doves can produce milk on their own.

We have already mentioned that a dove is usually associated with Venus and Aphrodite, but it is also related to the mother Mary who comes from a legend made by Christians.

In this context a dove is a symbol not only of peace, but also a symbol of purity and devotion.

However, the most important meaning that we can relate to doves is peace. It is believed that this bird can sooth the worst thoughts and help us get rid of all worries that we have.

Also, doves teach us that peace is most important and there is no situation that could not be solved in a peaceful way.

Of course, a dove is a very powerful bird that comes from the spiritual world and we should not forget that. This bird can bring us important messages and its symbolism is very rich.

There are so many meanings and traits typical for doves, but in this article we will be based on peace as one of their most important characteristics.

The Symbolism of an Olive Branch

The symbolism of an olive branch is also related to ancient Greece and the time before Jesus Christ. There was a goddess in ancient Greece who loved olives very much. Her name was Irene and she was the goddess of peace.

There was also a belief that an olive branch can make the evil spirits go away.

There is also another story from the Greek mythology. Actually, it is believed that Greek goddess Athena gave the olive trees to the city of Athens and its people. It was the biggest gift that the city of Athens has received at that time, because it was known that the best oil comes right from Athens.

When it comes to ancient times an olive branch was mentioned many times in different texts and in the most of them it was used as a symbol of peace.

The Symbolism of a Dove with Olive Branch

This symbol is present in all countries all over the world. Now you will see where the symbol of a dove with olive branch comes from and when it has appeared for the first time.

It is believed that this symbol comes from the Bible. Actually, for the first time it appeared in the story about Noah’s Ark.

In this story Noah used a dove in order to check the condition of the world after the big flood.

After releasing the dove, it came back to him having an olive branch in the beak. There was a message hidden in the olive branch and it said that God and people are at peace again.

Even though a dove with olive branch was mentioned already in the Bible, its symbolism was officially accepted after the Second World War.

We have also to mention that the symbol of a dove with olive branch was used by Pablo Picasso.

In the year 1949 he painted a dove with olive branch and this way he suggested peace in the world. His poster was presented in the World Peace Congress and it had some divine elements on it as well.

Anyway, this poster is known as a symbol of peace, harmony and beauty. It is interesting that Pablo Picasso created a couple of variations of a dove with olive branch in its beak.

However, in the other half and also at the end of 20th century a dove has become one of the most important symbols for peace all over the world.

Nowadays symbolism of a dove with olive branch is also popular in most of the countries. It is a universal symbol of peace and many times it is used in politics.

This way a dove with olive branch can determine peace between two or more countries.

A dove with olive branch is also a symbol of harmony and it indicates that a war can bring nothing good to us.

We hope that you liked this article about a dove with olive branch and we are sure that you will pay attention if you see it somewhere.

Your first association will be peace and you will not have a problem to understand what is the message that a dove with olive branch brings with itself.