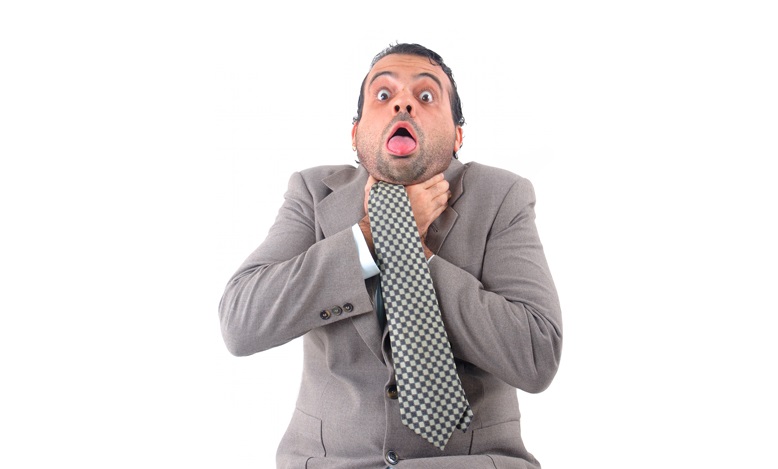 Dreaming of suffocating is a terrible dream and is accompanied by intense physical sensations that easily cause awakening.

The feeling of suffocation is often caused by real sleep apnea or lack of air due to colds, lung diseases, obesity, hypertension or simply sheets and blankets that cover the nose and mouth during sleep.

Sensation of asphyxia in dreams can also occur during sleep paralysis, when something is felt weighing over the chest (sometimes a cat, sometimes a disturbing presence) amplifying the already terrible sensations of these nocturnal experiences.

Therefore, the dreams in which one feels suffocated will have to be monitored carefully, because they can be the light of some pathologies as well as the reflection of a general malaise which must be remedied.

Dream of being Choked – Meaning

aspects of the personality that do not find space in the psychic dynamics of the dreamer, which are not expressed, which are “suffocated” by other more integrated parts, accepted by the conscience (often linked to responsibility and duty).

Think of the very common verbal expressions in which the “metaphor of suffocating” appears, which make us understand how deeply rooted this image is in the collective unconscious and how effectively it signals repression or oppression:

Dreaming of not being able to breathe can reach the culmination of an already unpleasant and dramatic scene in which one is put to the test or feels destabilized, so that, besides the discomfort and fear, one ends up experiencing anguish , impotence, lack of control, despair.

Suffocating in dreams reflects both objective and subjective aspects in the life of the dreamer and the sense of alarm that it provokes is functional to a reflection on oneself and on what one is experiencing.

The dreamer will have to ask himself when and how he tends to be “suffocating” with the person in question, in which areas he represses and oppresses her.

Or what are the aspects of that person that are intolerable to him, that he wants to eliminate, hide, and destroy.

The symbolism of suffocating in dreams is linked to that of air, to the “pneuma”, a vital breath that maintains the life of the human body and the lack of which results in death.

Breathing is automatic and necessary, suffocating is the situation that interrupts this natural automatism and causes terror and rejection in every cell of the body that does not resign itself to this lack.

Dream of being Choked – Symbolism

Dreaming of suffocating – then represents an existential condition in which the dreamer is forced to face what for him is “lethal”, what causes him fear and anguish bringing attention to a reality that probably has the same suffocating effect on the mechanisms suffocating of the everyday, on negative, suffocating, uncontrollable relationships.

Another facet in the symbolism of the lack of air is associated with “logos”, the world of ideas, the needs of the mind, so that the same dramatic feeling of suffocation can indicate worn-out, stagnant thoughts that “suffocate” new ideas and hampering the inevitable transformation that is an indication of every evolutionary path.

Dreaming of suffocating and not being able to wake up – after excluding any physical component related to sleep apnea or mechanical obstacles that prevent the passage of air (covers on the nose), you will have to reflect on the equally suffocating situations you are experiencing.

Situations that are perhaps accepted as something normal, as habits, as necessities or responsibilities, which are not considered as components of malaise.

Even the fact of not being able to wake up in the dream, in fact, has a meaning linked to the lack of attention and self-care, to the need to be “awake”, to “wake up” to one’s needs.

Dreaming of suffocating with something in your throat – objects that in the dream go sideways and close the passage of air causing suffocation are remembered, they are symbolic indication of what oppresses the dreamer and makes him sick, or of the part of himself that suffers for what he cannot express freely.

Dreaming of suffocating with saliva – saliva is an organic liquid that sometimes alludes to sperm, sometimes to fluidity and elasticity in communication.

Dreaming of saliva that suffocates can indicate situations in which one’s willingness to listen becomes excessive and ends up suffocating one’s own needs, or equally overwhelming sexual contexts.

Dreaming of suffocating with food – this dream can highlight a particular food that is harmful to the dreamer (when food is remembered), or it can indicate what the dreamer is doing to “feed” (learn, grow): apprenticeship, study, training that have become “too”, which are a source of stress.

Dreaming of suffocating with water – when it is the water that closes the throat and prevents the passage of air, you will have to think about the emotions that are driven back into the depths, suffocating the dreamer.

Emotions that are not expressed (carried out) out of fear or shame and that magnify, suffocating all joy and freedom.

Dreaming of suffocating with hair or hair – terrible and very common dream that can allude to all thoughts, words and “suffocated” reactions, to things that are not spoken, but that continue to invade the mind of the dreamer, who jams.

Dreaming of choking with a chewing gum – in this image the “chewing” that ends up suffocating and choking, can indicate an analogous “chewing”, a metaphor for a stirring of thoughts and obsessions.

The chewing gum that ends up in the throat is also an invasive external agent: something or someone you have dealt with, but whose presence ended up oppressing the dreamer.

Dreaming of strangling someone – if he is a known person, the dream will refer to feelings of anger towards her that are repressed during the day and express themselves in the dream with violence.

But this dream also has a symbolic value linked to repressive interventions by the dreamer on that person, to trying to limit his impulses, his desires, to suffocate every fantasy and ambition.

Dreaming of suffocating a cat – is tantamount to trying to suffocate the sense of independence, of pleasure, of sensuality within oneself, suffocating a certain natural selfishness that often frightens the primary parts of the personality.

Dreaming of suffocating a child – it means repressing the impulses, the curiosities, the natural desire to explore and to know. It can refer to a real child or your own inner child.

Many people who suffer from sleep apnea tend to relax the muscles of the tongue, which closes the access of air to the lungs: all this leads to breathing difficulties.

These also affect the unconscious and lead to dreaming of suffocating.

However, it should be noted that in people suffering from sleep apnea, choking dreams do not occur more frequently than in normal people.

Suffocating in a dream is associated with insecurity; you should therefore ask yourself what are the aspects of your personality that need more space to “breathe”.

These dreams can cause anxiety and often cause a sudden awakening from sleep.

The suffocating in a dream, being suffocated, having no air available to breathe, shows a sort of conflict with oneself, usually a conflict between the internal and the external world.

Dreaming of suffocating should, first of all, however be taken as an alarm bell and go to the doctor for a thorough check of breathing, secondly it could indicate, for example, that he is the victim of a particular type of love that is so protective from feeling suffocated.

Perhaps you feel driven to do something you don’t want to do; it is a sure sign that one feels overwhelmed by external forces and that one is aware of the inability to manage one’s environment. There are restrictions on one’s freedom.

It probably also means that you want to change or you are trying to change some aspect of your life, but you don’t know how to do it.

Suffocating in a dream somehow portends the end of an illness, but also the possibility of being envied by others for something you do or own. Sometimes, this dream heralds a lack of money.