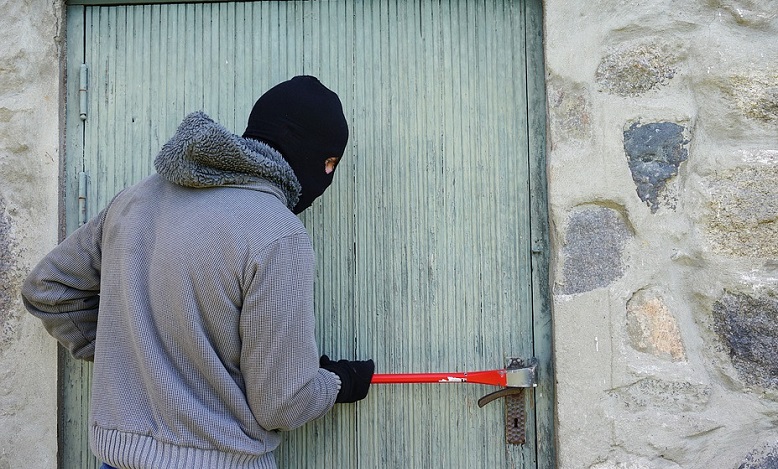 Dreaming of thieves entering your home is a very distressing and also very common dream.

According to popular tradition, dreaming of thieves who steal at home involves gains and honor. But let’s see what meaning thieves have in their dreams from a psychological point of view.

Some people often dream of thieves, for them it is a recurring dream. In addition to the psychological meanings described above, this dream can often occur in those who have suffered the trauma of a theft.

It is the most common “thieves” dream; being at home, at night, and hearing the thief trying to enter; or see him on the balcony, or behind the door, and be afraid that he will come near the bed where you are sleeping. If you feel like being ‘paralyzed’ while doing this dream, it could be an attack of sleep paralysis: it can give hallucinations where you see ‘intruders’ entering the bedroom, black-clad men you can’t see the face, hooded or with a balaclava.

Otherwise, excluding this problem, dreaming of thieves at home indicates that there is probably something unpleasant that threatens your privacy and makes you feel unprotected, not safe. The thief who enters the house could also be a real person that you feel like a “rival”, or at least like someone who can “steal” the things you care about.

The thief, metaphorically, can be something / someone that takes energy from you; or it can also be the representation of a part of you that “steals” something from yourself or others.

The thief may also represent aspects of his personality that are not admitted to consciousness, or that are repressed. The energy with which they try to “enter” into consciousness can be represented in the dream with the image of the thief who forces the lock, which hits the door to enter the house.

thief with gun In some dreams you can find the house burglarized by thieves, perhaps devastated by damage, with all the broken furniture, and all the messy things; or you might just surprise the thieves inside the house while they’re stealing; then in the dream you could run away, or face the thieves, beat them, chase them, or even kill them.

Dream of home invasion (women) – If a woman dreams of a thief entering her home, this may indicate that she has difficulty in accepting the “animus”, i.e. the male image according to Jungian psychology; the thief is a hostile representation of the male principle, seen as something that steals and subtracts, rather than as something that enriches and completes.

Dream of being attacked in home – Being attacked by a thief for a woman can be a dream that originates from a denied or repressed sexual desire; the thief who enters the house at night, who breaks through doors, who attacks the woman (especially if armed with a knife, pistol, etc., all phallic symbols) is an image of the force of Eros and serves to satisfy the forbidden sexual desire. This distressing dream is typical of women who cannot satisfy their sexual needs.

Finally, it can happen to a woman to dream of a thief when she is pregnant: in fact, the dream is a concern that her body (home) was “invaded” by the fetus (thief).

Dreaming of being a thief – Try to think if there was an episode in your life where you stole something; even petty little ‘thefts’, perhaps in childhood or adolescence; even small items. Or if there were episodes in which you reproached yourself for “little honesty”: maybe you failed to return an excessive rest, or an object that was given to you by mistake. It may be that the dream was born from the re-emergence of these memories.

The place where you are performing the theft can help you in the interpretation: maybe the place is a symbol of activities or situations in which you felt you lacked something, and for this in the dream you stole right there. Probably what you steal is a symbol of something you know you can’t have.

Dream of house burglary – Falling victim to a burglary or noticing an intruder is a nightmare for many people. In fact, the reverse is true, and dreams of burglary are often perceived as nightmares. If we dream of a break-in, there is always a connection with the transmitted penetration into the subconscious.

Dreams of burglary can take many forms and it is of great importance, whether one is the victim of a burglary in the dream, breaks itself somewhere or whether it comes to a confrontation with a burglar or intruder. What all such dreams have in common is the relation to the violation of private or private sphere.

To interpret dreams of burglary, one must logically always pay attention to the dream context. If you yourself have been the victim of a burglary, your dreams are usually the memory of it. In this case, the dreams are to be interpreted as a sign of the processing of this event. If such dreams occur frequently in this context and have a nightmare character, a visit to a psychotherapist could help to process the experience so that the experiences do not develop a trauma or a permanent state of anxiety (chronic anxiety disorder).

If no link can be established between the dream and a real burglary, the dreams have a different origin. In most cases, the cause of burglary dreams is an experienced or feared violation of privacy or one’s own psychological limits.

Dreaming of a burglary thus symbolizes a sense of fear and oppression. Often, these dreams are responses to someone in the watch world hurting the dreamer’s privacy, perhaps blabbing private, intimate things. Or someone forced him to divulge something he preferred to keep secret.

Another interpretation is the fear of letting someone get too close. For example, those who have an intimate and intense love relationship and are suddenly confronted with the separation because the partner wants to be with someone with whom he or she has cheated the dreaming for quite some time, not infrequently develops a mental defense mechanism to him hinders to love a human again or to let it happen.

But if the dreaming develops feelings for another person, it is precisely this fear that shows itself in the form of burglary dreams. As a result, he should process the experience and try to reopen.

The importance of a burglary area can also be related to an internal imbalance. Maybe the dreaming is just discovering new sides of himself and shows character traits that he himself does not fully understand.

Here is the dreamed slump for the acceptance or non-acceptance of these sometimes rejected personalities.

In the dreams the not only superficial change of the character shows up.

According to C.G. Jung, we were all born with a collective subconscious, which consists of several parts that make up our personality.

However, some personality parts are promoted while others are suppressed. In our dreams all parts of the personality, even those who do not want to accept, express themselves.

If you unexpectedly live out of it, you quickly get the feeling that this part has invaded the consciousness – or otherwise – broken.

Dream of facing a burglar – If you confront the intruder in the dream and confront him that is a positive signal for the progressive processing of the experiences that cause the dreams.

Conscious confrontation in the dream is a thoroughly tried and tested tool of nightmare therapy using lucid dreams.

Dream of being the burglar – Sometimes, in your dreams, you yourself are a burglar or an intruder. Usually this means that you either have the desire to get close to someone or you feel uncomfortable about being too close to someone.

In both cases, the aim of the break-in provides clues as to which person and which emotional realm it is.

Feelings of positive feelings during a dream break-in usually indicate a desire for a connection.

However, if the emotions are negative, you may feel remorse for an act that has hurt someone emotionally.

For most people, it is a nightmare to come home from vacation and find someone has broken into their home. It’s even worse when you hear noises and notice that a burglar is in the house.

You get scared because you do not know if it’s a simple thief or an armed murderer or rapist.

Apart from the uncertainty of whether the perpetrator will return, just remains this uneasy feeling that someone has invaded their own privacy.

Since your own four walls always mean security and protection, it is not uncommon for us to feel uneasy even in a dreamy burglary.

In the dream, one’s own four walls stand for the psyche, including the subconscious, with which we can only communicate in the dream.

To find an intruder there or traces of a burglary, we are unsettled, because our psyche is a much more private area, as it represents our apartment in the guard world.