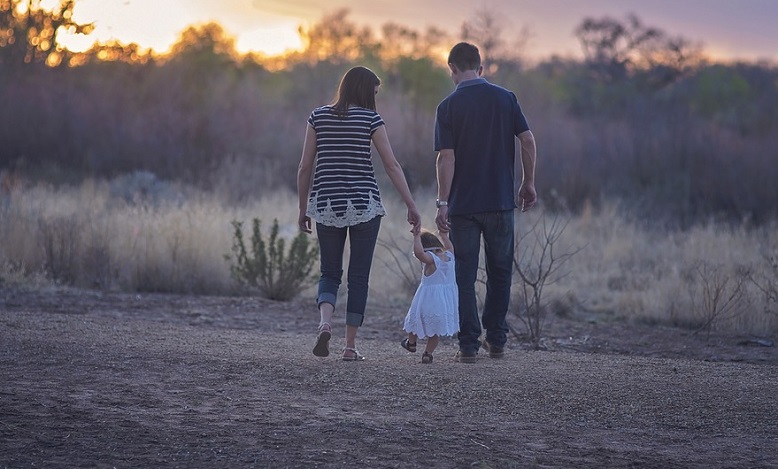 Our parents play a central role in the lives of many people. At best, parents give strength and support, are the caregivers.

Sometimes, however, the relationship with one’s own parents is also less positive because it can be clouded, for example, by quarrels or disappointments, or the contact can be completely broken off.

Since parents are so important in real life, it is not unusual for them to appear in the dreams of many people. The situations can vary as well as the perceived emotions can be different.

But how can the dream symbol “parents” be interpreted? What does it say about the dreaming and his actual relationship with his parents?

According to the general interpretation of the dream symbol, parents often reflect the real relationship with them in dreams. Often this is associated with a deep love and the feeling of security.

Maybe the person concerned is currently in a difficult phase of life or feels that the harmony in his self-founded family has to be re-established. His subconscious reminds him in this case of the positive memories of his own childhood and his desire for help finds expression.

This is also true when the parents of the dreaming already died in waking life. The opposite is true, however, if the person concerned has negatively perceived his own childhood: In this case, the dream expresses a defense against the advice and help of other people.

Anyone who dreams of being abandoned by their own parents can understand this as a symbol that they care about their financial future. If the parents return in a dream, this concern is probably unfounded. But if he stays alone, the dreaming should try to reconsider his financial situation and prepare for losses.

Dreaming women from their father can express this on the one hand a strong attachment and love for him.

At the same time, these dreams also include an invitation to focus more on one’s own masculine side. The reverse is true when men dream of their mother.

According to the psychological interpretation, it is also assumed that the appearance of one’s own parents in a dream processes the actual relationship to them. Some psychoanalysts also see in the figure of the father a symbol of the directing morality of the dreaming.

In addition to his moral awareness, the father also stands for strength and leadership. By contrast, the mother usually symbolizes the strong power of the mother-child relationship. It is an expression of security and emotional warmth.

Moreover, the appearance of the mother in the dream can also be regarded as an indication of the subconscious: the dreaming yearns for more autonomy and independence.

Even in the spiritual dream interpretation, the parents can be seen as a symbol of security. Through these dreams, the person concerned should also be made aware of his affiliation with his spiritual group.

For those who have a good parenting relationship, the parents are usually two of the most important caregivers. If you have any problems, ask for advice or seek comfort and security there.

Therefore, a dream in which the parents are suddenly dead is often very frightening or disturbing. One wonders what such a dream should mean.

Many dreamers report sleep situations in which they have seen their dead parents. At the beginning we would like to analyze this dream with the dead parents: There are people who are happy to meet their parents in the dream experience – after all, they have already passed away in reality.

The dream of people present in their daily lives is quite usual. Seeing one’s parents in the dream in particular symbolizes both concerns about them and the fusion of feminine and masculine aspects in one’s character.

It is a very common and frequent dream for men, women, adolescents, boys and girls. It is curious how children who dream their parents usually remember the dream very easily.

Their parents in a dream symbolize the help of superior and influential people when it comes to facing the challenges that present themselves. Many times, the dream of parents also means that their behavior towards the dreamer is not adequate; therefore, it will be necessary to discuss how to improve the relationship.

If you dream of the parents of other people, we will announce pleasant news about a project, a job or a business. Dreaming of parents with children means security, help and protection at all times.

Dreaming of seeing your parents happy and enjoying good health– means that you will enjoy well-being and prosperity at home; but if you see them dead in a short time you will find yourself facing difficulties and problems at all levels. If you dream of parents who unfortunately have already died, it indicates that you are distressed and need support and consolation.

If one’s parents are alive – but dead in the dream indicates that there could be some major changes in life. It will take some time to adapt. If a young woman in her dream sees her parents happy and excited about something, the dream expresses the search for approval for the wedding she is planning.

Seeing your parents together in a dream – is a sign that there will be important decisions to make. The father reflects the conscience or ability to make choices between good and evil.

The mother represents intuition or ability to think ahead. If you dream of your mother dead some time ago, the dream heralds that in the most difficult moments you will be helped by well-known and influential people.

If in the dream we see that, for something negative that one has done, one’s father behaves severely, it means that one feels guilty for some mistakes made in the past.

If you hear his voice even if you do not see it, it means that you are not behaving properly and that you should improve your behavior; and if you see him crying, the dream prefigures the occurrence of unpleasant events or events that will bring anguish and despair to the family.

Dreaming of arguing with your parents – means that you are not satisfied with the current situation and want to be free to make your own decisions. Dreaming of giving gifts to parents is a recurring dream in people trying to find recognition of their father and mother.

Dreaming of traveling with parents indicates that you want to strengthen the bond with them. Dreaming of receiving a kiss from a parent or both indicates, if you are an adult, that you may have affective deficiencies carried from childhood.

Dreaming of seeing your parents – stern might mean that you are not deserving their approval, you are probably holding a wrong or inappropriate attitude or behavior to their teachings and / or their recommendations.

Dreaming of seeing your parents happy, talking to them in a peaceful way – may represent that you have a good emotional relationship with them.

Dreaming of your peaceful and / or cheerful parents – indicates that you have achieved a good psychological balance and the ability to surround yourself with sincere and profound friendships.

Dreaming of seeing their parents angry or disappointed – could mean that they are re-emerging from your consciousness of remorse caused by behavioral errors or wrong attitudes that you have held towards them, which could be the basis of their current suffering.

What does it mean to dream your parents? Live or dead oneiric parents generally have the same meaning they have in real life. Through the dream, one can become aware of the good or bad influence they have on you, as well as the true relationship you have with them.

Dreaming of one’s parents is very common, it could be a nostalgic reminder of childhood, or they could be presences which continue to be referred to for protection, help or advice.

According to some interpretations, dreaming of one’s parents may indicate that you feel uneasy due to the fear of being judged.

Many young people, after long and complicated dream adventures, eventually meet at their parents’ house, this could reveal that, although they wish to emancipate themselves from the family, they are not yet mature enough to part with it.

If a young person dreams of his parents as distant figures, indistinct, mute, or even about to die he could mean that he is ready to leave, to break away from his family.