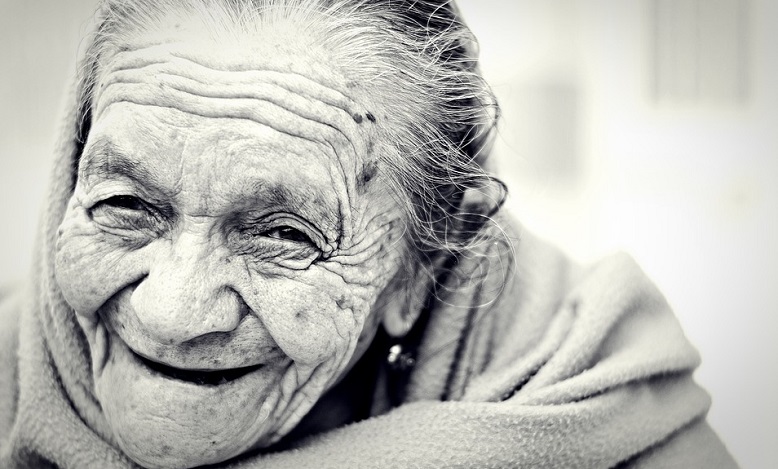 Did you ever dream of a dead person? Find out now what it means! Dreaming of a dead man who speaks or of the dead who perform different actions is very common and the meaning is far from obvious.

Here are the most common variants of this dream!

Usually we tend to dream of a dead person in reality (a relative or a deceased friend) who seems to have come back to life to tell us something.

The unconscious, through this kind of dream, tries to rework the emotions related to the person in question. The meaning, however, may be different depending on many variables, as we will see below.

It is not certain that dreaming of a dead person represents a nightmare, sometimes it can also generate emotion and relief. Then let’s discover together what it means, but first of all here is how much you should sleep based on your zodiac sign:

Dreaming of a dead person to whom we were somehow connected in life expresses first of all something about our relationship with her. If she died recently, the dream can help us rework the grief and reflect the process of gradual acceptance of the loss. In these cases it is almost always a pleasant dream, which allows us to re-establish contact with those we believed lost.

Dreaming of a dead person then happens frequently if you are going through a moment of transition in your life: in this case its meaning will be linked to the passage from one state to another, both in a negative and a positive sense.

It really depends on the context in which the dream takes place and whether it leaves you with a feeling of peace or restlessness. It is no coincidence that in the popular tradition it is said that dreaming of one’s dead husband brings great fortune…

If we are going through a particularly difficult time, the appearance in dream of a dead person who was particularly dear to us takes on the meaning of a need for comfort, of having next to again someone with whom we can feel protected and safe.

If instead we happen to dream of a person still alive, but dead, the meanings can be different and always linked to the relationship we have with this person: it can mean the fear of losing that particular person because of the very strong love that binds us to her, or on the contrary to be the expression of a very large and unexpressed anger that we feel towards her, as if our unconscious wished to get rid of it.

It could therefore mean the desire to close a relationship in which we do not live well. Often, however, the dead person simply represents a part of ourselves that dies to create a change, a transformation.

Dreaming of a dead man who speaks is very common among many people. The first meaning of this dream is to express the lack of the persona in question: we resurrect it in a dream because we need to listen to its voice once more, wishing its comfort.

It would be far more serious, instead, if the deceased did not speak: in this case he could express a sense of emptiness, of guilt, towards him, which makes communication impossible. Perhaps even in life you hadn’t been able to communicate how you wanted…

Also in this case the meaning of the dream can be positive or negative based on the feeling it gives you: if it is a dream all in all serene, it becomes the expression of the affection you nourish for this person, while if it leaves you with a sense of anguish or discomfort, he expresses unresolved questions that may concern yourself or the relationship with the dead when he was alive.

In general, if you are facing a difficult moment, dreaming of a dead person who speaks is positive: it means that you are about to overcome this crucial phase and a new path will soon open for you. Death is always the beginning of something else!

Dreaming of death can have different meanings also based on the action they perform. For example, if you happen to dream of a dead man smiling, it means that you are going through a grief, a sorrow, a negative phase and that you are ready to smile again! If you dream of a sad death, instead, it can symbolize a difficult moment, a complicated relationship, something unresolved within you.

If the dead takes you by the hand, it means that you are going through a period of difficulty, of depression, from which you do not find the strength to go out.

If, on the other hand, the dead greets you, it means that at last you are solving the outstanding questions you had with him in life.

If you dream of the dead resurrecting, finally, it could mean a very strong desire to have that particular person next door, or it could be the expression of a personal rebirth: soon new opportunities could arrive and you will be ready to take them on the fly!

The deceased who appears in dreams, according to the actions of the sleeper, can be interpreted in multiple ways. Death is a phase of life to which no living being can escape and, in humans, the unconscious tries to rework all the emotions and thoughts connected to it.

Usually the oneiric representation of the person passed to a better life is a good omen as all aspects of life, birth, love and career seem destined to bring great benefits and satisfactions.

Dreaming of a dead person – But if it is the dreamer himself who sees himself dying or if he is attending his own funeral, the interpretation changes and indicates great disappointments and unfortunate periods. Instead, dreaming of seeing a dead person and still believing him alive is possible that you will receive a large inheritance and that the financial situation is solid despite the possible controversies that may arise around them.

If, on the other hand, a person alive and well appears to be dead in reality, the meanings may vary.

On the one hand the unconscious could warn the individual that he will soon have several troubles that will bring him pains and sorrows, on the other hand, instead, a popular belief states that the dreamer has added years of life to the person represented in this way.

However, if the person dreamed seems happy to have reached the afterlife, the first negative meaning is worthwhile if this is about to commit theft against the sleeper, the latter has every right to fear for his life or for that. Of the people most dear to him.

If the dead person who appeared in a dream says nothing and maintains silence, it means that the subject will have a life dominated by strong emotions, typical of a particularly passionate nature.

To the band of premonitory dreams belongs the oneiric vision of an individual who dies twice, it is likely that a person who bears the same first name as the dreamer or a close relative of the deceased dreamed will soon find himself making the last journey.

If you dream of a person recently dying in the daily reality of the sleeper, it is important to pay attention to what he will have to say because he is warning the dreamer that the time has come to check and tidy up his personal affairs if he does not want to incur unpleasant incidents.

If, on the other hand, the deceased rubs or pulls on the subject’s clothes, the latter has to worry about his own health because he expects incoming diseases.

On a psychological level, dreaming of a dead person has a particular relevance especially in girls of marriageable age who are organizing the preparations for their marriage.

In general it is an awareness of the passage of a woman in the world of adults with all the obligations and duties attached but also fear of losing the loved one who, in reality, enjoys excellent health.

Dreaming of a dead woman – To fantasize a dead woman, can trigger in our renewal a sense of hardship and despair, in fact, generically at what moment one dreams of death one perceives at renewal feelings of grief, fear and anxiety, linked to the dream that we have hardly done.

Dreaming of a dead woman – Death, however, is not divination of the same in real life, but has deeper meanings linked to our famous person and to our habit.

Death is a macabre description of what I do not know that goes intimately with us, a bond that does not work, and an expression of suppressed genius.

The true meaning of the dream comes out in any case depending on the pattern in which we find ourselves, and on the actions we perform during the dream.

In the effeminate mind, an unknown dead woman, is actually a part of her own soul, what we seem not to learn is instead what we are.