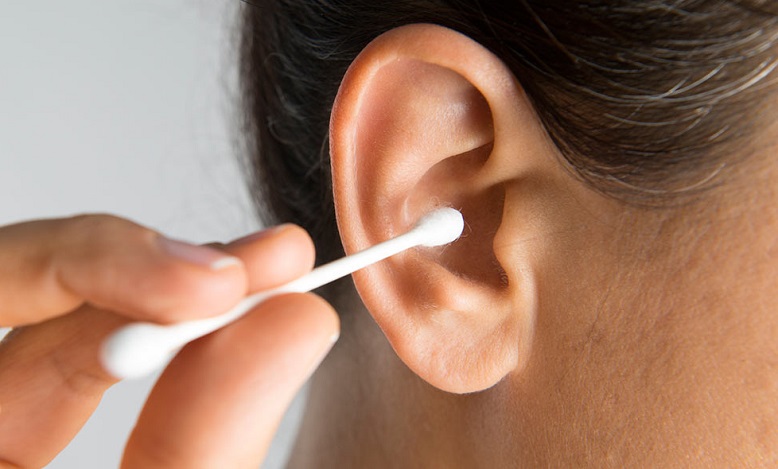 The ear in dreams has an interesting meaning because it is connected to the idea of listening, attention, reflection and wisdom.

In fact, the ear is the organ that allows us to hear; very important for our survival, because thanks to it we can perceive noises and dangers.

But it also allows us to communicate with others, listen to advice, warnings, learn from the experiences of others, participate in the problems of other people, and welcome their outbursts and confidences.

The ear puts us in touch with the outside world, with its voices and its noises.

However, the ear can also be a symbol of listening to yourself and your inner life.

The ear has a shape that recalls that of the female reproductive organ. To this is connected the idea of ​​birth: in fact, some myths tell of ancient divinities born from the ear of their parent.

The pierced ear can be linked to the idea of ​​defloration, of physical possession and, more metaphorically, of belonging (which is reflected in the habit, in antiquity, of piercing the ears of slaves).

Severed ear: in dreams it can be a symbol of castration; dreaming that someone cuts your ears may indicate that that person takes away your power, not necessarily in a purely emotional sense; it takes away, more generally, an important means for your realization in life.

Dreaming of having an earache could originate from actual ear pain. If you exclude a physical cause, an ear that hurts, or is injured and bleeding could indicate that you have been the victim of verbal violence, someone has hurt you with words.

Ears can indicate sacrifice on your part, a great willingness to always listen to others, but in the long run this is to your detriment.

Dreaming of being without ears can indicate closure in oneself: perhaps for fear of being hurt you are isolating yourself, keeping others away from you

Dreaming of having ears that are dirty and full of earwax indicates that there is something ‘dirty’ that you have to remove to listen to others better, pay more attention to what they tell you.

Even dreaming of cleaning your ears has the same meaning: you have to get rid of the impurities that obstruct your sensitivity.

Dreaming of having a plugged, clogged ear can mean that there is something that you refuse to hear: something that is unpleasant to you or that seems inconvenient to you; yet this thing, if you heard it, could help you.

Probably in the dream you tried to “uncork” the ear, but without success; maybe someone was talking and you couldn’t hear what he was saying.

All this indicates that there are two psychic instances, two ‘forces’ fighting each other: one would like you to feel, and the other does not want you to feel to protect yourself from something that might bother you.

What conflicting situation are you experiencing? The dream could also indicate problems with the auditory system; better to make a checkup to check the health of your ears.

Many people dream of having worms or insects in their ears: gnats, spiders, bees, worms, flies, ticks, ants, butterflies, etc.: this can represent a troublesome thought, fastidious or that bothers you and you want to get rid of.

There are also frequent dreams in which one feels that one has water in his ears, or objects such as needles, or soap, coins, sand, or even poop: this also depends on disturbing thoughts, or painful memories.

It has already been said in previous part of the article that it is quite common to dream of parts of the body, such as the mouth, feet, nose or hands.

Dream interpreters state that in general there is a relationship between that organ of the dreamed body and its functionality in real life.

In this way, dreaming about the ears can be closely related to the fact that one must learn to listen.

Furthermore, the ear is not only the organ responsible for hearing the sounds, but the center of stability and balance is present in it: therefore it can indicate the search for an emotional balance or stability in the life of the couple.

In general, ears indicate that it may be time to risk in love, at work and in life in general. In the family, the dream of the ear, recommends trying to repair damaged reports; in the couple to be attentive to the needs of the partner.

The ears in a dream have a direct connection with the information you need to know, that you want to know in real life.

But this dream can also be interpreted in another way, or rather the desire to know a secret.

According to some interpreters then, if you dream of someone else’s ears, this is a sign of gossip about your account that will be taken permanently for truth.

Dream of having big ears – for example, it indicates that you are probably “eavesdropping” too much or paying attention to things that should not concern the dreamer; another interpretation: perhaps lately something has been heard that one should not have felt or simply one needs to take care of one’s own affairs more.

Dream of seeing someone with big ears – is a sign that you have to be careful about what you say to this person.

Dream of small ears – are a sign of not listening or being too stubborn. Dreaming that your ears change size indicates emotional instability around, presence of people to listen to advise them or people to avoid because their problems are fictitious and can become a burden to the dreamer.

Dreaming of having an ear problem – (ear infections or wounds), for example of not being able to hear or feel as if you were underwater and the sounds are muffled, is an indication that you are too distracted to “hear” what’s going on around.

Dreaming of cleaning your ears – or that something coming out of your ears indicates excess information. This can be a sign that you are too busy, that you are taking on too many tasks or responsibilities, or that you cannot manage all incoming inputs.

According to other interpretations, this dream means that you are not listening to the people around you. If the partner has something coming out of their ears in a dream this is a sign of incommunicability and problems in the relationship.

For other interpreters, this dream is a sign that there will be positive changes in love relationships, in the family and in friends: a new horizon will open up in personal relationships.

Dreaming that one’s own ear is pulled by someone – indicates dissent and disagreement. Conversely, if you are listening to someone else, then the dream indicates that you tend to force your opinions on others.

Dreaming that someone’s ear is pulled – can symbolize feelings of compulsion to accept a guide or new ideas. Having a sore ear in a dream could indicate that you will receive bad news.

Dreaming that your ears turn red symbolizes shame or guilt.

Dreaming of finding a piece of ear – seeing expensive earrings on one ear or elongated ears (like elves or rabbits) are all good signs of good news coming soon.

A dream, in which we see ourselves with cut ears, is usually very frightening or and it means that she has become too hypocritical and cruel.

Dream of pulling a man’s ear – is an omen of an unusual action that will surprise everyone.

For a man, to dream of having ears with holes for earrings or female ears, indicating that the appearance has more weight than the soul, and it is the decisive criterion with which unfortunately many choices are made.

Hearing something whisper in your ear – means that you have to pay more attention to something or listen to someone more carefully.

Alternatively, it represents his own concern about gossip and rumors behind his account.

Dreaming of whispering something in your ear – is the sharing of privileged information or directions.

Dreaming that there is a fly in your ears – means that someone is trying to tell the dreamer discreetly about something they don’t want to hear.

Dreaming of a rabbit’s ears – means that you should pay more attention to your children’s care and follow them to school.

Dreaming of the ears of a donkey – presages an unpleasant and unexpected event that will require an immediate solution.

Dream of horse’s ear – in the dream mean that you will receive a nice gift from your partner for an anniversary.

Earwax and ears can have many different interpretations, but hopefully you were able to find yours.

They can represent reactivity, receptivity, need for orientation, stubbornness, judgment or reaction to certain information and information itself.

Perhaps we need to be more reactive if we are driving other people; it could also indicate lack of experience in any field.