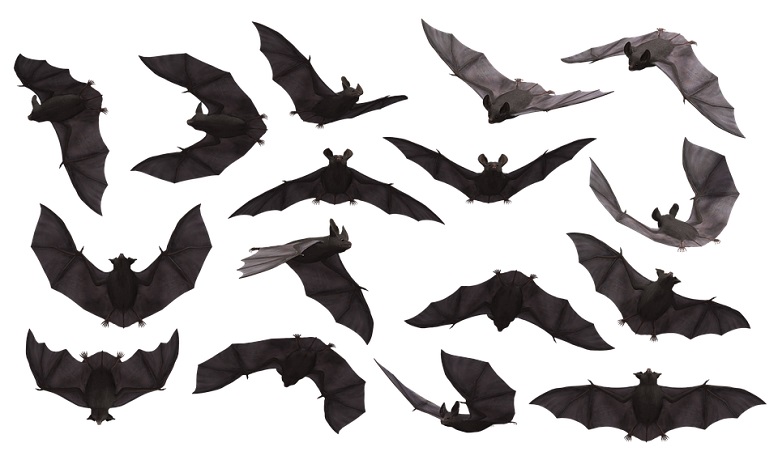 The bat is not an animal that we happen to see very often, yet its presence in dreams is less sporadic than people think. In the collective imagination the bat is not well seen, but it is not so for everyone: in some cultures, in fact, it is an auspicious symbol.

When talking about dreams, however, the bat is associated with darkness and therefore with something that certainly does not convey serenity. What does it mean then to dream about bats? Let’s find out together.

Around its figure myths and legends have been built regarding immortal beings, divinities, magic rites. It was, in fact, used as an amulet or dismembered to use its parts during various spells. His body was used to create healing potions. In fact, his blood was used to treat skin diseases and various intestinal diseases.

Even the Bat, like many other animals, had great importance for Native Americans. These invoked his energy to gain insight and vision through the dream (or state of Trans).

For this reason the shamans invoked the spirit of this nocturnal animal also for the initiation rite. In this rite, the future spiritual guide of the community overcame the barriers of illusion to access knowledge.

Finally, he returned as a sage (inwardly enlightened) and as a reference point for the whole tribe.

In Chinese culture the Bat has always been a symbol of long life and prosperity. In the Mayan and Aztec tribes, he was worshiped as a god instead. Because it lives in caves to re-emerge every evening at dusk, this animal is also seen as a symbol of rebirth and inner depth. Those who have the Bat as an animal totem are extremely sensitive to the emotions of others.

At the same time, however, they are endowed with great psychic faculties and possess the dowry of clairvoyance.

People with the Bat totem will always be driven to progress spiritually and to free themselves from all those personal and life conditions that prevent this process. This could entail considerable suffering: a certain period will be experienced in which there will be the feeling of inner “death”, which then, adequately elaborated to a state of consciousness, will lead to new life (rebirth).

The bat is an animal with different meanings, it can be, in general, both a positive symbol and a negative symbol. You can dream of a bat that bites, a bat that flies, or an entire group within the four walls of your own home. Numerous and different are the dreams that can involve the night animal.

Dreaming of the bat can be a symptom of a suggestion, however it is good practice to keep in mind the details of your dream to provide a precise interpretation. Targeted, let’s get to the point.

What does the bat represent? In western culture, unlike the eastern one, the bat does not have a positive connotation, quite the opposite. Finding it within one’s dreams, in fact, is a bad omen, as it reflects one’s anxieties and anxieties, even at the level of one’s sexual life. It is possible to dream of a large number of bats, one of the cases we do not wish you: if dreaming of a single bat, in fact, can be a bad omen, you can well imagine how to dream of so many, one next to the other, can only have one effect multiplied.

If you dream of a single bat, there is a second chance, less tragic than those presented so far: analyzed with other elements present within the dream, in fact, this figure can underline your future perspicacity in overcoming a difficult test, or the rationality that you will be able to exploit to settle accounts with a person. But these are cases that need to be analyzed in context.

Psychologists say that dreaming bats is the crowding of thoughts in one’s mind. It is not said that these are negative thoughts, in fact they can concern commitments, even positive ones, but what is certain is that they transmit a great dose of anxiety and frenzy to the dreamer, who is not able to maintain the compass and proceed step by step.

It takes a turnaround, which only the help of a loved one can provide.

Dream about a bat in your home – you will have to deal with problems at home, which are difficult to solve. The higher the number of nocturnal animals in your dreams, the more difficult it will be to find a solution to your difficulties. What is certain is that there will be obstacles to overcome

Dream about a black bat – black is the color of the end. A black bat, therefore, could portend the end of something, of a sentimental relationship or an important friendship, to which it is held in a particular way. Black could also represent the suspicious part that lives in us.

Dream about a white bat – the goal you set yourself has almost been achieved, there are only a few, but fundamental, steps.

Be careful not to give up in these last moments before reaching the victory completely and being able to rejoice as not having happened to you for a long time.

Dream about a Dead bat – this dream means that in the past you have lost confidence in yourself, and for one reason or another you have noticed it with guilty delay. You need an injection of confidence from the people who are closest to you.

Dream about a bat hanging upside down – this dream has a positive meaning. In fact, you can see the world from a different perspective, catching some aspects that are not clear to everyone. It is a strength to be exploited in different situations.

Dream about a bat biting you – something disturbs you in your everyday life, and you can’t be quiet, but you don’t know what specifically. You live with a counterproductive anxiety every day, which can sometimes relate to episodes of little importance.

Dream about a giant bat — the problem is really big, and you are deeply worried about it. You do not know what the most appropriate solution is, nor how to move, and this destabilizes you. Not even your loved ones can give you a hand.

Dream about a small bat – you are doing too many paranoia, this is what the dream in question wants to warn you about. It is true that there are problems that need to be solved, but they are of little importance and do not require immediate decisions.

Dream about seeing a flying bat – this dream means that in your daily life you are experiencing a concern for your health. If the dream reappears with cyclical frequency, you should do a medical check-up, at least to get rid of all kinds of doubts.

Dream about being touched by a bat – in popular belief, it is a bad omen, a harbinger of a sudden misfortune. This is not a sanctioned truth, of course, but certainly even the modern interpretation of dreams agrees on the meaning to be given to this dream vision.

Dream about picking up a bat – If in the dream you happen to pick up bats, it is possible that something worries you in the family environment.

Within a dreamlike vision, the bat represents anxiety, stress, as if it were a negative omen of something that will happen soon. If you have ever dreamed of one – or more than one – it is very likely that there are unresolved problems in your life and that you also fear to face them, as they could have negative repercussions.

Through the bat, your unconscious wants to tell you that such problems need to be addressed, otherwise you will not get rid of anxiety and worry.

Sometimes the worry is not external, but internal: in this case, in the dream, the bat even bites, symbolizing that something is wrong with you, a sort of dark side that you can control by day but by night it manifests itself through the “monster” of the bat.

If the animal appears inside the home, it means that the problems to be solved are inside the house, most likely with one of the people you live with.

A black bat is to be feared in a particular way, since it could represent the imminent end of a bond, of friendship or of love.

It is certainly more unusual, however, a white bat, whose presence in a dream is less simple to interpret; its white color could represent a transformation and therefore an imminent change, or something that is suddenly revealed: a person you know could throw the mask and manifest itself for what it really is.