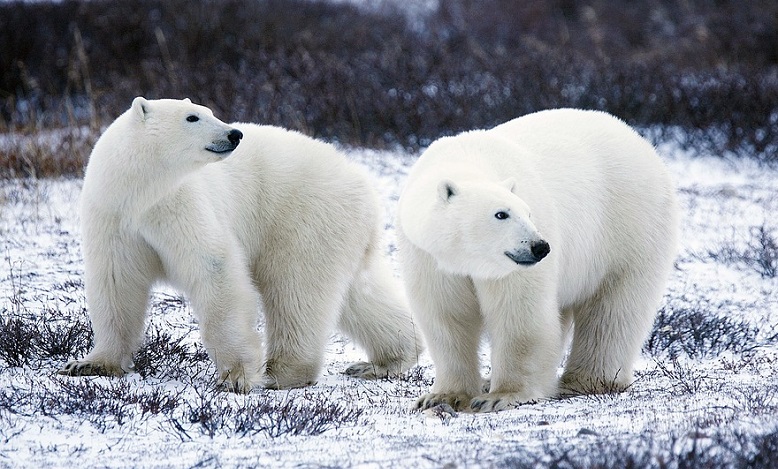 Often fierce and indomitable when we see it on TV in documentaries on nature and sometimes sweet and soft when it is depicted in cartoons or simply if we look at a sweet plush animal, is certainly an ambivalent figure when it occurs within our dreams.

From the imposing aspect, the remarkable weight and the not really reassuring expression, those who dream of a bear often report a sense of anxiety that is quite important during the dream experience.

In other cases, however, the bear can be decidedly be tender than would be possible in reality.

Depending on these and other possible characteristics of the dream experience, we therefore try to understand what it means to dream a bear, what interpretation to attribute to it.

The bear is perhaps the animal with respect to which man perceives his contradictory position in relation to the animal world: familiarity and affinity on the one hand, strangeness and opposition on the other. It is still – or it was, before Westerners could practically destroy almost all traditional cultures – god and at the same time father, brother, son, friend to all the peoples of the Uralic-Altaic galaxy, from the Lapps to the Siberians to the Red Indians of America; but his cult was also alive among the Indo-European peoples, as shown by the Indian and Greek myths, the Celtic and the Germanic myths and as told by the Ossetia legend.

This ancient familiarity – which, if it does not correspond to archetypal contents, still has the air of coming very far from prehistory – has not been completely betrayed even in our time: the bear has an important part in ancient fairy tales as in the animated drawings for children, which to some extent from those fairy tales depend at least on the basic symbols; and the little teddy bear that we give to our little ones to play (perhaps a wish of strength if offered to boys, of fertility if entrusted to girls) still retains this twofold appearance for us modern western (but only for us) contradictory charge of energy warrior and mother-branch affection.

The bear and the monkey, miniature from a 14th century manuscript The bear is fierce, yet he is likeable: and in his movements, sometimes in his acts and in what to us may seem to be his way of “thinking”, he recalls often the man: in this he can remember the monkey, and not by chance in the Indian legends bear and monkey are approached: Kipling could not help but notice it.

Father Bear, Bear Son, and Brother Bear: the Red Indian legends and the rituals of the Siberian Tungus are full of expressions of this kind, and at that historical-anthropological enigma which are the Ainu. The sacred bear is bred, suckled by the women of the community and loved and cherished like a child before being killed with a warrior ritual where however the apotropaic elements are very strong and eaten completely, during a careful and accurate ceremony during which he is careful to absorb first of all those elements – the liver, the blood – that give strength and courage and that allow the animal to be incorporated into the community, therefore of continue to live in it.

Opposition, but also familiarity can be found among the Galyaks, a Tungus population of eastern Siberia, the soul of the hunter killed in combat by a bear enters the body of the beast. Thus we have, in this great shamanic culture, an example of a bear-man; on the contrary (or rather, reciprocally), the Sioux warrior who wants to make a vow of himself in battle, swearing not to retreat to his death, wears the “bear belt”, a bear-skin garment that qualifies his “Becoming a beast”, his ritual transformation into that animal among all celebrated for his warrior qualities (for the Dakota the grizzly bear is the “four-legged warrior”).

We will find in the Nordic-Germanic area uses and rites of this genus, in which the wolf will be associated with the bear: another enigma whose solution perhaps rests in the lap of the forgotten paleoeuroasian cultures.

In short, three elements seem to have struck man in his millennial relationship with the bear: his resemblance to aspects and attitudes typical of the human species; his “primitive” fury: which made the nigredo symbol for alchemists and a sign of the unconscious for psychoanalysis; his courage and his warlike strength. Primitiveness, strength, and playful propensity: even Dante remembers “bear when he jokes”.

The informal and primordial nature of the nature of the bear, which seems to justify its ferocity at least at first glance, is underlined by ancient zoology: according to Aristotle, followed by Pliny, the newborn bear cubs do not yet have definitive form, and it is the mother to provide for this by carefully licking them.

This specific trait – which the bear to the lion would have in common, whose babies are born dead before the mother gives them life – has been able perhaps to make the bear approach the man himself, also in Christian theology. 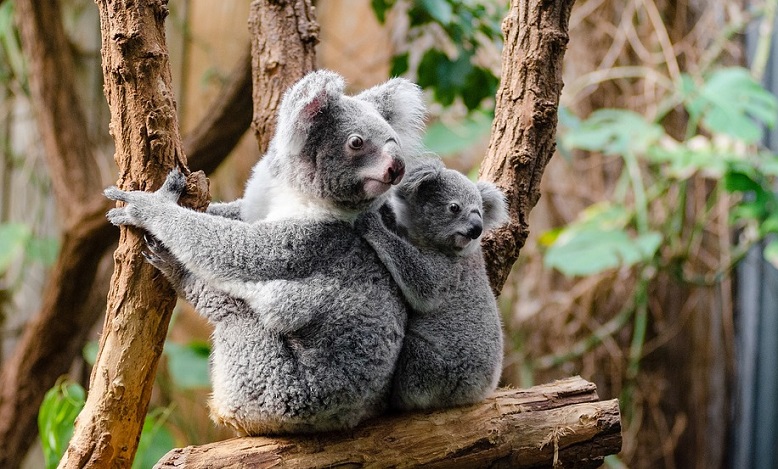 Simply dreaming of seeing a bear without necessarily implying an aggression or anyway a direct contact with the animal, may have to do with the important male figures of one’s life such as an older brother, the father or the partner. In this sense the most correct interpretation is that the dreamer is experiencing a period of vulnerability in which he feels the closeness of the people he considers most imposing, safe and protective.

Another possibility linked to dreaming of seeing a bear is that the dreamer is repressing some of his instincts, probably of a sexual nature or linked to the lighter aspects of life, remaining a prisoner of rigid rules that make him appear inscrutable and severe.

The bear in dreams is certainly a rather strong figure, not necessarily bad, in fact, on the one hand it is certainly an animal that causes fear but on the other it also arouses so much attractiveness and beauty. In cartoons it is often represented in a very nice and tender way.

What does it mean to dream a bear? In dreams the bear can depict the figure of a father or a companion, protective, hard and infuse even tender.

In other cases it may represent something to be fought and faced. Taking this dream from another point of view, an interpretation with which Freud would agree is that the bear can also symbolize the repression of the dreamer towards his sexuality and his emotional field, which lives with too many “rules “in reality.

Dream about bear attacking you – A dream-like representation that is certainly not very nice is that of a bear that attacks the dreamer or pursues it through a forest. In this case it is very likely that the subject is repressing some instincts that, almost like in a chase, return from the depths of the unconscious to be seen and heard with force.

It could be particularly timid and taciturn subjects who harbor a grudge against those who try to overwhelm them continually or, as anticipated earlier, of too rigid people who cannot let go.

In this sense, the escape serves as a wake-up call to let the dreamer understand that he is continuing to commit, as in a loop, the same error.

Dream about colorful bears – As already widely described on several occasions, the colors in dreams can provide an important interpretative inspiration with which to capture all aspects of a dream experience, personalizing the psychological aspect to the maximum in a manner consistent with the experience and personality of the dreamer.

In this case, dreaming of a bear with fur of a certain color can give us important indications to better understand what the unconscious wants to communicate to us.

Dream about a polar bear – Dreaming of a polar bear, and therefore white, indicates for example that the dreamer is ready to experience an important change that shortly thereafter could positively change his existence. This interpretation is strengthened if in the dream the bear has a docile and gentle behavior.

Dream about black bear – If, on the other hand, the dreamed bear is black, then a period of difficult difficulties is likely to be difficult to manage, above all because of the too pessimistic character of the dreamer who actually makes obstacles more complex than they already are.

That said, it is possible to dream of both white and brown bears and in each case the interpretation is based on a series of assessments such as, for example, the period we are living and the ways in which this figure comes to visit us during the dream phase.

For the dream dreamers, as we have already said, the bear represents the most primitive impulses we have. In other cases it may represent weakness in some aspect of life that we cannot control and therefore we probably feel helpless.

As an interpretation of the dream, if in the dream the bear appears fierce and aggressive to be investigated, it will have to be your feelings and impulses, those that generally try to repress or fail to externalize. In this case, in fact, this animal represents the deepest feelings and instincts that we are obviously not able to bring out in reality.

In other words, the bear represents the most primitive impulses that dwell in us and because of which we feel helpless and weak. Not only that, this type of dream can also be representative of a dreamer’s fear of a person who continues to torment him in real life.

Although more rarely, the bear can also represent a person close to us, for example, our father as his figure expresses protection, authority and at the same time tenderness as well as a sort of sexual repression by the dreamer who lives a life almost devoid of transgressions.

The bear, therefore, in the dream gives rise to rather controversial interpretations concerning the various spheres of human life, its fears and its needs.

For this reason, it may be useful to analyze all these aspects to make a dream analysis as correct as possible.