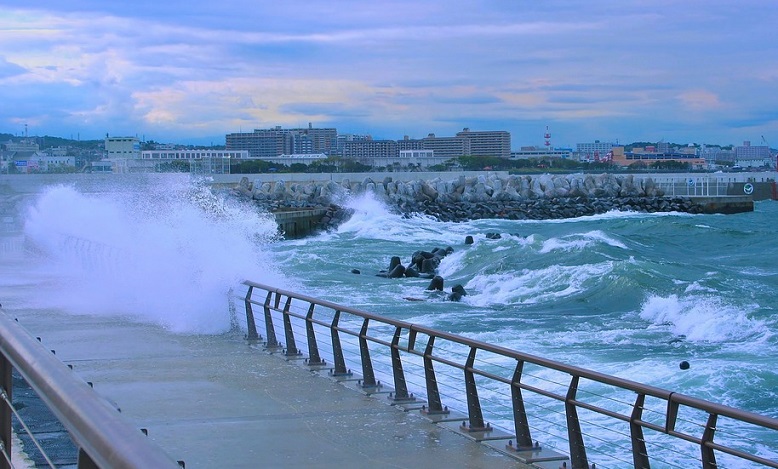 Who has not been to a beach before and watched the waves rolling in? This sight is a very special magic held.

Even if the sea is stormy and big waves come in with force, the sight fascinates us. But only if we are at a safe distance. Nobody would like to be vulnerable to this force of nature.

What does it mean when we observe a big wave in a dream? Maybe even see a bad flood after a tidal wave? Read more about it below:

Big waves, which roll towards you, are accompanied by a certain restlessness already in the awake life. It is therefore hardly surprising that the general interpretation of dreams also sees big waves in the dream as a sign of rapidly growing insecurity or an immense emotional restlessness.

Often, the dream symbol “big waves” also indicates extremely difficult conditions or circumstances in the real world. The dreaming needs a lot of his strength to overcome this dream. If you are interested in the dream interpretation, then keep on reading.

For a surfer, there is nothing better than towering waves, over which he can glide with his surfboard. Even on the beach walk, high waves are an impressive and beautiful sight, for example, when we are on the North Sea and admire the power of nature from a safe distance. The wind tugs at the clothes and the surf rushes in our ears.

But a high tide, tidal wave or even a tsunami can be a deadly threat and destroy entire settlements. Such natural disasters can claim many lives and leave a picture of devastation after the flood.

Even if it is not a real deluge, high waves can kill a careless swimmer if he overestimates himself or does not notice the violence of the wave, when the masses of water collide above him and make it impossible to breathe.

What does it mean now, if this image appears in our dreams, probably more likely: nightmares? Why do we dream of the force of the high waves?

He is currently feeling insecure, looking for support and losing the ground under his feet again and again as he is flung from the waves back and forth. Behind this can be financial problems or a relationship crisis. The future is uncertain and may instill fear.

High waves crashing over the head symbolize emotional overload and panic about losing control. The bigger the wave, the more agitated the psyche is. In particular stressful situations, such as divorce, bereavement, a financial loss that threatens the existence of a family, and similar incisive experiences, dreams of a tidal wave or tsunami can destroy everything and threaten life.

The dream symbol is to be interpreted quite literally here: The dreaming has the feeling of great danger, he can hardly handle the emotional overload.

In psychoanalysis, the sea and its related phenomena stand for the mother. If you dream of high waves, they even seem threatening, this indicates problems. It can be your own mother, with whom something is not yet clear, maybe a fight takes place or you feel oppressed – especially when the waves threaten to kill you or pull you down. 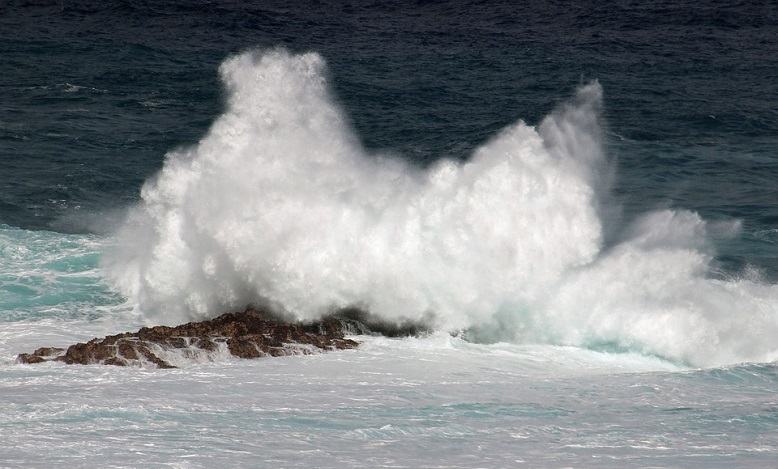 For women who dream of high waves, it can also be about their own mother role, the fear or overwhelmed. You may also refuse to be perceived by others as mothering and caring.

In the spiritual sense, the dream symbol is often overstrained, the waves of destiny break through the dreaming with full force. But high waves can also stand for the feminine principle. If the dreamer emerges from the waves, this stands for spiritual rebirth.

Dream about large waves – If the waves in the dream are large and irregular, this can be understood as an indication of early experiences that will greatly alarm or disturb the dreaming. These experiences may throw him completely off track. He should therefore seek competent help in the watch world.

Dream about a tsunami wave – If, in the dream, even a tidal wave or a tsunami develops from these big waves, according to the general interpretation of dreams, the dreaming should become aware of his emotional overburdening in a problematic life situation. He feels immensely stressed or is even in a mental predicament.

Dream about a large waves and storm – Large waves churned by a storm or hurricane generally warn against tragic mistakes in the watch world. If the dreaming dives into a big wave in his dream situation, this behavior symbolizes his desire to recharge his energies. Maybe the dreaming in the watch world feels physically and mentally drained. A fresh start, on the other hand, is illustrated by the appearance of a big wave in a dream.

Dream about a big wave – The psychological interpretation of dreams usually sees in the sea an indication of one’s own mother. Therefore, big waves in the dream, especially when they break in over the dreaming, embody a suppression by their own mother. This has a very large influence and determines to a large extent the life of the dreaming.

The dream symbol should now make him aware of this fact and he should ask himself if he would like to continue to allow it.

Dream about riding a big wave – On the other hand, a gentle ride on big waves in a dream makes it clear that the relationship with your own mother is balanced. The relationship is characterized by equal rights and trust.

Waves in the water point to troubled times in the dream interpretation. The sleepers expect many challenges. He has to deal with problems he might not have expected.

At the same time a dream, in which the ocean waves break, should also warn against mistakes. Despite the stress, the person concerned should take good care not to make wrong decisions.

Dream about surfing on a big wave – Surfing on the wave is certainly not easy, for many, however, a great recreational pleasure. As a dream symbol, surfing represents a happy phase of life and inner balance. Often surfing in dreams also announces positive changes in the sleeping person’s life.

Dreaming waves causing a flood – this dream represents that on the beach waves threaten to collapse under the weight of everyday life and lose control.

The sleeper is suffering from a high level of stress, is unbalanced and emotionally overwhelmed. He desperately needs time for recreation in order to find his way back to himself.

Dream about a wave bath – A wave bath shows as a dream symbol dealing with their own feelings. It is crucial, whether it was a positive dream or a nightmare:

Depending on the specific dream experience, the wave pool should either encourage more openness to one’s own emotions or call attention to the need for more control.

Dream about high waves – If the waves in the dream world are high, then this is usually also an indication that in the waking life of the dreaming is currently also restless. He has his hands full trying to reach his goal despite the waves.

These turbulences in life are sometimes clarified in the dream by violent wind or storm.

Dream about swimming in big waves – If the dreaming swims in a warm sea and even strong waves in the deep water cannot harm him or he even rides on the waves and has pleasure, then one can read from these dream pictures a good relationship with his mother.

A calm sea is most pleasant for a crossing. If the waves get stronger and the swell gets stronger, then the voyage becomes restless and for some passengers it gets so uncomfortable that they get seasick. At very high waves, it can even happen that it comes to a flooding on deck.

What can bring ships into distress is a real challenge for some athletes. For example, surfers love high waves and always hope for the right waves to practice their sport.

A tsunami is a natural disaster that threatens dangerously the landscape bordering on a sea or an ocean, the animals and humans living there. Often there are countless dead, which are swallowed by meter-high waves.

Water and waves are quite common as a dream image and can be interpreted very differently. Mostly it is the boundary conditions that have to be considered carefully for a correct interpretation. So all other dream images should first be looked up and interpreted through our search, for example, gulls or ships that appeared in the dream.