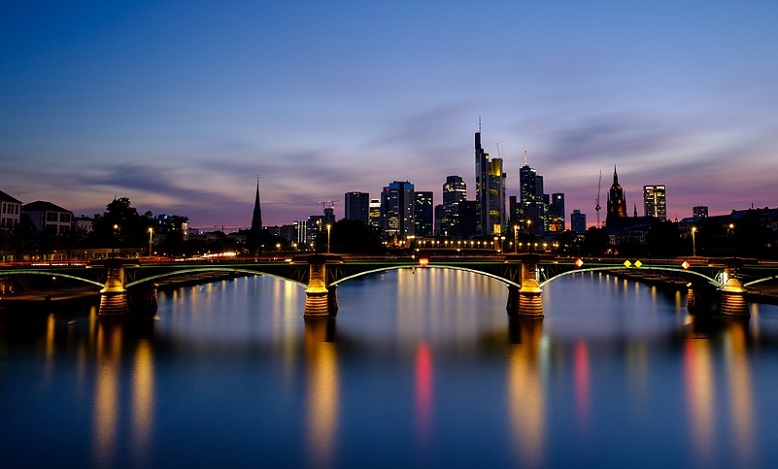 And being in front of the bridge in dreams means gathering the strength to go through life where reality ripples into difficulties and obstacles, into problems and conflicts outside and inside oneself.

It is no coincidence that the opposite shore often appears nebulous, obscure as the “shadow” of the unconscious depths and that the dreamer feels the fear of advancing.

The first symbol of the bridge is above all that of the union: the bridge thrown over a river connects one bank to the other. If the banks of the river are then compared to two different states of being, the symbolism of the bridge is enriched with further symbolism.

If, on the other hand, the bridge is intended as an uncertain catwalk, then the “perilous” character of the street emerges and, even more, the allusion to the initiatory path that not everyone can follow.

Another allegory of the bridge is that it can be covered both in one sense and in another, and therefore it connects to the double sense of “beneficial” and “evil”. And if the two banks of the river represent the sky and the earth, the concept of the pontiff maximum emerges: the Etruscan builder of bridges in this sense, the highest religious authority in Rome since the mythical times of King Nome Populous! Custodian also of uses and customs …

In this case the symbol of the bridge connects to that of the staircase.

Bridges in dreams can also indicate the need to “reunite” rather than divide, to find the right way to confront each situation and each person.

For example: in a team work or in another social situation dreaming of so many bridges can highlight the differences, but also the possibilities of conciliation.

Dreaming of a bridge over a river – represents a fundamental passage to which the dreamer is called. It can be a demanding phase of life that is taking him from one age to another or a difficult moment, a decision to make.

Dreaming of a bridge on the sea – it means facing the future with all its unknowns, its vastness, its dangers, but also its charm. In some dreams it may indicate the courage to venture into the unknown.

The symbol of the sea is linked to the unconscious and a bridge over the sea in dreams offers the dreamer the possibility to go deep into self-knowledge, without fear, maintaining the right emotional distance, going through the different phases, observing the changes and possibilities.

Dreaming of a bridge means crossing – going through a particular moment in life, facing a difficulty, a phase of transition from one age to another, from an emotional state to another or dealing with a decision to be made.

Dreaming of a bridge over a ravine – it is the most significant image of a difficult moment to overcome, of a danger that is looming, but also of the need to overcome it.

Dream of a bridge that goes to the sky – indicates the need for a spiritual contact, recalls light energies linked to the spirit, but also to thought and imagination. It is a symbol of union and conciliation of the opposites of the need to find a balance between material and spiritual.

Dreaming of a ladder that goes to the sky and turns into a bridge as sometimes happens, indicates an effort that is rewarded, a path that becomes easier, and an acquired knowledge that guides the dreamer.

Dreaming of a bridge suspended in a vacuum – it is the symbol of fears and unknowns, the dreamer feels no security, has no confidence and is invaded by fears. The image, however, is an alarm signal even for all uncertain objective situations, for projects that have no foundation, for imaginative ideas, but empty and groundless.

Dreaming of a broken bridge – something is not feasible or perhaps it lacks the energy that allows the dreamer to move on to a later phase of his life.

Often it indicates a difficult moment that one is going through, the desire for change, but the uncertainty about the future, not knowing well what to do and how to do it or having projects so ambitious and out of reality that one does not know how to proceed.

Dreaming of a collapsing bridge – connects to projects and goals that cannot be achieved at the moment. They are images that easily refer to (even sentimental) relationships, to a desire for union or meeting that is frustrated.

Dreaming of a river invaded by water – indicates the invasive, conditioning or dangerous influence of the dreamer’s or other people’s emotional world. It is an alarm signal that must make us reflect and reconsider our way of proceeding, our attempts at union or the projects to be carried out.

Dreaming of crossing a bridge on foot – it is the classic symbolic and ritual image of a passage that the dreamer must fulfill.

Dreaming of crossing a bridge by car – often indicates a work project you are facing or the possibility of accessing a higher position in the workplace.

Dreaming of going over a bridge with my dead mother – when the deceased who accompanies the dreamer on the bridge is the mother or the father, he will have to reflect on the life spent together, on what they have represented and on the support that still offers thinking about them.

Dreaming of being in the middle of a bridge – it means being at a good point in a life journey, having made a decision, carrying out a project.

Dreaming of crossing a broken or unsafe bridge – this dream means everyone must consider resources, reflect on times and ways, actions and objectives that concern him.

Dreaming of a collapsed bridge – it is a symbol of failure of its projects, it indicates lack of concreteness, lack of solidity.

Dreaming of falling off a bridge – it means giving in to the inner emptiness (a moment of melancholy, depression, lack of motivation), not having help, not feeling within oneself the capacity for reaction necessary to face life.

Dreaming of a child falling from a bridge – they are a symbol of lost hopes and goals not realized by the dreamer, of the lack of motivation that does not keep him on the chosen course.

Dreaming of a car falling off the bridge – can connect to an interrupted project (perhaps of work) to the feeling of not being able to keep the “direction” chosen or requested, not responding to the expectations and the required rules.

Dreaming of being under a bridge – the dreamer can feel secure and protected, but it is a sort of escape from life, from life previously chosen (or that others have chosen for him), it means looking for a completely different alternative or giving up (by will or obligation) all of this that was part of his life.

Think of the expressions: “That lives under bridges” to indicate a homeless or “to end up under a bridge” when you no longer possess anything.

Dreaming of a stone bridge – it represents something solid and structured, if it is a project to be carried out it will give good guarantees of success, if it is a path that the dreamer is making these he possesses the qualities necessary to reach the end, if it is an attempt to gather some people or to pacify the animate the stone bridge indicates success and peace.

Dreaming of a wooden bridge – the appearance of the wooden bridge affects the meaning and reflects the means and resources that the dreamer possesses to achieve a purpose, the opportunity and the precision with which they are used.

The conscious is the territory of the known and accepted while what is emerging beyond the bridge is the opposite territory linked to the future with the unknowns and aspects of disowned selves.

But also the appearance of the bridge in dreams will have to be considered: solid and strong or crumbling and unsafe will reflect the strength and motivations of the dreamer, his resources, the opportunities to proceed, and the situations more or less favorable.

Hopefully this text was helpful and you were able to find the answer to your questions.