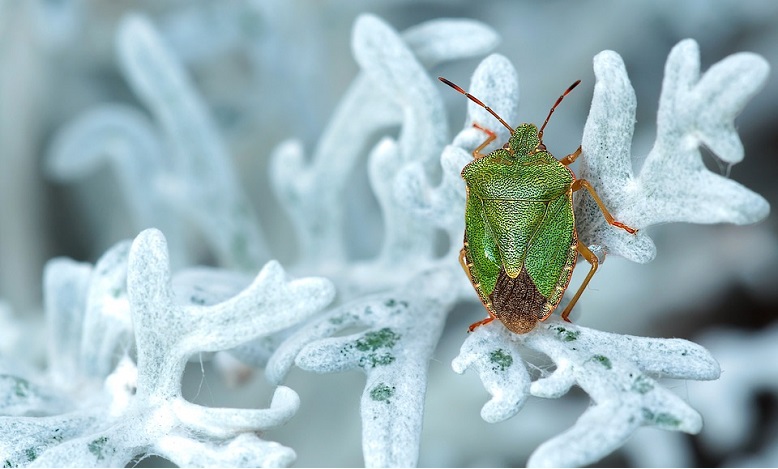 Insects, or for the most fussy, enormous, represent the most populous animal class on the planet Earth, it counts more than a million species that express the great creative abilities of Nature; many scholars believe that they were the first great colonizers of the emerged lands, and their variegated and polymorphic anatomical phenomenology, together with their biological-organizational abilities, have made them the champions of adaptation thanks also to their abilities of natural competition.

Consequently, they, both positive and negative, live in close relationship with human activities of all kinds, from agriculture to our comfortable home life, able to condition and influence habits and yields.

However, while the positive effects tend to be imperceptible, the negative ones, of course, are more than obvious: irritation, itching, annoyance, contamination etc., for this reason they generally do not enjoy an excellent reputation; Enemies of order and cleanliness are, dreamily speaking, the wounds of a dreamer perhaps bothered in his routine by some particular event, or by people who irritate and oppress his freedoms.

Starting from the ‘400, to the insects represented in the works of art, symbolic meanings are attributed, taken from episodes of historical sources, of Latin and Greek poems, or of the Bible.

With the exception of butterflies and bees, the image of insects was generally negative.

The flies, improperly related to the dragonflies, were considered depictions of sin and associated with evil and the devil; it was also believed that they were able to spread the plague.

The Bible mentions Baal Zebub (lord of the flies), an ancient Syriac deity, at the head of swarms of flies, responsible for the destruction and putrefaction, from which Beelzebub derives, one of the many appellations of the devil.

Grasshoppers were also considered in negative terms. In the penitent Saint Jerome, by Lorenzo Lotto, they symbolize the destructive force of the devil; already Pliny the Elder considered it a scourge sent by divine wrath. The desert grasshopper, Schistocerca gregaria, is one of the plagues of Egypt; in a passage of the Proverbs it alludes to the converted pagans and, reflecting this symbolism, is depicted in the hands of Jesus.

Various species of Coleoptera Chrysomelids, Scarabeids and Lucanids were symbols of evil; the Stag beetle, Lucanus cervus, appears in iconographic representations at the end of the Gothic period, as a symbol of evil and the devil, but it is above all the Northern European painting of the 1500s and 1600s that depicts it, in compositions of still life’s, or in those with scenes of undergrowth, associating a negative meaning to it.

Dreaming of insects is very common among people: the meaning attributed to this dream vision is that of torment, discomfort and annoyance. It could happen that you dream about bed bugs, in the food you are eating or you may find yourself killing them.

The dream probably comes from a state of frustration derived from the presence in life of troubles, daily torments and annoyances. This is not a positive dream, but a revealing one, as dreaming of insects means that the vessel is overflowing and that daily mishaps are becoming too difficult to bear.

The spider is symbolic of too much maternal affection, so the dream can indicate a suffocating situation that asks to be relaxed for the dreamer’s sake.

Flies, on the other hand, are seen as symbols of something dirty, unclean, and are linked to evil thoughts or bad deeds. Wasps are synonymous with repressed anger, a desire for revenge, and therefore a symbol of violence.

The ant instead represents the subconscious, that part of us that almost never comes into the open. The cockroach indicates repulsion towards something or someone.

Dreaming about trapped bugs – it can reveal the request for some attention, especially if it is a fly that has fallen into the spider’s web. The web woven by the spider represents the global situation, while you are the predatory insect, which could fall into some trap set by people close to you.

Everything can be read in the professional and personal sphere. Or you could find them again.

Dreaming about bugs in your hair – annoying people try to sneak into your life and disturb you. You have to be very careful and act quickly to block this negative influence.

Dreaming about bugs in your mouth – you are afraid that some people will put you in a bad light in the social sphere.

It is a common and very special dream, as the insect, that is the annoying situation, is associated with the mouth, an organ that allows us to talk and therefore to spread our thoughts, in this case the slanders.

Dreaming about large bugs – it is linked to the image you have of a son or a brother who appear to us much larger than you, in the sense of superiority and make you feel submissive and inferior.

Dreaming about green bugs – something or someone has aroused your suspicions, perhaps because of a clumsy action, a whisper too many, some gossip that circulates and that is difficult to deny.

Dreaming about white bugs – it means that you are prejudiced in your judgments, which are often lapidary and in no uncertain terms. Try to be more tolerant and accept those around you for what they are.

Dreaming about blue bugs – you have underestimated someone close to you, perhaps a partner, a colleague, a friend. You thought it had a minor personality and instead it will turn out to be really very perceptive and attentive.

Dreaming about black bugs – some unresolved situations cause you irritability, restlessness and nervousness that you tend to vent on others. You must be able to find a solution to the problem before it is too late.

In dreams, insects mean torment. Insects exacerbate, irritate, oppress and intrude as friends, acquaintances and relatives can do.

Very often, therefore, they represent small daily problems that can easily be solved, so there is no need to worry. Dreaming of insects can mean being obsessed with an idea or something that annoys your days.

Now let’s look at the meaning in all its aspects in the book of dreams.

Dream about bug biting you – Dreaming of insects that bite, sting or dream of being stung by an insect that stings can mean that there is something about our conscience that torments us or that we are afraid of something.

Dreaming about bug attacking you – Dreaming of being attacked by insects can mean and be a sign of nervousness and agitation.

Dreaming about a swarm of bugs – Dreaming of a swarm of insects is annoying so the meaning can only be one, or a looming threat.

Dreaming about bugs under the skin – Dreaming of insects under the skin means that something is bothering you so much that you feel the problem under your skin. Or maybe you were impressed by the horror movie seen the night before.

Dreaming about bugs on the head – Dreaming of insects in the head means having so many thoughts bothering you.

Dreaming of white bug – Dreaming of a white insect or of black insects will have a meaning that can be understood by combining the symbol of insects with the meaning of colors, consult the color in dreams.

Dreaming of dead insects – this can mean that our obsession, a thought or a nuisance has now been removed from our feet and maybe we did not expect it.

Dreaming of an insect on the bed – this means that something is troubling you, especially with one of your partners if you have one.

However there is a thought that approaches the bed or sexuality, a relationship that gives you to think.

Dreaming of insects at home – certainly means having something annoying that is therefore to be solved whether it is really at home or maybe someone who lives there, if you live alone you can reflect on your personality and find out where the problem is.

Dreaming of insects means that there are people or situations that are particularly annoying for the dreamer, who stand between him and his goals and who therefore ask to be eliminated in order to achieve a certain psychological well-being and a calm situation and general serenity.

In dream interpretation, dreaming of insects therefore generally means being harassed by a problem that has not yet been solved.

If it is crawling insects such as earthworms or worms, the dream acquires a meaning linked to people, as it requires paying attention to people who intrude with little clarity into their personal lives and annoy them with negative behaviors.

Hopefully you were able to find a meaning to the dream you had and discover the symbolism behind it.