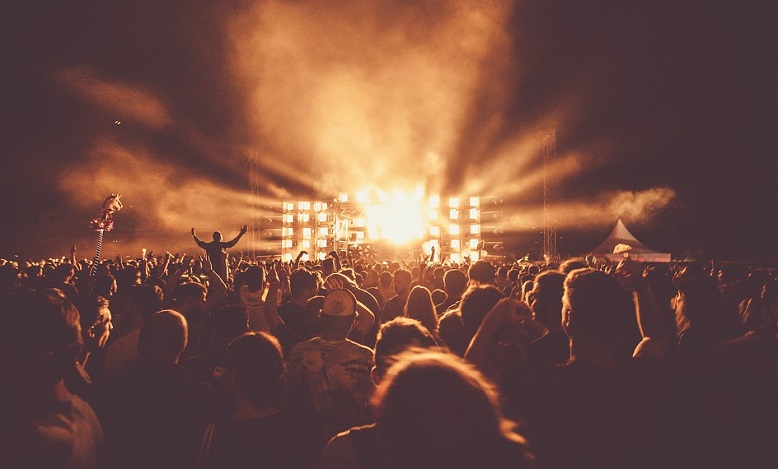 The meaning of the famous characters in dreams is linked to the demands of a psychic aspect of the dreamer who is ascending consciousness in order to make himself visible, clear and intelligible.

To dream of famous people is to put a sort of mask on a part of oneself to make it more attractive, to strike attention and not to forget it, but above all to project on these celebrities the qualities that the dreamer would like for himself.

The more the dreamer is introverted, shy and fearful the easier it is that dreaming about famous people fill a void and satisfies his need to be “seen,” admired and loved.

It is therefore possible that people who feel “invisible” in everyday life, fearful and renouncing dream of celebrity to compensate for the lack of energy and power recognized by others.

These dreams bring the need to the surface, but also the presence of similar aspects that must emerge and balance the psychic dynamic leading to growth and transformation.

These are dreams that have to do with “invisibility” and self-esteem, and it is therefore important to ask oneself if one feels invisible to someone, if one easily devalues oneself and how one’s reality would be with a pinch of the qualities attributed to famous people dreamed of.

To understand the meaning of these dreams it is necessary to carry out an impartial analysis of the famous person in reality and of the inner portrait that the dreamer has constructed and with which there is a good deal of identification.

Dreaming of famous people reflects an identification and it is easier for the characters of the dream to be the most in vogue in the historical moment lived or those that best embody the interests, ideals, fantasies of the dreamer and the stimuli that come from the media.

For example: in the years of the Berlusconi government I often received dreams in which, according to the dreamer’s political tendencies, the successful entrepreneur and politician Berlusconi appeared as a welcome or unwelcome protagonist.

Very clear dreams of a need for compensation, in fact after a series of questions, the dreamer admitted to living a situation in which he felt he had no power or to feel a total inability to react or to do.

Another example: after watching the movie Matrix a young man dreams of being Morpheus one of the main characters in the film.

The portrait of Morpheus that emerges from the film is that of a loyal, altruistic, idealistic character, tied to reality, but capable of carrying out a project, capable of canceling out for an idea and for what he believes, combative. A sort of warrior archetype.

The dream identification of the dreamer will then reflect the need for some of these qualities or aspects related to his role: greater courage, assertiveness and determination, the ability to defend oneself and defend one’s ideals.

What does it mean to dream of famous people? What are the aspects of oneself and the needs that emerge with these images of famous people? There are many questions caused by these dreams, often linked by the tendency of the dreamer to feel invisible and powerless.

In the article we clarify the topic and on symbolic images that have an empowering aspect that should not be forgotten.

Dreaming of famous people, as happens when you dream of strangers, is connected to aspects of the disowned personality that present themselves as “celebrities” to strike the memory of the dreamer and bring to the surface a need to be filled.

Whether they are politicians, pop stars, actors, showbiz or TV, famous people in dreams fascinate, intrigue or leave amazed if they are far from the tastes and thoughts of the dreamer. One wonders then how and where the individual unconscious goes to fish out such images and what the link with the reality of the dreamer is.

But the bond is always there, because famous people in acquiring this role of celebrity become part of the collective fantasies of the society that hosts them (which has increasingly global aspects), and embody common aspirations and ideals.

Thus the individual unconscious discovers qualities and defects that are equally common and representative of the historical moment in which the dreamer is immersed.

This happens even when the famous person appears unwelcome to the dreamer or when he represents political or religious ideals contrary to his.

Dreaming of famous people can become a recurring dream, thus assuming an urgent character linked to the need for “recognition” by others.

As with any other symbol, even dreaming about famous people must be contextualized by considering other characters, symbols and emotions and that each dreamer will attribute to the same character different meanings according to his education, culture and the sympathy or dislike he causes.

Dreaming of being a famous person – as in the example of Morpheus (above) being identified with a famous person is a sort of compensation that shows the need to feel like that character bringing attention to qualities that perhaps the dreamer fails to express in his reality or that are disowned for him (opposed to the values ​​he has absorbed in his family and social environment).

Quality you probably need to mature and grow or to face a particular moment in your life.

Dreaming of meeting a famous person – is equivalent to gradually approaching the characteristics that the famous person embodies. It will then be necessary to ask questions directed to the dreamer to know what they are, what he feels in his presence, what his life would be like if he possessed some of these qualities.

Dreaming of being in the company of a famous person – means feeling invested in the aura of celebrity that comes only from the proximity of these characters.

These are dreams that, compared to others, show less self-esteem, lower self-esteem and more powerful critical aspects.

However, they are a way to identify the problem and begin to feel within oneself the “possibility” of changing and accessing something different.

Dreaming of making love with a famous person – it is the clearest image of the need to integrate some qualities that the dreamer attributes to the famous character of his dream (both kissing and making love in dreams is equivalent to “bringing to himself”, absorbing).

Dreaming of marrying a famous person – indicates the need to have a higher social status, to be protected from the respectability or success that the dream character represents.

To be admired and envied by others. It is a symbol of fragility and difficulty in confronting oneself.

Dream of dead famous people – whether they are living or dead famous characters in dreams must be valued for the qualities that are recognized to them.

It is possible that a famous dead character represents an ideal that is mythologized in the mind of the dreamer, his presence in the dream will then be the symbol of this ideal to pursue or of the lack of hopes and ideals that the dreamer feels and which is compensated in dream.

Dreaming of a famous character who dies – it is an intriguing image that can highlight an internal transformation. It is possible that it represents the new strength of the dreamer who no longer needs this image linked to celebrity and appearance, who has already integrated some qualities or some of his hopes and ideals have changed.

Dreaming of killing a celebrity – it can indicate one’s denial, annoyance and irritation towards characteristics that are the shadow of the dreamer.

It will then be necessary to recognize these characteristics, understand their scope and influence and find a positive aspect that can influence the reality of the dreamer. Killing a famous person in dreams can also indicate the need for radical change.

Dreaming of artists – they are not common dreams, but even historical characters such as dream celebrities will be analyzed for the characteristics that the dreamer attributes to them and will be the symbol of a need expressed with admiration or renewal.

Dream of a fantasy character – in general it highlights just as much fantasy or recourse to fantasy to protect oneself from reality or to identify oneself with magical and decisive aspects that have the power to ward off suffering or incapacity.

Dreaming of actors and actresses – highlights some characteristics of these characters, but also an aspect of “fiction and” masking “that must be kept in mind in the analysis of the dream.

Dreaming of dancers – also for these characters the considerations already expressed on characteristics and qualities to be seized are worth with a particular attention to the expression of the body: music and song, movement and dance because they can give a precise indication on the needs of the dreamer. They can be a real message.

Dreaming of TV characters – like above. The dreamer will have to ask himself what these characters mean to him, who remember them, how they make him feel, what the things they like are and those they don’t like.

They are dreams that reveal needs, but also resources that are already present and must be recognized.

Finding yourself dreaming about famous people is more common than it seems, never happened to you?

We are surrounded all day by advertisements, magazines, TV, cinema, which is more than normal to have some imagination about our heroines or television heroes, rather than an actor or actress we love. What does it mean to dream of celebrities?

Generally speaking, dreaming of actors or dreaming of actresses brings the dreamer into contact with his ideal partner and can usually happen when in reality there is not a person we find in our real life

. In other cases it can presuppose your desire for success, to be important and to be recognized as famous people.