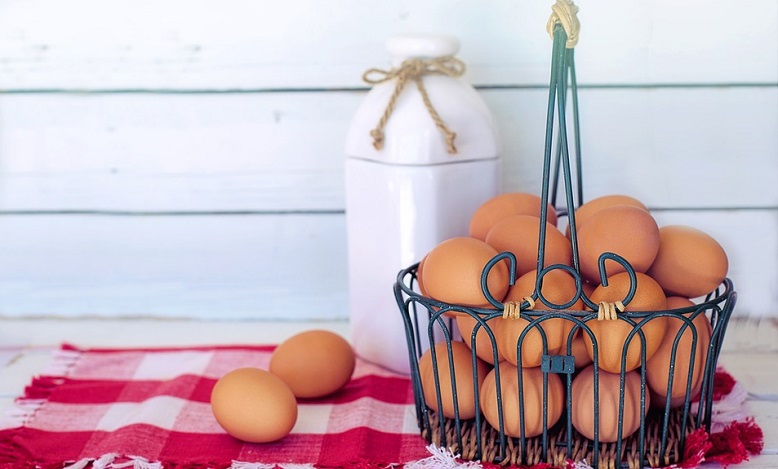 The eggs within a dream have a decidedly positive meaning, given that they symbolize birth. In fact the eggs undoubtedly represent the arrival of a creative fertility in your life. Consequently we are faced with a good omen.

In fact, the eggs suggest the arrival of a change that will revolutionize your existence.

The eggs in fact indicate the arrival of an event that will allow you to give new life to everyday life.

In today’s text we are going to explain the meaning and symbolism of the egg in dreams, so it can help you interpret your dreams.

The egg has taken on an important symbolism since ancient times, demonstrated by the fact that in many myths dealing with the origin of the universe there would be a great Cosmic Egg, in which the white of the albumen represents Heaven and goes to fertilize the yolk, in turn symbol of the Earth, thus starting the life cycle.

Under this guise it would therefore symbolize the possibility of a new life and new opportunities.

It should also be remembered that the egg is also connected to the spring awakening of nature, when birds nest and lay eggs.

Precisely for this reason it should not be surprising that it is quite common to find eggs within our dreams, a clear sign of the importance that this symbolism has in our collective imagination.

However, it must be emphasized that in popular interpretations, dreaming of eggs is not usually considered a good omen.

At the same time, however, this is only a prevalent interpretation, such as to clash with that according to which a dreamlike image of this kind would instead announce the imminence of earnings or a future birth in the family.

Eggs are a good example of how the psychological interpretation of dreams is unreliable. Because in fact the egg would be a symbol of birth and of the Self, its presence in dreams – unless it is broken or rotten – would promise an inner rebirth, new possibilities for the future or the realization of self. In reality, however, it is almost never the case, indeed.

Having or seeing more whole eggs is an omen of moderate prosperity and happy family life if the eggs are few (see, however, below).

Even here, however, it is usually a fragile happiness that threatens to break, often due to the threat of gossip or worse, ready to be released if the eggs split.

In fact, eggs are fragile, like reputation, and contain hidden things – they also absorb dirt from the shell through the environment and keep it inside, which is why some traditions use them to extract intrusions.

Instead, seeing or possessing eggs in large numbers predicts worries and worries, often gossip and – if you run this risk – even judicial or journalistic persecutions or trials.

According to the traditional explanation this is because many eggs are kept or sold, but they break easily and easily go bad therefore they give headaches; or to make them hatch, but the chicks scratch around everywhere, giving you a lot of discomfort and slipping where they should not often take out hidden things and that should remain so.

On the other hand, if the shelled eggs are several, the omen may be the same but more serious, or it may wish to chatter, slander or scandals. The greater the number of eggs, the worse the scandal. Only in a positive context, few shelled eggs can sometimes only predict the disclosure of secret information. But the unfortunate omen is by far the most frequent.

When, on the other hand, the eggs do not break, the news (in the case of few eggs) or the secrets that could cause scandals or gossip (in the case of many eggs) remain hidden for now, but the danger is still there.

Seeing eggs without shells, for example in a bowl to be beaten, has the general sense described above, depending on the quantity.

Dreams about eggs – The interpretation of dreams with eggs seems to reflect the very positive symbolism that characterizes it.

In particular, dreaming about them could indicate the presence of new projects that you would be working on: a business plan, a book, a painting or a project in general.

Dream of a cracked egg – If, on the other hand, you see cracked eggs or cracked shells, as if they had fallen or the like, it is an ominous omen of discords linked to slander or incorrect subterfuges and covert speeches.

Other times it is a disappointment for a misplaced hope, but usually caused by gossip, misconduct or decisions taken without your knowledge. Dropping one or more eggs and breaking them usually has the same meaning.

Dream of cooking an egg – Cooking or seeing eggs cooked in large quantities (fried, omelets or scrambled or similar) or even seeing them cooked predicts chatter that hurts or disappoints people in your entourage, usually due to speeches made behind the back or decisions taken behind your back. Or attacks from people who have long harbored their hostility.

Dream of several eggs – If the eggs are few, the incorrect behaviors will be less harmful, but the context must be evaluated. Boil the whole eggs predicts penis or setbacks. The greater the number of larger eggs the penis.

Only if the eggs are cooked and eaten (but not more than one or two) the dream is a good omen and usually hopes for a lasting love story. The sick and afflicted people promise that they will recover. In business he predicts that despite the difficulties you will have good luck.

Dream about eating a cooked egg – Eating a cooked egg has the same meaning. Instead, drinking a raw egg predicts damage, you will usually have to “swallow a toad”, but this is not a serious thing. Eating plenty of eggs means instead that you will hear gossip. More details are needed to tell if they are relevant to you or others.

Place the whole eggs in a cupboard or hide them and reveals that a news, usually dangerous, will remain secret. A rotten egg is an omen of scandal: perhaps you will be disappointed by the behavior of someone you value or your reputation will suffer damage.

Dream about holding an egg in the hand – Holding an egg in hand, would instead indicate more favorable prospects for life, in particular in the form of great successes now imminent. Eating or cooking eggs, in turn, heralds a period of intense suffering.

In the first case, however, there is also a distinctly different interpretation, according to which it would instead be a pre-announcement, that of new births within the family nucleus.

Dream of a colorful egg – Even the color of the dreamed egg counts in the interpretation of the dream image. In case you dreamed of white eggs, the psyche would be warning the dreamer that his way of evaluating reality is absolutely disproportionate.

Dreaming of a black egg is instead considered as a very serious warning, which would announce upcoming financial setbacks or tragic family events.

Even in the past the black egg was considered a satanic manifestation.

Dream of a golden egg – A golden egg, considered in antiquity the greatest auspicious sign of all, and is instead combined with the arrival of an imminent and positive novelty, while colored ones generally indicate our desire to enrich ourselves.

Dreams about eggs – The interpretation of dreams with eggs seems to reflect the very positive symbolism that characterizes it.

In particular, dreaming about them could indicate the presence of new projects that you would be working on: a business plan, a book, a painting or a project in general.

Even in this case, however, we need to try to remember the details of the dream, as the most precise interpretation could derive from the context.

For example, dreaming of fresh eggs could herald the arrival of unexpected gifts, while those marches could be the warning of financial losses or the workplace.

Even broken eggs should be viewed with some concern, as they would be a sort of warning to the psyche to reconsider their actions and assessments, so as not to pay the loss and errors side by side.

In general, eggs have to do with reputation and / or with “words, news or information withheld or hidden” and, when free from the shell or broken or cracked or even shelled to cook them, they indicate that the same words or similar they come out and spread.

Hopefully this text was helpful to you and that you were able to find answers to the interpretation of your dreams.