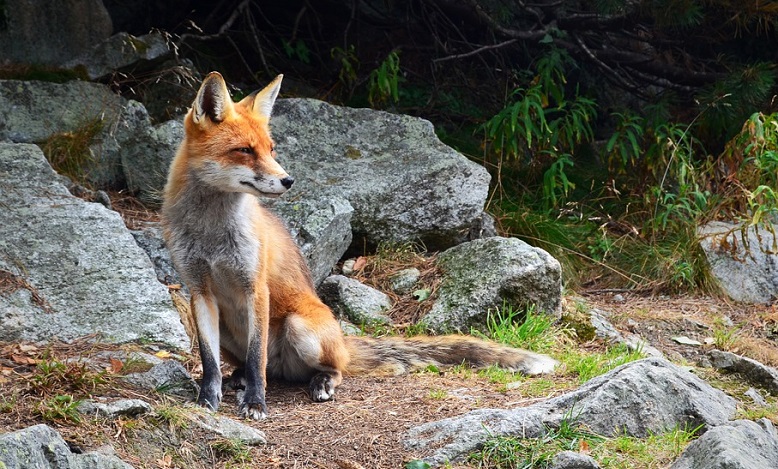 Foxes are forest animals, wild and voracious predators that hunt their prey in order to stay alive, like any other animal. They are clever animals; so much so that in antiquity it was said that foxes were people who were transformed into animals by witches, but who kept all their intelligence, which allowed them to be so clever carnivores.

Regardless of the legends, the foxes are not beasts that we should take lightly, much less if they appear in our dreams, because they warn us of low-minded and low-interest people that we could have near us.

In this post we will explain the forests of the dream realm to discover what it means to dream about fox for our lives.

In Japan, the fox is considered one of the spirits of the rain, and a messenger of Inari the god of rice. In Japan the fox also symbolizes longevity and protection against evil.

However in China, it is said that the spirits of the foxes keep the men away from their wives, and that is why they call the lovers of their husbands “foxes”

In Native American tradition, the symbolism of fox animals deals with two interpretations. In the northern tribes they observe the fox as an intelligent and noble messenger. In contrast, in the prairie tribes consider the fox as a cheater, who spends heavy jokes, or worse yet they attract death.

But in general, all cultures agree to symbolize in the totem fox the cunning, intelligence, agile thinking, ingenuity and wisdom. It is surprising to observe the fox while hunting. We see that his whole body is pointed like an arrow – straight and firmly directed. This is a symbolic message for us, to establish a certain mentality, and focuses strongly in order to “hit the target” of our desires.

The totem fox encourages us to think outside the box, fan the wit and use our intelligence in a different and creative way.

The fox also brings us a message to try to see our circumstances in a more different way than usual. The fox tells us to be aware of some of our habits, and try another point of view of the action.

Despite being members of the lineage of the canids, foxes are characterized by being solitary animals, most of their lives are spent on their own, and only meet when the moment of mating arrives.

In addition, they are very cautious, cunning, methodical and cunning, in children’s literature, foxes have always been seen as treacherous animals, taking advantage of any carelessness to get away with it and get what they want.

Interpretations of dreams with foxes are usually associated with betrayals and mistrust, there are many ways in which a fox could manifest itself in a dream, many of them with hunting attitudes. 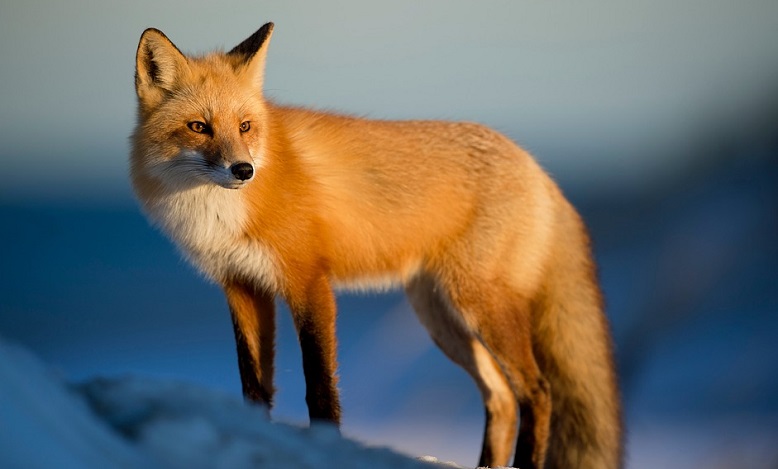 The dreams with foxes are also signs of jealousy, envy and rivalry of a person towards us, reason why to save these situations it is better to go unnoticed and not to attract the attention of anybody.

In addition, foxes are known for their intelligence and insight, if foxes appear in your dreams guiding you, it may indicate that you need to revive these qualities more to take care of those around you.

Dreaming of lonely foxes – indicates that the mind is down, with emotions of sadness, maybe the individual feels alone, and this kind of dreams may be common in people who have moved away from the family, or who have no partner.

It can be an indication that it is time for a change in the way of thinking and acting of the individual, becoming more cautious and less open with the people who are located around them and that it is unknown what intentions they might have.

If you dream of a scary fox or fleeing from you – this implies that you have scared people who wanted to hurt or hurt you, it also indicates that you are someone sure of yourself and that it will be difficult to deceive you.

If you dream that a fox bites you – it is a sign that you have suffered a betrayal, possibly a surprise coming from someone you did not think you could do it, it can also mean a manipulation.

If you dream that you killed a fox – it means that you have demonstrated to someone who intended to harm you that he will not be able to support you, and he has decided not to do his movement, it is very important that this attitude be maintained so that they do not return.

When you have this dream you must remember that it is important to stay attentive, not only because there are people around you who want and can deceive you, that is the case, but you should also be aware of the advice you receive, because even if they give you the better intentions, some of them will be useful and others will only serve to win more problems.

This dream also tells us about a close person who has been behind the dreamer for some time, waiting for him to neglect to pounce on his prey. You must take care of your interests, because in the moment when you least expect it, you could receive a lunge that will damage your finances.

This same dream can also speak of us as people; one of his interpretations is that the dreamer is an intelligent hunter. It means that the dreamer is a person capable of getting the things he wants by any means, and will use his brain to eliminate any obstacle that may arise between him and his goals.

If you dream of foxes in an area focused on the work – it means that you must act with caution in your work; Keep your eyes wide open and track which predator your prey, as there are people in your work who are doing the same with you.

This dream may also imply that several people in their work have a common goal, and that if there is a higher position that is vacant, the dreamer should use all his ingenuity to earn it to the other foxes.

Dreaming of a fox in the sentimental field – tells us that the dreamer must keep an eye on his partner, because there may be other foxes in the forest waiting to court her once the sleeper turns his gaze.

The dreamer must stay in position and take care of his partner in order to avoid losing her. If the dreamer is single, but has his eyes fixed on someone, this dream tells him that he must act fast, because he is not the only one who has set his sights on him.

Dreaming of a fox in the family and social environment – tells you about those people who might be posing as friends or in whom you have confidence. Be careful what you talk about when you are with them, because, although it may be unintentional, this dream predicts family squabbles for someone who has talked too much.

If you dream of a quiet fox in the forest – this talks about the dreamer’s own prudence. Being prudent and having patience is an important part of hunting. The dream tries to tell you that you must act prudently and wisely when making decisions in order to capture the desired prey.

Something important also is not to allow the attitudes of others to affect us negatively, because we could make bad decisions moved by negativity.

To dream that a fox attacks or bites us – his dream talks about trust. We have trusted too much in other people, and we do not know who could be there waiting to bite us.

This dream also tells us that plans have already been put in place to harm us and that we must be vigilant in order to disrupt them.

People with bad intentions will not come to us telling us what they are up to, they will hide it until they consider it appropriate, and so it is very important to always keep your guard up.

It is also opportune to emphasize that the significance of this kind of dreams with foxes depends on each person and on the personal experiences that he has experienced in his life.

Possibly they can be an indication of how complicated or dangerous situations are approaching your life, they can be represented by negative and toxic people, even by work or couple situations. If you dream of foxes, you’d better start being more suspicious of the people around you, because even if they are very friendly, they could become treacherous.