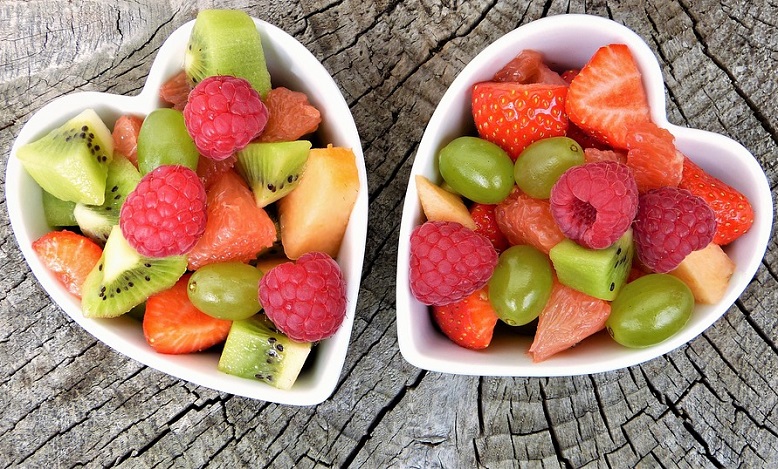 Dreaming of fruit is linked to fertility and satisfaction and to the sense of sweetness and pleasure that is associated with this food.

This means that fruit in dreams represents success and success in some areas and that it can also appear as a confirmation symbol for an action taken or a project started.

Dreaming of fruit when in reality it is not pleasing to the dreamer and is not consumed regularly, it can be considered an indication to follow for the well-being of the body, because it suggests an idea of ​​simplicity, health and healing.

While the fruit seeds in turn allude to the vital energy of nature and the possibilities of birth and rebirth, which translate into dreams into future possibilities, hope for tomorrow, positive attitudes.

Fruit in dreams and in reality recalls ideas of abundance and richness (material, spiritual and emotional), think of the cornucopia so common in the ancient images and the iconography of the Goddess of Abundance: in addition to being decorative it has a propitiatory and auspicious function, it is a sort of lucky charm that invokes the benevolent power of the Gods and nature through the variety, color and nourishing properties of the fruit.

The apple, a fruit originating in Central Asia, already cultivated in the Neolithic, has spread through the Middle East, first in Egypt along the Nile valley and, subsequently, in Greece.

Thanks to the conquests of the Roman Empire, it reached the West and from there, throughout continental Europe.

In the middle Ages, European peasants and monks produced numerous qualities of apples, and later, during the Modern Age, apple growing spread to North America, Australia and New Zealand.

To date this tree, for a variety of reasons, is one of the most cultivated in the world. Its false fruit, the apple, struck the human imagination, entering the mythology of various peoples.

The consumption of this marks the boundary point between an eternal and glorious life, and a very short life, fraught with dangers.

Another aspect that should not be underestimated and that contributes to the complexity of the fruit symbol is the change due to its natural “maturation”, which alludes to the passing of time and evolution, to the “maturation” of an idea, of a project, of a relationship, or the maturity of the physical body and the culmination of a phase of experience.

The positive connotation of circularity and completeness attributed to fruit in dreams returns, which can result in the completion of a project, in realized aspirations, in everything that is brought to an end with satisfaction.

Dreaming of fruit can indicate the continuity of the species because the beauty, juiciness, maturity of the fruit, the presence of seeds, the flower from which it is born recall the Eros, pleasure, fruitfulness of the sexual act.

But also the shape of the fruit influences the possible meanings: round and juicy (apple, orange, pear, peach, pomegranate, plum, plum, apricot, watermelon etc.) it will be connected to the roundness of the breast, to the fertility and to the juices of the female sex, elongated, “phallic” and provided with seeds, it will indicate the male sex (banana, carob, cucumber, courgette, etc.). 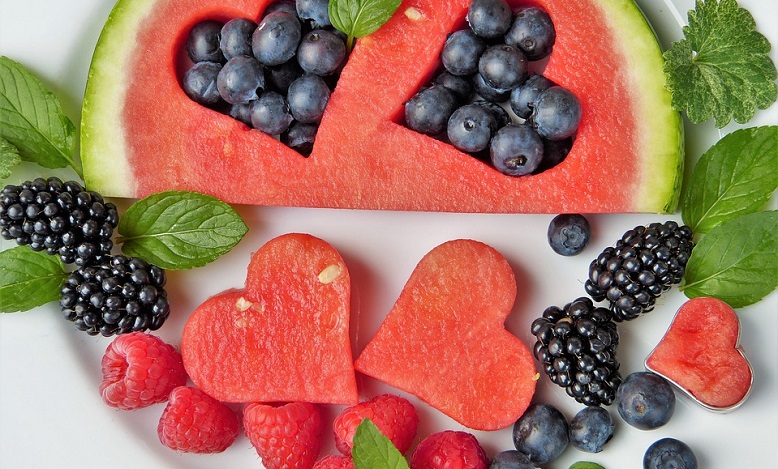 The round and regular shape of some fruits recalls the archetype of the Se ‘and is a sort of natural mandala comparable to the symbol of the egg which brings back to individual awareness and realization and which expands in creativity and fruitfulness: it is said to “bear fruit” just thinking of the children who guarantee descent or of the works that survive man.

Dreaming of eating fresh fruit – and the most common image of satisfaction, confirmation and success. To dream of eating it means to need vitality, strength and enthusiasm to face some aspect of life or need to recognize what is positive.

Dreaming of eating a fruit can also be a symbol of a new love, a new and “fresh relationship”.

Dreaming of eating fruit out of season – it represents all that is out of place, out of it the context and which can be problematic or harmful. For popular interpretation it is the symbol of sentimental difficulties and a lack of synchrony in relationships (including friendship).

Dreaming of eating unripe fruit – indicates immaturity in some areas, perhaps the dreamer is doing something without having acquired the necessary skills and competences or simply still needs to grow.

Eating unripe fruit in dreams can be a symbol of displeasure, an unpleasant situation or an early and inappropriate sexual relationship.

Dreaming of fruit gone bad – it represents what has been wasted and that has “gone bad”, that is, the possibilities not grasped, things not valued and not appreciated, let fall into the void. Or the qualities within oneself that have turned into something negative, for example: extroversion that becomes invasion of others, self-care that becomes selfishness, self-defense that becomes aggression.

Rotten fruit in dreams can also indicate a negative situation that you are experiencing or the loss of a favorable opportunity.

Dream about eating tropical fruit – reflects the need to get out of the usual habits and the taste for what is different and the unknowns of life. Need to take risks, to dare more.

It can be considered an opening towards every novelty, a different way from the usual one or a relationship that comes out from the official and from the tradition (also extramarital relationship).

Dreaming of eating dried fruit – it is the fruit that has lost its natural water but has preserved and concentrated its nutritional principles. To see it in dreams means to capture the positive, “nutritious” and regenerating aspects of what has matured over time. It is a symbol of resistance, strength, concentration and resources that must be discovered.

Eating nuts in dreams can also indicate the need to heal a weakness, a need for strength and energy.

Dreaming of picking fruit from a tree – it means seizing a chance, trying to reach a goal, having clear objectives, having gained resources and possibilities. It is a symbol of an inner richness that allows you to see and “capture” the wealth around you.

Dreaming of drinking fruit juice – sometimes it appears as a message of the body that needs to detoxify, but it can also allude to the sweetness of a situation, to maternal care and feelings or to the need to find sweetness and safety, satisfaction and positivity, to grasp the essence of a situation.

Dreaming of fruit in a basket – it represents wealth and future possibilities, the possible development of a situation, vitality, fertility, in some cases pregnancy.

Dreaming of fruit and vegetable market – also these images allude to the infinite possibilities of life to the opportunities to be seized, to the natural and simple aspects that are needed. These are dreams that often invite a precise food choice.

Dreaming of buying fruit – it means looking for positive opportunities, engaging one’s strength and energy to achieve a result.

Dreaming of selling fruit in dreams – it means giving the best of oneself, sharing one’s abilities or, when giving fruit to someone, showing off, demonstrating one’s good qualities, good intentions, one’s affection, love or sexual desire.

Dreaming of receiving fruit in dreams – it can be the symbol of feelings of love, friendship, solidarity or seeking a relationship on the part of those who give fruit in dreams.

Dreaming of making fruit jam Dreaming of eating jam – it means transforming, elaborating, softening a situation, it is an image of creativity that shows the commitment put at the service of one’s talents and the will to get the best or to give the best.

Eating jam in dreams recalls the need for sweetness, tenderness and cuddles that are a bit childish or allude to the past.

Dreaming of an orchard – represents a reserve of resources to be able to draw on that can give life to new possibilities and opportunities. It can indicate the family, the workplace, a rich and “fruitful” environment.

The positive meaning of fruit turns into negative when the fruit appears unripe, bruised, spoiled, pulp and inedible, indicating immature and wasted possibilities, “not picked”, left to “go bad”, nuanced ideas in comparison with the realities, affections and loves that have suffered a setback, “bruised” feelings, depression and pessimism.

But even the expression “being fruit” signals things done late and exhaustion of resources, while “the fruit of guilt” or “fruit of sin” that indicates a birth out of wedlock refers to the fruit of the tree of good and of the evil that caused the expulsion of Adam and Eve from the earthly Paradise and therefore to the loss of harmony, peace and happiness.

This means that even beautiful and mature fruit can lead to problematic meanings, it will be only the context of the dream and the sensations you try to give the clearest indication.