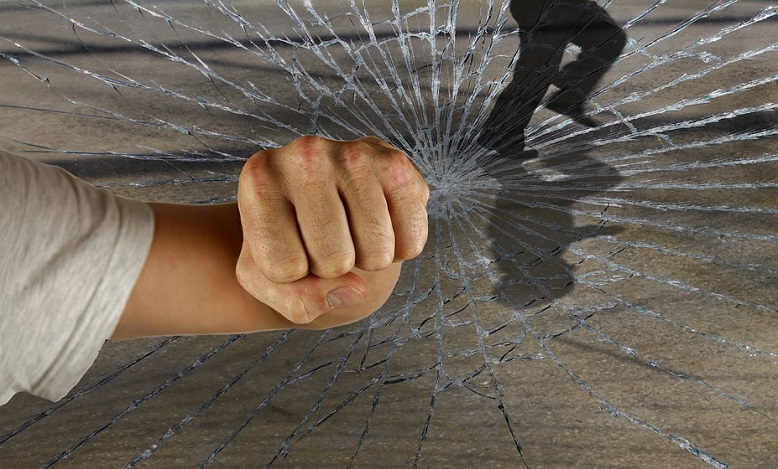 We often say it and repeat it, the interpretation of dreams is never a linear question. Indeed, dream images do not always represent exactly what we see.

Much more often we must instead reason for allegories, so that every element of the dream actually represents a symbol that must be analyzed in order to give it the right meaning.

But dreams are also the representation of our fears, so sometimes we dream of exactly what scares us and instead we would like to keep away from us.

An example is to dream of being robbed at home, a dreamlike image that can reveal an actual fear, perhaps of a sensitive or easily impressionable subject.

Getting Robbed Symbolism in Cultures

A case in the news or the story of someone close to us about robbery, can arouse agitation and lead us to make nightmares of this type.

But in reality if we ask ourselves what it means to dream of being robbed at home, outside the context mentioned above, the discussion becomes more complex, because we must first start from the meaning of the dwelling in the dream world.

In fact, the house represents ourselves, our identity. The exterior is what we normally show to the world, while the interior is our deepest feelings, the most private part of us, the one we share only with the closest people and which we jealously guard, locking the front door and tightening the windows.

Thus dreaming of a thief who manages to penetrate our home can therefore represent the fear of being “discovered”, of seeing our most fragile and hidden part violated. But the home is also what welcomes, that is our family and in general the people most dear to us.

If we dream that someone robs us, breaking into our home, it may mean that our unconscious is putting us in front of the fear that someone or something could take away the one we love. A sick relative, a child who is about to leave for the University or is about to marry, can be represented in our dream by jewels and precious goods that we have in our house and that are taken from us.

There is also a positive interpretation, however, of this kind of dream. If the thief tries to commit the burglary but fails or fails to take anything away, it may mean that despite our fears, we are strong and able to handle a possible detachment from what we love.

But it can also be a kind of awareness. Our inner self is telling us that we are ready to let go of something we care about. This time for our choice and not for the imposition or passive acceptance of a situation that we thought was unmanageable.

Dreams about Getting Robbed – Meaning

Why do we dream of being robbed? As often happens, when dreams are made, then the meaning of the dreams is sought, to try to understand why they were made.

The interpretation of dreams is, in fact, very interesting, because it can also help to understand a lot of a personality.

It is never all simple and straightforward, but various aspects must be taken into consideration, all of which are very important for the purpose of interpretation. The dream images have a hidden and a clear meaning.

That’s why, very often, what you see in dreams has meanings that go beyond the image itself. These are symbols that must be analyzed in order to try to understand what the meaning they are. It happens, in fact, that in a dream like being robbed there are hidden fears and fears.

This means that if you are afraid of being robbed, at home, on the street or if you fear being deprived of something like smartphones, cell phones, money and so on, this fear can also be reported in dreams.

Probably, to trigger the dream is a news heard on the TV or read in the newspaper, or a story of some relative or friend robbed recently. Very often, in fact, we are conditioned by this kind of events that go to arouse a fear, perhaps hidden, leading it to emerge in a dream. Coming to the point, dreaming of being robbed has different meanings, especially in light of what are the characteristics of the dream, which always serve to interpret it.

First of all because this dream reflects one of the greatest fears that can be had, but also because the house is, in some way, the representation of oneself. In a nutshell, the house represents that world made up of feelings and emotions, which are the thing that, more than others, we tend to guard jealously.

Here we understand the similarity between the house and all that is contained in it and one’s own person. If one dreams, therefore, that a thief enters his own home it is because one is afraid that someone might go and violate what is his intimate.

Dreams about Getting Robbed – Symbolism

This is a theme so present in the fears of Italians that an election or a defeat may depend on it for example. In light of what has been said so far, it should certainly not be too surprising to know that being robbed is a dream increasingly present in the sleep of Italians.

Getting robbed in a bank – In the event that you dream instead of being robbed inside a bank, it could be the signal of the great fear of seeing your account completely emptied, an increasingly real fear in the age of home banking, which allows hackers to get the passwords necessary to access them.

Recurrent dreams of getting robbed – In the case in which the episodes of this kind are repeated, it could mean that we live a situation of strong conflict with a myriad of subjects who feel themselves as hostile and therefore could end up causing considerable damage.

Dreaming of witnessing a theft related to something that belongs to the dreamer can instead be considered a signal that someone is trying to appropriate his own merits, perhaps giving himself the paternity of a work project to which he is dedicated body and soul.

Someone stealing your money – someone, probably close to us, perhaps from our family, profoundly envies our economic success, and is unable to get over it. Usually it happens to make such a dream if you are unaware of the situation.

Dreaming of getting robbed of shoes – this dream symbolizes a state of difficulty, the impossibility of continuing, although the omens were positive. We have big goals, but a superior strength from above prevents us from pursuing our dreams to the end.

Dreaming of your cellphone being stolen – Then the case may arise in which the dream of robbing the mobile phone and in this situation conceals a very precise message, relating to problems within the family nucleus, considering that the mobile phone is precisely the symbol of communication. Lacking communication, perhaps due to some misunderstanding, it is easy to create a friction with some kinship.

You are probably having a hard time with someone in your family or at work. The mobile is the symbol of communication, and the fact of being robbed of it implies the impossibility to speak and to clarify.

Getting robbed in an isolated place – nothing and nobody can witness the theft. This dreamlike vision indicates your moment of solitude, a rather difficult period, perhaps, in which you have no person who can understand you and help you in a concrete way.

Getting robbed at home – the most intimate place in which we live our lives. Being robbed in your own home can mean that someone has managed to understand us completely, our personality, and we feel robbed of our private that we didn’t want to get out.

Getting robbed and seeing the thief – this dream is a sort of premonition, especially if one is able to see the face of the person who robs us. In this case we can clearly know which person feels a deep feeling towards us.

Getting robbed and capturing the thief – this dreamlike vision indicates that a very positive period in your life is ahead, free from worries, and finally happy.

You will be able to get rid of what is not right, keeping only the positive spirit and optimism.

Being robbed is a growing fear for many Italians. Just look at the statistics to understand how it is now a real social emergency, especially with regard to home burglaries, which are the most feared of all.

Being the victim of a robbery in one’s own home, in fact, not only goes to strike the victim financially, but also to make him doubt that he can be safe inside the home, inoculating in his private life a fear that maybe not it will never disappear.

The answer that follows can be of two types: go and equip yourself with a burglar alarm, or a firearm to be used as a deterrent to the bad guys, to prevent exposing yourself and your family to considerable risks.