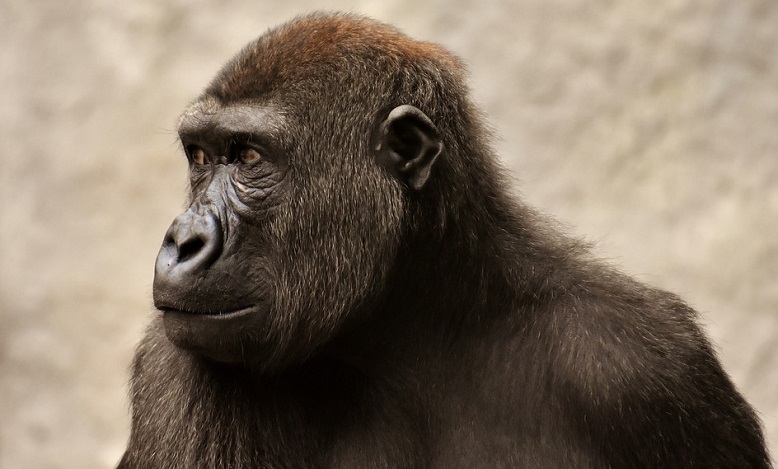 The Gorilla in dreams has suffered a strong negative influence in terms of interpretation, due to many popular beliefs, in fact the gorilla is seen as a ferocious and irascible animal, capable of killing.

Even if the reality is quite different, the unconscious generically associates it with instincts and aggression. What does it mean to dream Gorilla?

Precisely because of its belonging to anger, the gorilla symbolizes the primitive and uncontrolled and dangerous instincts that make you act without thinking about the consequences. It could also symbolize arrogance, impatience, and lack of lucidity or a confused, blinded period.

The monkey in dreams means oppression and hostility and suggests that sometimes we tend to jump from one thing to another, without being able to make a decision or focusing on just one task.

According to some interpretations, it highlights a great immaturity in the character of the dreamer, his being still mentally adolescent, and his egoism.

According to others, the monkey can indicate the particular difficulty in realizing that it is wrong.

Western tradition has explained that this dream can represent feelings of hostility on the part of others towards the dreamer, especially on the part of the people with whom one works.

The Eastern tradition says that the monkey instead has to do with love and fall deeply in love. But the monkey can also symbolize inhibition and passion, particularly in the sexual sphere.

The monkeys are, according to Miller, the symbol hypocritical friends who are often the architects of all sorts of deceit and sabotage of the dreamer, in order to satisfy their selfish goals. According to Vanga’s dream interpretation, very often a monkey in a dream is a sign of humiliation or illness of loved ones in the near future.

If in the dream it is observed how the monkey is climbing a tree with agility, then it will be necessary to be very vigilant and attentive in real life, as it will meet the lie and the deception by new knowledge.

Still according to Vanga, a dead monkey presages that people who desire the dreamer’s evil will suffer in turn or can predict the total collapse of the bitterest enemies. For a woman, feeding a monkey with her hand heralds the appearance of a man in her life who could harm her, offend her and act dishonestly with her.

Therefore, all the new knowledge that will be made must be observed with great care. For a girl who dreams of monkeys, Vanga recommends speeding up marriage with a partner.

Otherwise, if the marriage is delayed, suspicions of infidelity may appear, probably unfounded.

According to some interpretations, any dream of monkeys predicts problems with false friends and work colleagues. Usually this dream is an omen of disappointment and enmity, deceit, fraud, wicked, evil and hidden enemies.

Dreaming of an agitated monkey predicts dark times and hateful oncoming enemies. A leashed monkey means constancy in love. Dreaming of a white monkey indicates an understanding and, according to some cultures, is a symbol of intelligence. 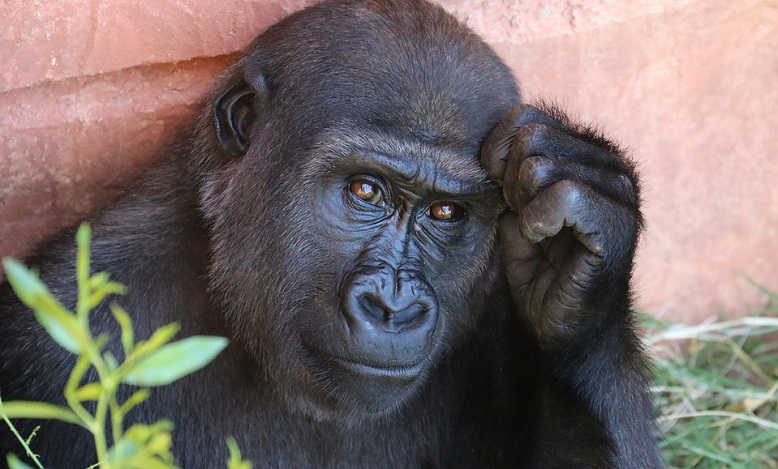 Dreams often seem incomprehensible to us, because we see images that we never expected, we dream of things, people, objects and animals that apparently have no meaning for us.

The dream does not always manifest itself clearly, its message can be hidden behind images without a logical connection.

But this does not mean that it cannot be interpreted, because every dream image hides behind itself a message of our unconscious, a clear reminder of what we are, our fears, our desires and our joys.

Dreaming of animals, usually takes meaning depending on the character we attribute to the animal, so if for example we dream of a monkey, we must understand first what value this animal has for us, we consider it intelligent, it makes us think of evolution, of freedom, of exotic places, or his image in a film, a documentary or we saw it in a zoo, these feelings tied to our imaginary of the monkey are the first step towards understanding the dream, then the meaning is enriched depending on the actions that this animal performs in the dream, if they turn to us, to others, if it transmits fear, tenderness or happiness.

If you often have dreams in which you receive affectionate gestures and feel that you desire them, you must improve your relationships in real life, try to find people who can fully understand your need for affection, know someone you discover that despite being disappointed in life, in reality you can find lots of people who like you can make you happy and make you feel protected.

Dreaming of attacking a monkey means that you will have conflicts with others. If instead we dream of being attacked by it, it means that we will have to face inner fears and overcome them.

Dreaming of fighting against us and being defeated, could be an omen of a very serious illness; if, on the other hand, the outcome of the fight is not known, the dream indicates that we are struggling with keeping our animal desires under control.

The same explanation is given if you eat monkey meat in your dream.

According to some then. Those who dream of owning a monkey will have problems in real life.

Dreaming white gorilla – white in dreams can be a positive or negative symbol based on who dresses it, in the case of the white gorilla we could interpret it as a sense of coldness, of isolation, something in the period you’re experiencing is pushing you to solitude, your instinct tries to protect you from someone or something by leading you away from the group.

Dreaming of so many gorillas – unless you have seen the planet of the apes, this dream could symbolize a hypothetical working or family scene, is there someone who with you? Have you made your colleagues angry or do you have the whole family against you? I wouldn’t want to be in your shoes !!

Dreaming of a gorilla puppy – or little gorilla, symbolizing your parental sense, maybe you want to have a child or a puppy that loves you unconditionally.

Dreaming of a giant gorilla – If you have recently seen the movie King Kong this dream is normal, but if you are experiencing a particularly repressed period, in the sense that you are holding in many injustices, be careful because you are at the limit of endurance! Take a period to relax and think about how to get out.

Dreaming of a gorilla at home – the house in dreams is our special place, and to see a gorilla inside I don’t know if it’s really positive, we remember that the gorilla symbolizes the repressed instincts, maybe something is wrong with the partner or family, maybe it is better to talk about it all together, remember that dialogue is the basis of everything.

Dreaming of a caged gorilla – you are suffering, you are not happy with your life, or your relationship or your work, this leads you to feel trapped, in this case the caged gorilla may reflect your state of mind.

Dreaming of angry gorillas – you are at the limit, perhaps you have suffered injustices and you can no longer hold back, instinct cries to attack but beware of the consequences.

Dreaming of a gorilla chasing you – are likely to be repressing your nature, but like any problem you try to hide, it will recur bigger than before, even the accounts with ourselves work the same way.

Dreaming of keeping one in your arms means arriving a new love in your life. Having one as a pet at home indicates that you are surrounded by enemies. Dreaming of one in a tree can be a sign of illness. If it is hanging or swinging in a tree it suggests that one feels troubled by some problem.

Dreaming of being bitten can predict slanders and unfounded accusations. Taking something given by a monkey in a dream indicates that you will have an unexpected guest or will be forced to stay in the same environment with a person you do not like.

Dreaming of embracing one indicates that you will get a gift or make a child happy with a gift. Observing a monkey in a dream advises you not to rely on luck.