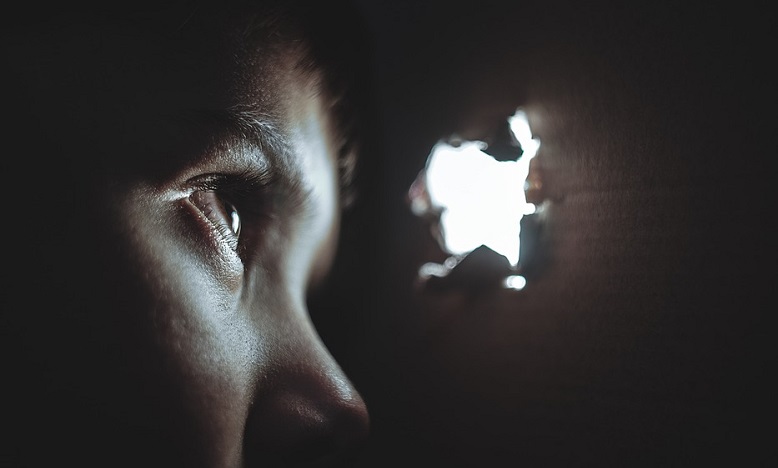 Dreaming of being chased is one of the most common and frequent dreams in every country of the world and in every culture. It seems that women do more than men, because women more often feel the sensation of being in danger; the risk of being attacked for a woman is very high, especially in urban contexts.

Apart from this, dreaming of being chased generally reflects the fear of confronting unpleasant situations and emotions

Instead of facing what scares you or annoys you, you prefer to run away; this can happen to everyone in life, especially to those who are shy and introverted. In some cases, it happens to dream of running away from a shadow, from something you don’t see or understand well what it is, but you still feel a sense of danger.

The chase usually takes place on the streets of a city; one is on foot and one runs; but sometimes you could even be chased while in the car, by another car; frequent are also the chases that take place in a forest, inside a house, on the stairs, or in large labyrinthine spaces, in the dark, with the feeling of being trapped.

There are many people who claim to always dream of being chased; often this nightmare begins in childhood, when one dreams of being chased “by monsters”; then it can become a recurring dream that is repeated often throughout life, especially in times of anxiety and stress, in which you have to make important decisions.

Doing these kinds of dreams often can have serious repercussions on the quality of sleep.

The pursuit and escape are very distressing dreamlike situations: we try to escape or hide, but often we can’t run fast, now we lose more and more ground and we often wake up just before being taken by man or animal that is running after us.

An important thing to keep in mind is that often the pursuit in dreams has a double face: we are pursued by something that scares us, but in the end that same thing attracts us: Jung would call it our ‘shadow’, a kind of ‘side obscure ‘that we fear but with which we must sooner or later confront; this is why that thing occurs in our dreams with a certain insistence.

Our mind creates that dream image to respond to a latent desire / need to approach what scares us, to get to know it and incorporate it into us.

Dreaming of running away or hiding and hoping not to be caught is the most common type of this particular dream. A similar representation has to do with the sense of oppression that the dreamer most likely lives in a certain area of ​​his life and in this sense the person who pursues assumes a fundamental value for the correct interpretation of the dream.

The dreamer could indeed be chased by his spouse, and in this case dissatisfaction and oppression would come from his own sentimental bond, or from a leader, pointing instead to work issues that make him less ambitious and with no desire to do.

If, on the other hand, the dreamer hopes to be caught or is clearly caught, this could indicate that the subject is looking for reassurance. This last type of dream is typical of the female sex who wants more confirmation from the partner.

Finally, if a woman runs away terrified of a man, this could indicate a certain fear of male sex and sexuality in general, on which it is necessary to wonder.

The interpretation of such a dreamlike experience seems clear enough, especially if one is able, once awake, to remember who our kidnapper was. It is in fact very probable that the dreamer lives in his everyday life a moment of profound discomfort linked to having to be in close contact with someone who literally tears his wings.

In this perspective, being able to escape from your captor represents the release that is so much desired by the constraints that the dreamer feels on himself.

If in the dream the image is colored with gloomy colors and the dreamer escapes from a person who wants to kill him, most likely in real life someone particularly close (in any case we must first refer to the identity of the murderer in the dream, if remembered) he wants to limit the field of action of the dreamer in an aspect of his life which is of fundamental importance for him.

In this type of dream the subject is in all probability terrified by the idea that another person can completely annihilate his character and his desires to overlap with other decisions, perhaps not shared.

If the dreamer runs away to hide from anyone, there are two possible interpretations. The first sees the act of hiding as the unconscious projection of the need not to reveal everything about oneself, of not wanting to appear fully what one is.

The second, instead, refers to a possible moment of stress and psychophysical fatigue due to which the dreamer would like to stay a little on his own, exactly as it happens when you hide and nobody knows where to come looking for us.

Scene typical of many romantic films, dreaming of escaping or fleeing a marriage indicates, for those who are already married, the desire to literally run away from misunderstandings and quarrels with their partner, while for those about to do so could indicate the hesitations and fears linked to the big step.

For this last category it is necessary to investigate the possible frequency of such a dream. If it is done more than once and in a short space of time, in fact, the dreamer should seriously ask himself about his real desires.

This is a typical dream especially for women; many women in their dreams are distressed by unknown men following them: murderers, killers, rapists, madmen, maniacs, robbers, criminals, criminals, foreigners, tramps, gypsies, thieves, etc.

The dream often takes place in urban contexts; the woman is afraid of being killed, robbed, raped or kidnapped; tries to escape and hide, but the unknown man persecutes her. Freud and Jung have both interpreted this dream as relative to Eros, to the relationship with the other sex.

Dreaming of being chased by a stranger – This can derive from a conflictual relationship with the male figure: you probably see it as violent, fear that it will attack you and destroy you. Often the aggressor has a weapon with him: a gun, a knife, a stick, etc. which in the dream are all phallic symbols that represent the virile member, the penis.

Dreaming of hiding from someone who chases us – it is likely that you will feel a strong stress linked to the fact that someone in reality fills you with demands, even more if the person who chases you has a familiar face.

Dreaming of hiding from someone who wants to kill us – In this case it seems that you have combined something in reality, you feel guilty, you are afraid of the consequences and your unconscious reflects your fears.

We find a similar interpretation with dreaming of hiding a corpse: where in this case, if you have actually injured someone, not necessarily physically but also morally, your unconscious plays tricks on you.

Dreaming of hiding in a safe place – Your desire is perhaps to feel more protected, you are living a period of risks, demands and responsibilities and paying attention to stress.

Dreaming of escaping and hiding – this action could be a reflection of a generic malaise, perhaps in the city where you are not feeling realized, you need to leave, to change air, and to get away from toxic people.

Dreaming of hiding something – it is likely that there is something you really don’t want to reveal, not necessarily negative, it can also be good news like a new job, a baby on the way, maybe you are superstitious and want to wait to realize that everything it’s really happening.

Dreaming of hiding money – perhaps there is someone in reality who always tries to steal money from you, alternatively you know that you need to hide the money from this person.

This action in reality comes to us instinctively when we are afraid of something even as a child. How many times have you hid under the covers for fear of the monster in the closet?

How many times have we disappeared from the trouble to escape from problems or people? And do we want to talk about hiding things to make others not find them? In dreams this action reflects fear, discomfort, helplessness, failure, cowardice.

What does it mean to dream of hiding? It could reflect a period in which you feel particularly under pressure and constantly examined, at work, in the family.

Perhaps there are people who expect results from you, and the fear of failure is high.

Hopefully this article was helpful and you were able to find answers to your questions.