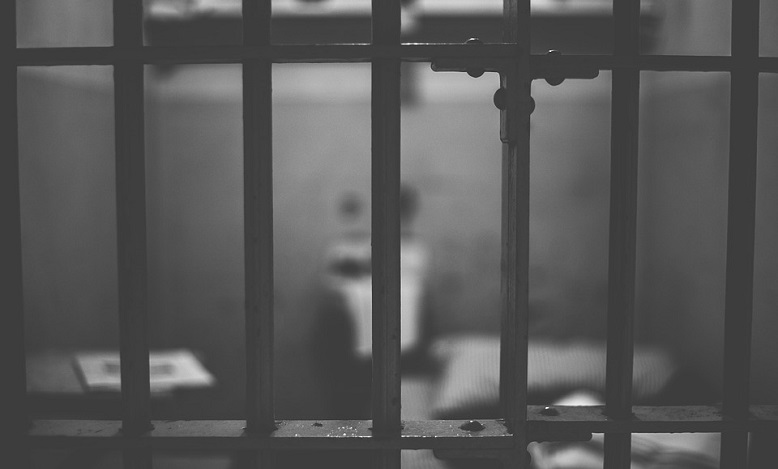 Prison in dreams for Freud is an unconscious space in which the most secret and reprehensible instincts and thoughts are caged, a space controlled by the Super-Ego, a symbolic representation of the ability to “enclose” and keep the id drives controlled.

While for Jung dreaming of prison is tantamount to a closure towards the outside and towards others that can bring to the surface an excessive introversion or inflation of the fantastic world that keeps the dreamer isolated from reality, in a sort of “inner prison”.

The most obvious meaning of prison in dreams is related to the deprivation of freedom: freedom of movement, freedom of being and doing that are inhibited.

To give meaning to prison dreams, it is important for the dreamer to ask questions about what he is experiencing:

Reflecting and answering these questions will lead to identifying the areas of life where one feels limited in one’s freedom and where one suffers from the lack of self-expression.

But dreaming of prison is not always a painful and tormented dream, sometimes imprisonment is accepted or even perceived as protection, as an island or refuge.

Then meanings emerge linked to the desire for intimacy and solitude, to the need to isolate oneself in order to meditate, to take care of oneself or to distance oneself from people or from the duties of everyday life, to escape responsibility or to atone, with the dream prison, one’s own inability to cope with reality.

What does it mean to dream prison? If you ask who experiences the anguish of this punitive oneiric image often linked to an internal repression or to the guilt not yet elaborated for one’s mistakes.

But dreaming of being in prison is also a metaphor for the lack of suffered freedom or ties that oppress like real bars and chains.

Dreaming of prison is linked to limits and deprivation experienced in some context of reality or to emotional imprisonment, to the inability to get out of a frustrating and painful situation in which one feels stuck, victims of others or of themselves.

In fact, prison in dreams is often associated with guilt, with errors committed, with small or great baseness that are judged to be intolerable and worthy of a punishment by internal censorship and by one’s own inner critic.

If in the past dreaming of the prison announced sorrows and illnesses, and was a symbol of misfortune in general, at present it is associated with concerns and objective difficulties.

Dreaming of being in prison – it represents a situation of “imprisonment” that the dreamer is living in some area of ​​his life.

It is a painful situation that perhaps at the level of reality is not yet recognized or that is experienced as “normal”.

It can be the symbol of repression that is implemented towards behaviors that are not accepted in the social context of the dreamer.

It is equivalent to feeling trapped (think of the verbal expression “being in jail” that expresses this feeling).

Dreaming of going to prison – it can indicate the sense of guilt for a mistake made and the need of the dream ego to expiate, or the choice to isolate itself from reality, or, as above, the repression against the Self that do not conform to the environment in which the dreamer. In some dreams he reports his responsibilities increasing.

Dreaming of someone going to jail – highlights the aspects of the psyche that are harnessed and isolated: they can be rebellious, maladjusted, asocial, aggressive energies that the conscience tries to stem.

If the person who enters prison in dreams exists and is known, he can be considered a symbol of all that the dreamer’s censorship has elected as dangerous and deviant.

Dreaming of going to visit someone in prison – it is a positive symbolic image that shows a comparison with the part of oneself “prisoner” (of rules, conventions, habits, feelings), an image that often precedes an awareness of what is perceived as limiting.

Dreaming of escaping from prison – it is a metaphor for overcoming an inhibition or the sense of oppression and control experienced in some area of ​​reality. It is an image linked to the need for peace that can also be linked to the end of a turbulent and difficult time.

Dreaming of prison bars – they are the clearest symbol of captivity and the impossibility of escaping it. The dreamer will have to ask himself which are the (symbolic) bars that do not allow him to live freely or to fulfill the desires of the part of himself that wants different things.

Bars that can indicate an excessive sense of responsibility that keeps him anchored to the family and to a relationship, or the sense of duty that leads him to do a job he does not like, but also the most conformist and habitual part of himself that does not allows you to “escape” from your situation.

Dreaming of a juvenile prison – it represents the psychic place in which the most rebellious and non-conformist aspects are kept under control (caged) or the aspects linked to Puer, its vitality, the desire for novelty and the distortion of the acquired rules.

On an objective level, it can highlight a very rigid family situation in which, for adolescent or even younger children, they are not allowed to express themselves and gain experience.

Dreaming of a loved one in prison – t means confronting the sense of imprisonment, suffocation or isolation of a part of oneself (if the person seen in the jail of dreams is unknown) or with a possible malaise, a sense of oppression and depression that the unconscious perceives in the loved one represented.

Dreaming of the father in prison – in addition to a possible malaise that can be perceived in them, the dream can highlight the sense of isolation and detachment that is felt by the parental figures: feeling them “distant” and closed in themselves.

Dreaming of the brother in prison – it shows an aspect of itself that lives a symbolic imprisonment, but just as often it brings to the surface real conflict dynamics, a sense of injustice, envy and the desire to punish the brother (or sister).

Dreaming of a boyfriend in prison – it represents the fear that the security of the role of wife or husband (or fiancé), the loss of one’s social status from which derives shame and disgrace, but also lack of trust in the partner is lacking. Understand his faults.

Dreaming of having a child in prison – it can be an image that expresses all of one’s fears of a parent, the fear that the child performs irreparable gestures and punishable by the social forum or put into evil due to the situation of hardship and lack of protection in which the child is living, the limits in which he moves.

Dreaming of a friend in prison – it can indicate the difficult situation in which the friend finds himself or be the symbol of the qualities that the dreamer recognizes him, qualities that perhaps he would need, but that do not have a space “of freedom” to express himself in his psychic dynamic.

Dreaming of a person who died in prison – as above, it may indicate the need to review the relationship with the deceased person of the dream that perhaps brings qualities of the dreamer himself or aspects of his past.

Dreaming of prison warden – it reflects the part of the self that takes care of repressing, controlling and punishing. The dreamer can be a jailer of himself or of other people.

The jailer in dreams can represent an oppressive neighbor and really limits the freedom of the dreamer.

Dreaming of being imprisoned with chains on your feet (or hands) – amplifies the sense of imprisonment and control, the dreamer as well as limited in his freedom is also unable to move and “do”, which is equivalent to a real block that is perhaps living in its reality.

Dreaming of prisoners at forced labor – alludes to external forces (or responsibilities) that force the dreamer into a situation of heavy or exaggerated commitment.

The symbols to which it connects and which act as a corollary to the images of the prison are the door (which closes or seems to be on the freedom), the key, the lock and the jailer (tools that allow its punitive, expiatory and cathartic function by separating the prisoner from the rest of the world, but also making it more controllable).

If any of these symbols appeared in your dream, then look deeper into the interpretation of a dream about jail or prison and find out what it actually means.