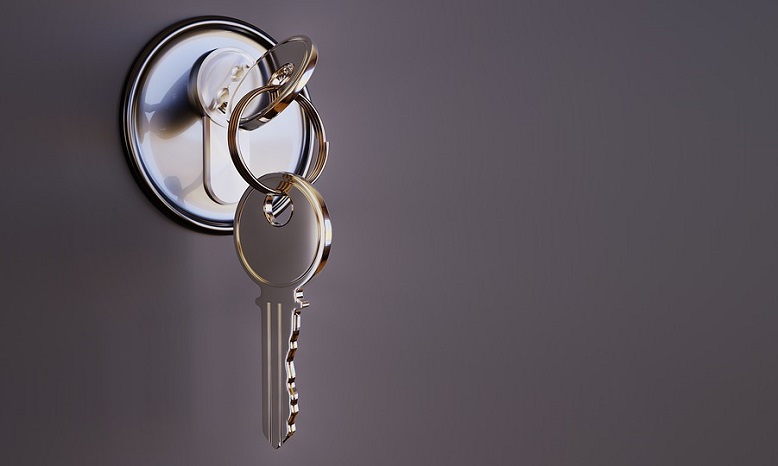 Dreaming of a key is linked to the symbolism of access to a new space, the overcoming of a limit and the doors to be opened or closed. Or to a power that results in having the right tool to proceed and change a state or a situation.

Like the door and the gate in dreams the key has an initiatory quality that is expressed in the passage from a “before” to an “after” and in the phases that signal a process, a growth, a maturation.

If you had this dream recently, then hopefully this text will be helpful for finding the meaning behind it.

The key is a tool of power and authority if you think about it. Like the key to Paradise that gives St. Peter the power to accept or reject souls, to the key to the kingdom of heaven with which one can discriminate and choose, to two-faced Janus also called God of the door who possesses the keys to open all the doors and who presides over every threshold and passage both in the house and in the progress of life, between past and future between new beginnings and changes.

Fairy tales are an inexhaustible reserve of examples where the key is a central element of the action: a golden key that allows you to discover something that can make the protagonist’s fortune, a stolen key that uncovers the mystery and the hidden horror (but also betrays the protagonist staining himself with blood) as in Bluebeard.

But the key, due to its elongated and penetrating shape, also has a phallic connotation that must be considered when it appears in dreams.

The symbolism of the key is linked to the possibility of modifying a state of being by allowing the dreamer to access a different and higher level of existence.

The meaning of the key in dreams is linked to the function of opening and closing thus overcoming an obstacle or hiding something from the sight of others.

The key in dreams as a positive symbol allows you to bypass an obstacle or to solve an enigma, to bring order and clarity into a confused situation, think of the verbal expression “I found the right key” when the solution to a problem is finally found challenging.

While the key that does NOT work properly, which does not open and does not close according to the will of the dreamer, will bring to the surface the difficulties in which it is struggling and the inability to make the best use of its own resources.

Dreaming of someone giving me a key – it is a positive symbol that connects to success and success: you have the right tool to act, to make choices and get what you aspire to.

The key found in dreams is a resource that is made accessible to the dreamer and that the unconscious shows it as a possibility to solve a problem, to overcome an obstacle.

Dream about a key in the patch – highlights a “tool” that is available and that the dreamer must only use. Indicates an opportunity that can be seized. In some dreams it can be a phallic symbol and represent the desire for intimacy.

Dreaming of locking – it can be linked to the repression of feelings (think of the expression “lock up feelings”) and memories, but also to what is hidden, traumas and secrets of the past.

Dreaming of looking for the keys – signals the lack of a fundamental element that influences the achievement of an objective, or a moment of confusion and disorganization in which the means to act and solve a problem are missing. It connects to frustration, failure, mental disorder.

Dreaming of finding the keys – it is an encouraging image that indicates the dreamer’s reaction and his not falling before a difficulty or lack. It means recovering the energy needed to deal with a situation. It is a symbol of self-esteem and confidence in one’s abilities.

Dream of a key that turns easily – reflects the ease with which things proceed according to the dreamer’s wishes. It is a symbol of success and success in every area (including sexual)

Dream of a key that DOES NOT turn in the lock – contrary to the above, it shows the impossibility or inability to get what one hopes and wants.

A key that does not turn in dreams also alludes to the lack of the idea or mental association that would be needed, or to a failed union (even physical).

Dreaming of a broken key – maybe you’re trying to get something with an unsuitable or non-functioning tool. Report the lack of energy strength of ideas and the need to change strategy.

Dream of a key that breaks in the lock – represents the failure of a project, an attempt, a desire in some area. It is a symbol of failure that can also be linked to authority and frustrated will.

Dream the house keys – it is a metaphorical image of the need to find the right key (the right way) to solve a problem related to the family or to access a different self-awareness. It is a symbol linked to self-confidence and a sense of identity.

Dreaming of losing your house keys – perhaps the dreamer has lost the ability and strength to face a problem, perhaps he does not have sufficient energy or will or is in a moment of confusion, depression, internal chaos.

It can also be linked to a family conflict or a separation.

Dreaming of the keys – dreaming of so many keys or a bunch of keys, can symbolize that you are very confused about your future, you have more doors to open and you don’t know how to choose.

Dreaming of house keys – it could be your desire for independence, if instead the house is the current one in which you live, it could reflect some problems to solve in the family.

Dreaming of car keys – or dreaming about car keys, there is an air of departures, this dream reflects your need to escape, or simply the desire to undertake a journey.

Dreaming of lost keys – when you dream of the keys you lost, it may either reflect a memory of where you left them the last time so you can find them again, or reflect an actual loss, you don’t know how to get where you want, why the keys you needed to reach your goals are scattered. Find another way!

Dreaming of a rusty key – it is likely that you had set aside one of your goals, but it is never too late to realize your dreams.

Dreaming of giving a key to someone – you feel that you have already passed, your wisdom leads you to advise someone else how to face the dangers of life…

Dreaming key in the lock – this dream reflects a great desire to have sex, maybe you are in a period of little passion and you feel the need.

Dreaming about a broken key in the lock – either dreaming about a key breaking in the lock, maybe it wasn’t the right door, or this wasn’t the corresponding key, but don’t give up, you’ll be able to find a way to open that door, don’t be discouraged if a route continues to present obstacles.

The key in dreams represents in a metaphorical sense what its real intention is, that is to open doors, padlocks, locks and doors. In dreams, every key represents the last step before arrival, it represents the phase from the first to the next, it is the means between us and our new paths reached, or still unexplored.

When the keys do not have “opening” functions, they can symbolize knowledge, authority, power, freedom but also internal release.

Hopefully you were able to find an answer to your questions, and that this article was helpful.