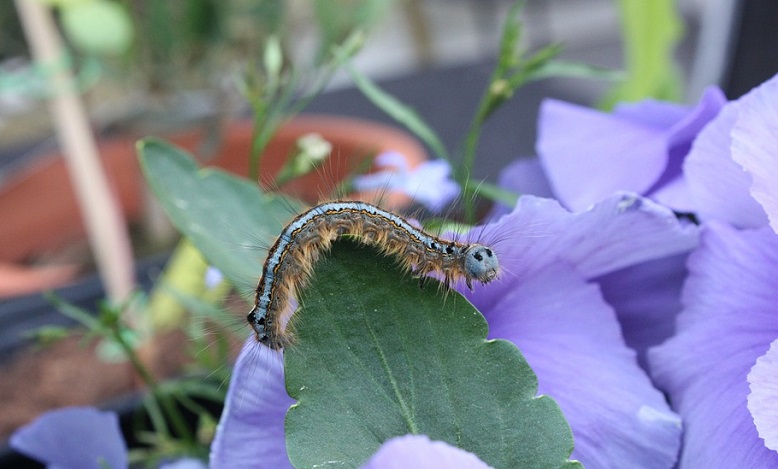 Within our dreams worms of all kinds appear, starting from earthworms, centipedes, caterpillars, woodworms, maggots.

Precisely for this reason it is necessary to specify clearly the context that emerges in the oneiric dimension.

Meanwhile, let’s start from the canonical question: what does it mean to dream of worms?

According to those who interpret these dreams, it would be a clear sign of inner disgust for situations or for people considered unclean.

In an alternative sense, they could also indicate a sense of guilt induced by the psyche in the dreamer due to wrong behavior.

Worms represent an image that is not exactly positive in the collective imagination. So much so that it is not uncommon for the quarrels to be addressed with this term with the horror of the tones.

It should however be stated that in mythology, worms do not have such a negative meaning, indeed. Just think about it as in a Chinese legend, mankind comes from the parasites of the body of the primitive being and, in the Icelandic Gylfaginning once they get out of the corpse of the giant Ymir precisely they get, by order of the gods, reason and appearance of men.

A very similar myth is then part of the oral tradition of the Cashihuana Indians, a tribe of South America, for whom the first men appeared, having exhausted the flood, in the corpses of the giants which formed the previous humanity.

Also Cùchulainn, another character of mythology, was born in turn from a worm swallowed by his mother Dechtire while he is drinking from a bronze cup.

On a cultural level, on the other hand, it must be recalled what Sir William Blake asserted, according to which the earthworm, the most humble form of matter, in accordance with the principle “as above, so below”, represented an incarnation of the divine and appearance nobler than heaven.

Generally worms are considered dirty animals, precisely as a result of their living inside the earth and can become harmful in humans, in the form of parasites.

A series of attributions that however do not take into due account the fact that they ultimately contribute to making the land itself fertile, thus contributing to human prosperity.

Furthermore, it is worth remembering a news that has escaped the majority, but that puts worms in another light, or the decision taken by the European Union to allow their arrival on the table of European citizens. A piece of news which caused no small surprise, partly rehabilitating this particular class of animals.

Very often, worms are present within our dreams, taking on an unpleasant and arousing disgust, especially when presented in large groups. But what does it mean to dream about worms?

Since ancient times, man has felt the need to interpret dreams in an attempt to foresee future events. Modern psychoanalysis, on the other hand, has tried to interpret dreams to understand more deeply the hidden desires, often unmentionable, and the anxieties of those who undergo this therapy.

But let’s see now, according to the guide of the book of dreams, what it means to dream of worms.

Worms are animals that usually arouse disgust, crawl into the earth and usually act as parasites even when compared to humans.

At the same time, however, they are useful because they make the land fertile. They lengthen and shorten, they enlarge and become thinner, and they are smooth and long.

All these features, like the snake, make worms a phallic symbol. The meaning can even extend to the more general sense of masculinity, to the masculine side of the personality.

Being invertebrate, therefore easily crushable, dreaming of a worm can also mean a sense of weakness and fragility: character, physical or mental weakness.

If you dream of a worm during pregnancy, this can symbolize the baby being carried in your lap.

For a child, it can represent the unwanted little brother or sister who is about to arrive in the family.

Dreaming of the house invaded by worms – When many worms appear in our dreamlike dimension, so many as to prefigure the invasion of the house, it can be the sign of annoyance due to the presence of people who consider themselves as harassment.

In practice the dream expresses the desire that they go away as soon as possible.

Dreaming of eating worms – Another not-so-pleasant situation that can occur in a dream is the one that sees the dreamer imagine swallowing worms.

The prevailing meaning in a similar case concerns the presence of something that must be sent down, which must be elaborated, but which involves considerable difficulties in this regard.

Dreaming of crushing a worm – A dreamlike image of this type is instead considered a good omen. When you dream of crushing one or more worms, you express the wish or certainty that in the end the dreamer will manage to get out of a situation perceived as extremely complicated.

Dreams of worms coming out of the tap – There are many other situations that involve the appearance of worms in dreams, starting from their appearance in the wardrobe or in clothes, interpreted as a sign of the need for a change in one’s life.

If instead the exit of worms occurs copiously from the tap, in the tub or in the toilet, it can be the testimony of the difficulty to purify of sensations perceived as unpleasant.

Dream of worms on your head – Finally, dream of having many worms on the hair, on the head, a dream image that would mean how the dreamer’s desire to get rid of something to level or of thought and rationality, perceived as an obstacle to one’s full realization.

You are experiencing a period of great fear, of inner discomfort and conflict, you feel that in your life there is something rotten and irreparable.

Dream of white worms – Dreaming of white worms, finds its interpretation in the association with the worm to everyday life, this because white worms are usually found inside food such as walnuts, apples and chestnuts.

Finding a white worm inside one of these foods indicates, that we have known a character side of a person that we did not think could have, usually the meaning is negative because a fruit with the worm can no longer be eaten.

If, on the other hand, you dream of cheese with milk worms, it could be a childhood memory, think of your life, maybe someone you were tied to use to eat it, and for this you come back to mind, as a memory of the past.

Dream about red worms – Dreaming of red worms, can indicate an exclusively carnal relationship, a betrayal, a very lascivious sex life, or wrong behaviors towards one’s own or one’s partner.

Dreaming of a green worm – which for example walks on a leaf can be interpreted in two different ways, can for example indicate hope, given the color, but it can also indicate a problem in our life projects.

Dream of small worms – they are small problems that are arising in everyday life, and that you can stem if you are good at damming them from the origin.

Make your mind local and evaluate whether there are potentially problematic situations in the professional, sentimental or even in the family field.

Dream of many worms – many problems lurk within one another. You have to understand what the origin is, to be able to free yourself, gradually, also of the secondary and smaller difficulties.

Only by acting at the root will you be able to find a bit of deserved tranquility.

Worms and earthworms, reprehensible to most, capable of generating disgust, can populate their dreams, without necessarily having a negative meaning.

So what does it mean to dream about worms? According to the modern interpretation of dreams, the worm, a bewitching creeping animal, is directly linked to the concept of sin, lust and deceit.

A very dense triptych of meanings, interpreted differently by psychoanalysts who deal with or dealt with dreams and their interpretation.

It is no coincidence that Freud gave us the image of the male sexual organ, while the more “moderate” Jung sees the worm as the balance between good and evil, between what is lawful and what is not it is.

In short, the interpretations that can be given to the worms are numerous, and to best interpret them it is essential to consider the context of the single dream.

Here are the most common in people and their analysis. You may find yourself dreaming about worms along with other insects or finding them in the feces.