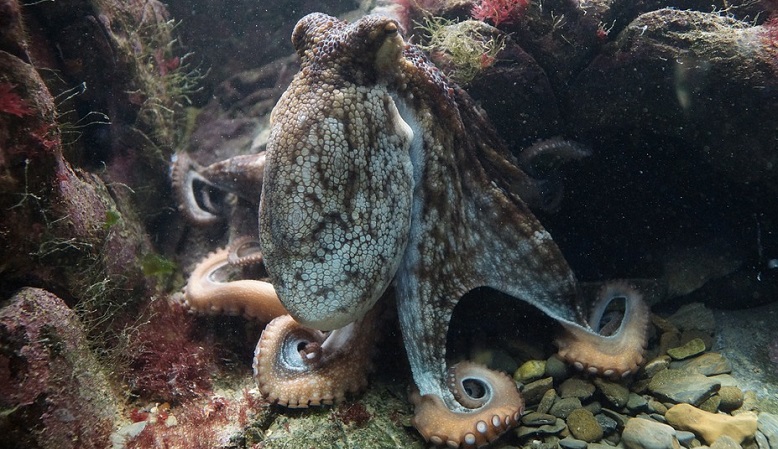 The interpretation of octopus as a symbol could also be compromised by some popular beliefs that make it the protagonist, for example it was thought that the octopus was very stupid, and the philosopher Aristotle also said it in the book “History of animals”, but today we know that instead it is very intelligent and that even having the neurons in the tentacles is able to do more things simultaneously.

If we think of the fact that this wonderful marine animal also called octopus, has 3 hearts, loves to walk on the seabed, it has a poison that it uses to escape from predators, it instantly camouflages itself and is able to hold your whole arm in a grip if you challenge it, it is easy to think of the possible explanations of the dream.

Today, we are going to discuss what this animal represents and how we can interpret dreams about them.

Dreaming of an octopus means confronting the symbolism of sea monsters and abyssal and unknown creatures: the specimens of polyps and giant octopus found dead on the beaches or glimpsed by sailors in the waves, have stimulated fantasies and inspired frightening stories the giant octopus with its tentacles drags entire boats or unfortunate fishermen deep into the depths.

It is the theme of the fatal embrace to emerge in these images and to live in the collective unconscious feeding the symbolism of the octopus: a sucking contact that cannot be avoided, a real embrace that hides a trap: the will to retain other than to suffocate him with attention, to dominate him with his own will.

The Octopus reflects many particular aspects, it can symbolize greed for the particularity of crushing, grasping and suffocating with the tentacles.

In dreams it may reflect greed, avarice but also a sense of oppression, inhibition, limitation, which is why the octopus symbolizes a fatal, disturbing hold.

Still, speaking of the tentacles one might think that they reflect the ability to “multitask”. For the ability to camouflage and escape leaving a cloud of poison that confuses, it may reflect adaptability or cowardice depending on the cases.

What does dreaming octopus mean? It means that you might be fed up with someone who is always on you, who suffocates you, or could reflect the exploits of a partner who is too jealous, stingy, someone who worries you.

The image of the octopus that crushes reflects a man who “expects” a sexual relationship, a dream typical of a woman who faces unwelcome relationships.

Alternatively, the octopus symbolizes a particularly active period, where you manage to juggle various tasks without too much effort.

Dreaming of black octopus – already on its own, the octopus, belongs to the symbol of the sea and therefore we associate it with the unconscious, but dream of a black octopus that is the color with which we refer metaphorically to the vastness of the deep unconscious, makes it an image clear, there is someone from your past, which is bothering you, someone who has tried to stifle your childhood, someone who was perhaps too jealous of you.

Dreaming of cooked octopus – unless you have been bewitched by the octopus cooked by the grandmother, and unless you are pregnant women with particular desires, this dream could reflect the metaphor of an octopus that is harmless when cooked. 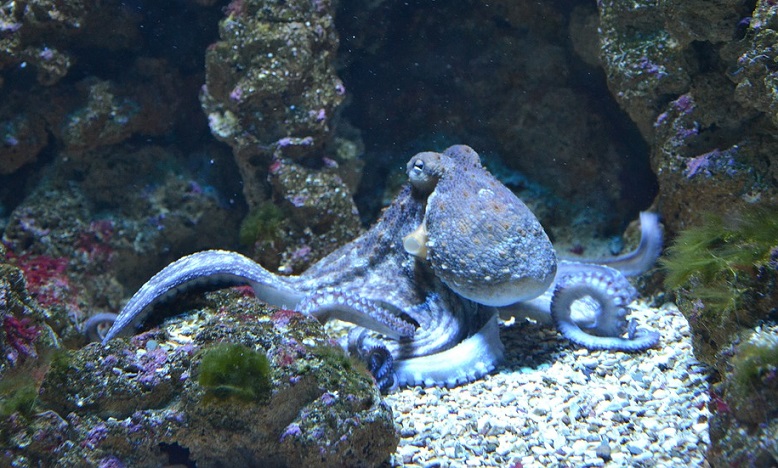 You probably got rid of that annoying and insistent person who tormented you. We find a similar meaning in dreaming octopus dead.

Dreaming of huge octopus – someone claims your submission, you are dealing with a tyrant. Often this dream may reflect the exploits of a boss, a companion or a parent who is too strict, who abuses his power and makes you particularly insecure.

Dreaming of grabbed octopus – that crushes, that suffocates you, these dreams can symbolize a time when you just don’t know what to do, you feel stuck, suffocated, maybe you have taken a wrong path, you are living something that you really don’t want to live.

If you answered yes to at least one question, you should know that we will soon publish a new book on these topics.

Dream of giant octopus meaning- it can refer to a situation where you feel obligated and do something that you do not want, but often it is connected to problems that are like a tangle (like tentacles of the octopus), that appear unsolvable and to the thoughts that derive from it.

Dreaming of a small octopus- indicates a form of manipulation on the part of someone who does not frighten the dreamer and to whom he is perhaps tied, someone who asks and demands so much, who is possessive. It can be a child, it can be the partner, and it can be the lover.

Dreaming of killing an octopus – it means trying to free oneself from suffocating attention, to escape the aims of someone who has an exaggerated interest.

Dream of an octopus that grabs me- it is like feeling like someone’s prey, unable to get rid of his unwelcome and experienced interest as ambiguous, sneaky, slimy. It may be the image of a stalker.

Dreaming of an octopus that grabs the dreamer with its tentacles can be a symbol of his “inner octopus” that is of the part of himself that manipulates, that has aims and interests towards someone or something.

Dreaming of swimming with an octopus – it can refer to the ability to be in balance with the aspects mentioned above, to know one’s own possessiveness, one’s tendency to invade and claim, but to be able to keep them under control and express them in an acceptable and non-aggressive way towards others.

Swimming with an octopus in dreams can also allude to the path taken near someone who is like an octopus: tenacious, intelligent and able to get what he wants both by force and by cunning.

Dream of an octopus that runs away – seeing it plunged into the sea while fleeing brings attention to the symbol and its meanings which will then be evaluated in relation to what the dreamer is experiencing but generally indicates a narrow escape. While seeing him escaping on land reflects an undisclosed pitfall that can recur.

Dreaming of a dead octopus – it represents a change in the situation and in the relationship that the dreamer is experiencing: what seemed oppressive and suffocating no longer has the same power. It is an image that can refer to the invasive and possessive presence of the mother who gives in to the independence and remoteness of the child.

Dream about talking octopus – the words spoken are the way in which the unconscious highlights the intelligence of the octopus; this dream must be taken very seriously, as a message of wisdom and strategy that can be of great help to the dreamer.

Dreaming of octopus in the head – it means aiming at someone or something, planning, manipulating so that their objective is realized.

Dreaming of an octopus in the pool – often alludes to a partner, to his desire for control, to his possessiveness.

Dreaming of cooking octopus – it is equivalent to knowing how to manage the most difficult and obstructing qualities of the octopus transforming them into an opportunity.

This means having a clear understanding of WHO is the octopus in their social circle, knowing their intentions and knowing how to defend themselves by turning the situation to their advantage.

Dreaming of octopus in the salad – as above, it indicates one’s ability to create a resource (and use it) turning a problem into a potential. It is a positive image especially when the octopus is well cooked, otherwise, to dream of eating raw octopus, means to feel all the hardness of the problem, not to escape, but to face them with great difficulty.

Dreaming of a white octopus – brings out the positive aspects of the symbol: intelligence, the charm of mimicry, resistance, elasticity, courage, strategies.

Dreaming of a green octopus – adds to the thinking and oppressive symbolism of the octopus also the strident note of envy and jealousy.

Dreaming of a red octopus – recalls feelings and emotions of anger and passion that move the actions of the “octopus on duty”: a neighbor who does not know how to manage his feelings, who does not accept a refusal, who wants, expects and considers the other only an object of his desire.

The images of these marine animals tend to magnify in dreams as if they wanted to be sure of being seen and to strike attention.

On a subjective level they are linked to unconscious “monstrous” contents and far from consciousness and allude to the renegade aspects of the dreamer possessive, manipulative, phagocytizing and greedy.

Hopefully these interpretations were enough for you to find the meaning behind your dream of an octopus.