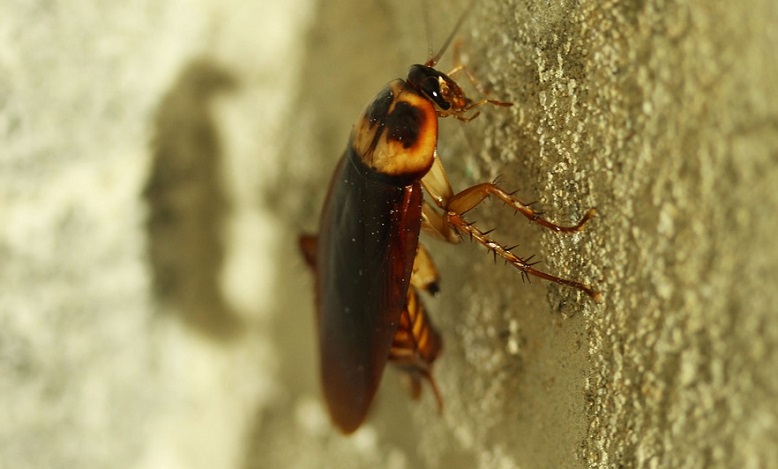 This article investigates the characteristics of this hated animal. Will it be possible to find positive meanings?

Dreaming of cockroaches causes disgust and fear; it represents problems, anxieties and torments, something unpleasant, ugly and invasive in the reality of the dreamer.

To understand the meaning of the cockroach in dreams that is connected to the general symbolism of insects, we must think of its real characteristics that are reflected in dreams.

The black roach owes the name “orientalism” to its place of origin: Russia. It is a cosmopolitan insect from time immemorial adapted to the cohabitation with the man that infests above all the sewers and can make its way in our houses through the drain pipes.

The habitat of this insect is in fact represented by human habitats, preferably if they are heated, and it prefers the lower floors and the humid environments and sheltered from the light.

It loves the heat, even if it tolerates better the cold environments of the other species of the Blattoidei order, and becomes more visible in spring and summer. Preferably visit the kitchen, the bathroom and the rooms near the ovens and boilers.

Synonymous with dirt and grime, it abounds in cellars, basements, old houses with poor hygiene, warehouses, waste collection rooms, local meters and is particularly numerous in damp places and in food storage or among garbage, where it finds plenty of nourishment, consisting of both various food substances and waste of all kinds. A massive infestation of Eastern roaches often describes a condition of degradation and lack of hygiene.

Despite its repellent appearance, cockroaches can be loving and provident mothers. The roach remains attached to the maternal body for a few days, until the mother finds a particularly favorable environment for the development of the future offspring, where she finally gets rid of her rather cumbersome burden: a roach contains a maximum of 16 eggs. The hatching takes place after about 50 days.

The nymphs, which usually hatch at night and become nymphs within 1-3 months, are already quite similar to adults, but are completely devoid of wings, which develop completely only in the last stage, the adult one, during which these insects are able to reproduce. The development of the Roach orientalis from egg to adult lasts on average 8-10 months and is therefore slower than that of the Roach Germania.

The cockroach is resistant, leathery, and widespread throughout the earth, present in urban agglomerations and in homes where it finds an optimal environment and remains of food, where it can reproduce and invade humid and warm spaces and hide even in the narrowest joints. Seeing it causes discomfort, fear or a visceral disgust that can cause a phobia.

How to link these features to the dreamer’s reality? Let’s see how to translate the unpleasantness caused by dreaming of cockroaches into coherent situations: The cockroach is an unwelcome guest that invades human spaces and uses the resources of others to live and reproduce.

Dreaming of cockroaches can allude to equally unwelcome real guests, to people considered pests, invasive of spaces and resources. The roach is in contact with the earth and is attracted by garbage and broken foods. 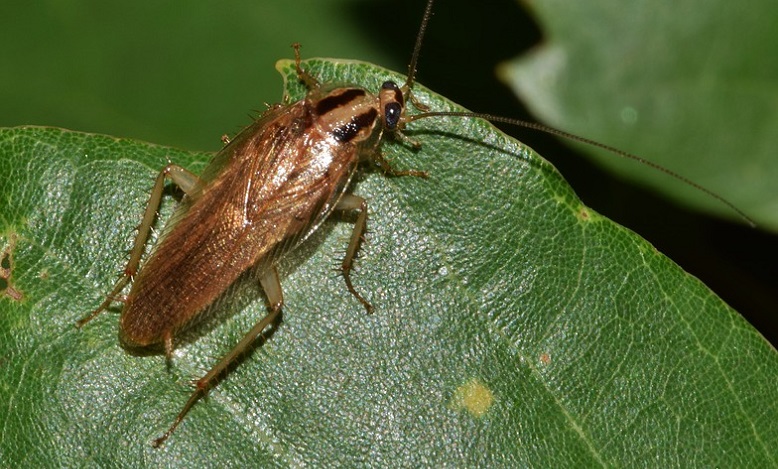 The roach has a leathery and resistant appearance and even when it is crushed it does not die immediately, it paws convulsively and often manages to move and escape. Dreaming of cockroaches leads to irrational fears, fear of not having control, of not being able to defend oneself, of being unable to do anything against some events and against some people.

The roach is considered the most resistant animal on the face of the earth, it is said that it will survive a nuclear catastrophe. The man will disappear, the cockroach no. Getting away from the death of other living organisms makes it alien, makes it a little monster. Dreaming of cockroaches compares the dreamer with everything that is dark, incomprehensible, different and far from human vulnerability.

The cockroach in dreams presents itself with a set of recurrent images whose variables are influenced by the degree of repulsion and the sensations of the dreamer and his appearance.

It is possible, in fact, that this does not appear as a dark and malevolent little monster, but that it looks colorful and funny like an extravagant animal, a pet or a cartoon.

Dreaming big black cockroach – as above, but the meaning in this case is centered on a single problem, an unpleasant thing that the dreamer suffers, a person who has power and influence over him and who oppresses him, an unpleasant and petty person. A big cockroach in dreams can also be the image of a disowned self.

Dreaming of having cockroaches in your hair – it can be connected to obsessive thoughts about petty and disturbing ideas, an invasion of dirty ugly thoughts, but on an objective level it can represent the weight of something that one cannot free oneself from and that limits one’s freedom of action.

Dreaming of crushed cockroaches – shows a situation that is changing, the awareness of something unpleasant and potentially harmful that perhaps has been neutralized even if the disorder is still present. It aims to show an invasion, something that has happened and that has left its mark. It can be considered a positive dream, because we leave behind the frenzied movement of the dead cockroach, or negative if the dreamer sees in the cockroaches dead in dreams the signal of a still present threat that looms

Dream of crushing cockroaches – indicates a decision taken. Killing cockroaches in dreams is equivalent to changing a difficult situation in which one feels exploited or targeted. On a subjective level it indicates the ability to transform what one feels inside: one’s own discomfort and obsessions. It is an image of liberation from something or from someone.

Dreaming of cockroaches running around the house – it represents a symbolic invasion and must make us reflect on the situations and on the equally invasive and unpleasant people who have crossed the borders of their own territory, of their family circle or who have a harmful influence. Show the parasites, those who live behind others.

Dreaming of cockroaches on the ceiling – cockroaches that climb in dreams or suspended high on the ceiling can indicate the dominance of some thoughts and some problems. Symbolism here is dark and negative. There is something that brings up the dreamer’s anxiety and is experienced as a kind of sword of Damocles.

Dreaming of cockroaches under the bed – they are among the most repellent and fearful images and represent both the intimate invasion that compromises every peace and pleasure, and the impossibility of defending oneself.

Dream of dead cockroaches in the bed – the unconscious shows an unpleasant and hidden reality that can also refer to the past, to buried memories, but which continue to resurface, invade the mind and compromise the dreamer’s well-being. Dead cockroaches in the double bed, as above, bring attention to couple dynamics, memories of betrayals of the past, dark thoughts and doubts that are silenced.

Dreaming of cockroaches coming out of the toilet – connects to the overwhelming feelings that hinder change and influence decisions and renewal. They are invasions and squabbles from which the dreamer feels chased, from which he cannot free himself.

The bathroom in dreams is the place dedicated to the need to abandon and now useless situations and cockroaches in this situation can represent what must be abandoned or, on the contrary, be a distraction, a disorder that prevents doing what needs to be done.

Dreaming of cockroach in bread – indicates something toxic, something that does not do well, but which is “nourished” (metaphorically), something that is influencing one’s own ideas and one’s own growth, something to which a value higher than reality is attributed, something or someone who likes, who admires himself and who considers himself indispensable for his own growth, on which he molds himself, who wishes to please, but who does not nourish the same feelings, who invades with bad grace, who pretends.

Dreaming of cockroach in the mouth – they are the verbal expression of what one thinks and that emerges badly, of what is said: bad words, unpleasant and bad expressions, what is magnified inside and now comes out in a “bad” way or turns into exaggerated malevolence.

Dreaming of cockroaches walking on you – it can be connected to a problem one feels crushed by, from which one cannot defend oneself. Cockroaches in dreams that have crossed the sacred limit of the body can indicate the propensity of the dreamer to not know how to defend his privacy and his intimacy, to let himself be influenced and invade by unworthy, ambiguous people.

Dreaming of cockroaches on the feet – it can be connected to what prevents a movement, an action, something or someone who “stands between the feet” (co me used to say) and that has become a real torment. While cockroaches inside women’s shoes can be linked to doubts about their femininity and pleasure.

Dreaming of cockroach coming out of the body – shows the “toxins” that must come out (or that are coming out) physical or mental toxins, obscure things, of which we are ashamed, that come to light (which we fear are also seen by others). It can also indicate a real physical malaise that is manifesting.

Dreaming of golden roaches – they are connected to the symbolism of the scarab and to its sacred role (symbol of the sun for the ancient Egyptians) linked to protection and renewal. The dreamer will have to ask himself how he feels in front of these “precious” cockroaches, by whom or what must be protected and preserved, who or what is precious, to be protected and preserved.

Dreaming of pink cockroach – they can indicate small quarrels, solvable problems, feel disturbed by something that is not considered dangerous. Childhood problems.

Dreaming of cockroaches and other animals – cockroaches in dreams often appear with equally unpleasant and fearful animals such as mice, spiders, worms, scorpions, ants and snakes and this combination aims to double the impact on the dreamer and, as happens with the colored cockroaches in dreams, of affect the final meaning by showing the area in which the problem arises.

Dreaming of cockroaches with wings – one feels pursued and oppressed, there are fears of not being able to free oneself from obsessive thoughts, problems or intrusive people.

Dream of hairy cockroach – may indicate a dirty, animalistic, primitive, rude person. The hair can refer to an unpleasant and lived as frightening virility.

The sight of the cockroach causes aversion, fear, and disgust, feelings of anxiety, fear or panic. Dreaming of cockroaches must lead the dreamer to rethink the same sensations experienced in reality, to wonder in which area he feels the same disgust and the same fear.

The cockroach is dark and loves dark and hidden places and like all dark and unpleasant symbols it evokes the disowned selves that are part of our shadow.

Dreaming of cockroaches can be connected to something that is buried in the depths of the unconscious, an aspect of self that emerges in a distorted way causing alarm in the conscience.