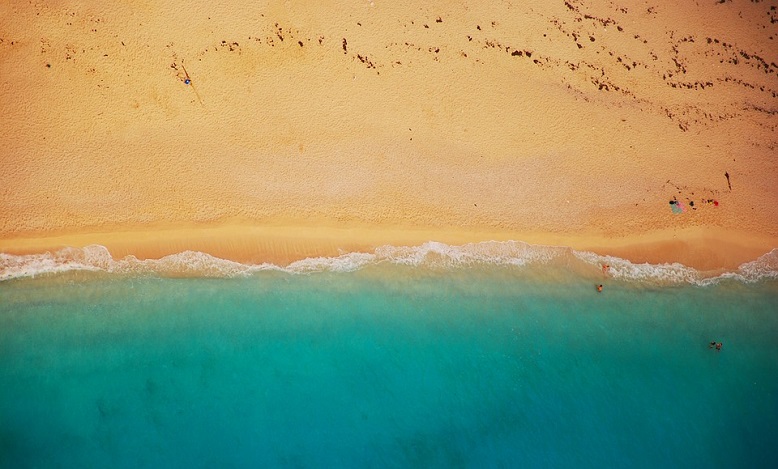 each sand is the symbol of what moves and transforms around itself, something lasting, resistant, “ancient”, but extremely flexible: it can be the time that passes and that changes everything, it can be a slow wear and drying up of the feelings, can be situations that change and condition the individual.

Dreaming of sand alludes to a constant movement, to an infinite becoming that can be experienced as transformation and growth, but also as instability, uncertainty, inability to take root and build something solid and lasting.

Dreams About Sand – Meaning and Symbolism

The sand in dreams is the symbol of the power that time and external and uncontrollable influences have, but also of the resistance and adaptability of the individual, of his courage in facing challenging and difficult situations.

The symbolism of sand in dreams is closely linked to that of the four elements of which it possesses the qualities: flowing and “liquid” like water, plastic and adaptable like earth, burning and abrasive like fire, light and mobile like the air, the sand concentrates in itself all the power of nature expressing it in a benevolent or destructive form.

But it is the infinite multitude of grains of sand, which alludes to the immensity of time and the mystery of the world, which strikes the human imagination.

Grains of sand thrown to the wind in the ancient Shinto ceremonies represented the same infinity of the raindrops, and they had a protective function towards the natural forces, but they also demanded the fecundating action aimed at bringing wealth and abundance.

In the symbolism of the sand the contact with the sea must not be neglected and being part of the “beach”, dreaming of sand can then allude to the individual and collective unconscious and can lead the dreamer to confront himself with his own interiority, or to bring out aspects archetypes linked to the world, to the infinite, to the passing of time.

To understand the meaning of sand in dreams, we need to think about WHAT sand is in nature, how it behaves and the experience the dreamer has.

In this regard, I quote a piece written for a previous article on dreaming of sand: “The sand is formed over the centuries by attrition and pulverization of the rocks and is formed by a multitude of tiny grains that move, rolling, sliding, and sliding down on each other.

The sand is soft and yielding under human footsteps, gives rise to the beaches, anticipates and surrounds the great expanses of water, the lakes, and the sea and, in the deserts, it forms real moving hills, colors and fills all space.

But what is built with sand does not last, it disintegrates, changes shape, it is subject to the movement of the wind, of water, to the weight of the steps that run through it, to the friction of each grain against the other that make it always finer and more impalpable. ”

Here then emerges the sense of lability connected to the symbol of the sand in dreams, to the constant movement that recalls the passing of days, to the insecurity and transience of the human condition whose only sure goal is death.

But it also emerges its soft and elastic adaptation to the shape of the extended body, the pleasure that its heat brings to the skin, the receptivity that welcomes and, like the earth, alludes to the maternal uterus, to the protection of the cradle, but also to the last refuge of the tomb.

Dreams about Sand – Meaning and Symbolism

Below are the most common dream images related to sand and possible meanings.

I recommend using them as a starting point to reflect on your dream and to consider with equal importance the sensations you feel in dream and awakening:

Dreaming of running on the sand – it can be connected to a feeling of instability and bring the attention of the dreamer on an uncertain path, not “solid”, on projects that do not have a structure or that are subject to external influences.

Running on the sand in dreams amplifies the meanings mentioned above and, in addition to the sense of instability, adds the haste to be able to do something without having the basics.

While if you walk with pleasure on the sand the dream can indicate the need to trust, not to exceed with the control and to let go to the flow of life.

Dreaming of sinking in the sand – reflects the inability to proceed in the face of a difficult reality that cannot be controlled. It can allude to work problems, to the feeling of not being understood, to misunderstandings in couple relationships.

It represents the fatigue of living, but it can highlight the strength of the dreamer who does not give up and continues to advance.

Dreaming of sunbathing on the sand – when you feel the pleasure of contact with the sand, the comfort, the welcome and the warmth of its plastic mass, the dream can indicate the need to detach from the daily tasks to take care of yourself and your intimate relationships.

It is an image linked to uterine regression and the flight from rationality and the responsibilities of reality. It represents the need for retreat, for reflection, for quiet.

Dreaming of rolling in the sand – it can reflect obsessive thoughts or the lack of substance and solidity in a sentimental relationship.

Dreaming of writing on the sand – in general it alludes to the uselessness and transience of human actions but, in particular, it reflects the tendency to carry out useless and counterproductive actions or to dedicate time and energy to situations that have no outlet or to people who are fleeting and not very receptive.

Dreaming of digging in the sand – it means looking for a meaning, a reason, a result in a moment of instability, going beyond the immediate difficulties, finding the origin of these, not giving up.

Dreaming of building with sand – puts the dreamer in front of actions that have no “foundation” or foundation, in the face of wasted energy and to become entangled in the realization of fantastic goals.

Dreaming of sand at home – it can relate to disenchanted or disillusioned aspects of oneself that live the precariousness of existence, that see no reason to create something, that do not have the strength to commit themselves.

It is an often unpleasant image that alludes to situations that are not solid and unsafe in the family environment.

Dreaming of sand flowing between your fingers – it is the symbol of life that flows, of the limited influence of man in the succession of phases and ages, of the existence that flees, of a feared goal.

Dreaming of sand in the mouth – equivalent to the impossibility of expressing oneself, to “heavy” feelings and emotions, which suffocate the correct expression of oneself. It can also indicate insecurity.

Dreaming of eating sand – it can be a compensatory image of aspects too disconnected from reality, representing the need to become “heavy” (more objective) and also to confront the “weight” and the unpleasantness of reality.

On the contrary, it can highlight an excessive tendency to experience material aspects and to “feed” on illusions.

Dreaming of vomiting sand – indicates the need to eliminate (throw off) all the unpleasant things that have weighed down the dreamer, can allude to the aridity of feelings and to everything that cannot be assimilated and that becomes “toxic”.

Dreaming of sand in the eyes – it means not seeing clearly what you are facing, being blinded by illusions and hopes that have no chance of success.

Dreaming of having sand in your ears – also this dream is linked to a distorted perception of reality or to a tendency to isolate oneself from one’s environment, to remain prey to one’s own thoughts made of illusions, disappointments, unrealized projects.

Dreaming of sand in your shoes – indicates the annoyances and obstacles that the dreamer encounters in his path, but also his slowness and pondering that end up hindering him or making him unpleasant what he is doing. Sand in the shoes in dreams can be a symbol of irritations and annoyances that come from the outside.

Dream of wet sand – indicates the heaviness of a situation and the emotions that are affecting the dreamer, but also the compacting of vital energies, the recovery of a strength and a will that were labile and disorganized.

Dreaming of ma sand king – it represents the territory of the beach, a border between the conscious and the unconscious and the need perhaps to access it, to reflect on itself, to consider its own interiority and its own needs.

Dreaming of desert sand – it reflects the same aridity, distance, emotional emptiness and material of the desert symbol. It can indicate loneliness and abandonment.

Dreaming of sand dunes – it can connect to obstacles that have changing and incomprehensible aspects that you don’t know how to deal with. But the same image can allude to illusions and preconceptions that mask and obscure the reality of things, which impede understanding.

Sandstorm in dreams – it is a dream linked to objective difficulties that are breaking down on the dreamer and to all the obstacles (or fears) that prevent him from seeing (understanding) clearly and reacting.

It is a dream linked to feeling devoid of points of reference, feeling lost and not knowing which direction to take to get out of a difficult situation.

Dreaming of sand castles – it is the most classic image of illusions nurtured in some sphere, of the frailty of projects and actions, of unrealizable hopes.

When the sand castles in dreams are destroyed by the action of water the dream represents desires, dreams and ideas that have no future.

While dreaming of making sand castles in dreams, in addition to the above, can highlight a “pink” world view, an optimism and an enthusiasm that perhaps belong to the dreamer’s Puer aspect, but that have the tendency to color the whole reality of childish aspects.

Dreaming of quicksand – it represents instability, lack of certainties and difficulties from which the dreamer feels submerged. It is the symbol of everything that destabilizes and frightens reality, but also indicates a tendency to risk, to proceed on unsafe roads or to get involved and involved in unclear situations.

Quicksand in dreams can be an image of unconscious contents sucking and obsessive thoughts, an excessive mulling over of oneself and one’s own sensations.

Dream red sand – it can reflect its own illusions about feelings and passions that do not have the strength to resist time. It can indicate the desert, its emptiness, the fear of loneliness.

Dream black sand – recalls the color of the volcanic sand and the sense of heat that derives from it (hidden and buried emotions and feelings) and a compressed and perhaps misdirected energy.

Dream white sand – it reflects the qualities of light and can indicate ethereal and little-rooted aspects of oneself, but also trust and hope, a naively trusting in situations and situations that are not very solid and little explored. It means being careless and having a bit of childish enthusiasm.

The sand is soft and yielding under human footsteps, gives rise to the beaches, anticipates and surrounds the great expanses of water, the lakes, and the sea and, in the deserts, it forms real moving hills, colors and fills all space.

But what is built with sand does not last, it disintegrates, changes shape, it is subject to the movement of the wind, of water, to the weight of the steps that run through it, to the friction of each grain against the other that make it always finer and more impalpable. “