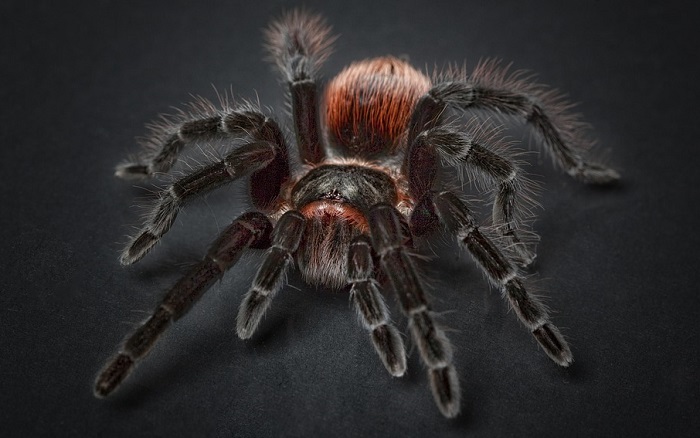 The meaning of the spider in dreams is linked to the emotions that the dreamer feels towards him: fear, repulsion and a tendency to grasp its aggressive and predatory habits will make it a negative symbol, while curiosity, admiration or simple neutrality towards it they will result in positive meanings, linked to renewal and the ability to reconstruct the Ego.

So the symbol of the spider in dreams can change radically by changing the perspective from which it is observed and putting aside the prejudices about its appearance.

The spider lives in the shelter of the web, it is a predatory animal that patiently awaits its prey, wraps it in its deadly cocoon, kills and paralyzes, injects poison, has a way of moving on the eight legs that men feel “alien” and the female of some species devours the male after mating.

The spider is an ancient symbol of creation, creativity and hard work. In ancient Indian tradition they allegorically called it Brahma – the creator of all things – the spider that weaves the web of the world.

On one side, the spider as defender of the people, a marvelous savior, protector of the hearth.

On the other hand it is associated with cruelty, greed, betrayal. The positive value of spiders was reflected in the myths about spiders, which had taught people the craft and art of weaving.

The motif of spider webs, which represent a principle of safeguarding, is widely diffused, they take the hero to a dangerous place, help him to climb to the sky, and then they bring him down safely.

The spider has been widely used in white and black magic. The amulets and the pendants with the symbols of the spider make the owner interfere in the life of dark forces.

Nowadays, the spider is an unequivocal symbol of phobias, however, thanks to its ability to weave a web, it represents the complexity of life and destiny. Since the spider web starts from the center and widens out of the spider’s mouth, in some cultures it is considered a symbol of the sun and the creation of life. Because of the complexity of the web, and its similarities with a maze of Celts, the web represents the obstacles that must be overcome by man.

In ancient Egypt and ancient Greece the spider web also symbolized destiny, in Hinduism – the cosmic order, the spider was considered as the center or by the ancient Maya – the illusion of weaving, in Oceania, and in certain tribes America, the spider was revered as the creator of the Universe, the Australian aborigines worshiped the spider as big as a solar hero, and in some African and North American tribes it was believed that the spider was a deceiver.

In Christianity, the web is the symbolic expression of the fragility and transience of human life, and the sticky web represents the devil’s trap for those who lose control and identify the spider with Satan and evil.

The spider’s twist in the web, when it destroys the impotent victim, identifies with the terrible Great Mother, who creates and destroys. In Christianity, the spider represents the miser who sucks his prey drop by drop. The Japanese believe that female spiders represent the trap for travelers, the evil spider is a dangerous werewolf. Despite all the unflattering qualities attributed to the spider, killing him is believed to bring bad luck. Only the ancient Romans worshiped the spider as a talisman of luck and prosperity.

In dreams spiders are the dreamlike representation of problems or fears hidden in real life, or so it is very often. With the black widow there is always the possibility of finding oneself in reality in a relationship in which one feels suffocated by the partner. Who has never experienced such a sensation in a relationship at least once?

What does it mean to dream of a spider? Our dream interpretation brings us back to what Jung wrote: “The spider, like all cold-blooded animals, […] has the function, in dream symbolism, […] of expressing, most of the time, the contents incapable of becoming conscious […] “.

Therefore, it is very probable that the problem that the spider can represent in dreams is very often difficult to identify, it is almost impossible to feel its presence in reality; but this persists creating stress without even knowing it, without practically noticing it. And with this I repeat what I mentioned above with Jung.

I can immediately anticipate that if the spider did not make disgust in the dream you do, you can interpret it as a positive symbol, as it would represent the industriousness, ingenuity, skill and patience of which you yourself you are the holders.

Dreaming of a black or gray tarantula – is the most classic color that can be found in the dream life of both women and men. It is often a sign of unclearness of things or a transformation.

Dreaming of dead tarantulas or crushing a tarantula – can be the sign of a release from some problems.

Dreaming of  tarantulas and cobwebs – can symbolize being trapped in a network of relationships or maybe feeling involved in something that we would like to get out of.

Dreaming of white tarantulas – is almost a contradiction, but its origin should be evaluated. However it is possible to argue the meaning that this insect assumes.

Dreaming of large, almost giant tarantulas – is a sign that the obsession, the problem, the torment, the suffocation, the pressure felt psychically and physically are always greater.

Dreaming  tarantulas in the bed – is certainly not a good sign, at least intimately speaking I would begin to ask myself, to question myself about possible problems that may perhaps have been born with our partner and also wrapped with ourselves.

Dreaming of red tarantulas – could be associated with someone for whom you have a passionate feeling but who is currently suffocating you or causing problems that are probably devious.

Dreaming about a tarantula that threatens us – being attacked by a tarantula can be a sign of a suffocating unconscious that does not allow one to become an adult.

Dreaming of so many  tarantulas – is a sign of a reinforcement of the meaning (as for other insects or animals in general) of any analysis of psychological suffocation probably due to external pressures like spouses, relatives, friends or acquaintances (also applies to employers) . A difficult problem to face that does not allow the evolution and resolution.

Dreaming of poisonous tarantulas – this is a very common dream. It is clear that there is something that just poisons your life. Look for the problem or the person creating this torment and solve it.

Dreaming of hairy tarantulas – certainly arouses much disgust; however it is certainly considered to be a primitive and instinctive component of our unconscious that manifests itself during sleep.

To dream of a tarantula that bites – means that there is something that torments you and that never as in the past is more dangerous than usual.

Dreaming of a biting tarantula – is a bit like a scorpion. Sure it was just a tarantula? Maybe you associate the two animals together.

See the interpretation of both. It could also be equivalent to dreaming of being bitten by a tarantula.

Dreaming of a tarantula hanging down from the ceiling – it symbolizes silent and imminent threats or outstanding issues.

Dreaming of a  tarantula with eggs, or giving birth to so many  tarantulas – this suggests a profitable moment both at work and in the family, a bit of luck sometimes even for us.

Dreaming of a tarantula that speaks – this figure represents a direct line with our unconscious, better to listen to what it has to tell us.

Dreaming of a tarantula on a tarantula’s web that weaves the canvas – this figure represents the working nature and the patience it takes to do its job at its best, also represents creativity.

Dreaming tarantula that eats the fly – the tarantula preys on the insects that end up in its web like a partner can resort to tricks to know the truth, be careful.

Dreaming of the tarantula web without tarantula – here we move on to a possible mother-child relationship where the absent mother remains aloof but still present in the life of the child during important decisions.

Dreaming of breaking a web – we are free! We had the courage to face a bond that failed.

The spider in dreams is associated with feelings of anguish or concern, conflicts in which one feels suffocated, which make one feel trapped, that frighten. This interpretation, which appears somewhat simplistic, but which is confirmed by the analysis of so many dreams, is linked to what the dreamer feels towards the spider.

If spiders in dreams (and in reality) do not cause repulsion or fear, but are observed with curiosity and interest, they can be considered the expression of creative qualities, a symbol of patience and ability to build and reconstruct and a positive sublimation of psychic energies.

The spider has a creative ability that is expressed in the daily weaving of its canvas, in the perfection, accuracy and patience with which it dedicates itself to this work and this makes it a symbol of a vital energy linked to creation and renewal.

The spider’s web is a model of perfection and can be considered a sort of mandala that represents the completeness of being in the completeness of the universe, while the silvery and resistant thread that the spider secretes is, in this symbolic perspective, the most powerful link with the higher self, with divinity and spirit.