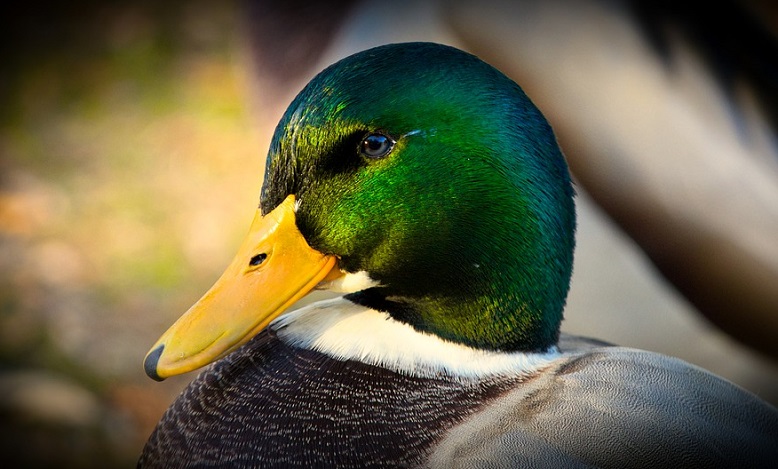 Ducks might seem like birds that don’t have much depth and symbolism behind them, but this can’t be more wrong. Ducks are remarkable creatures that have been around us for thousands of years. They have been our faithful companions and without them our lives would have been much different.

In today’s text, we are going to talk about duck Symbolism, meaning and duck in the role of a totem and spiritual animal. So, if you would like to know more about this remarkable creature this is the perfect opportunity to do so. You might even discover that duck is your spiritual animal as well.

Before going into the meaning of the Duck it is good to make a brief introduction. By the term Duck we mean the common name of a considerable number of birds. Generally these are migratory and belong to the Anatidae family. It is therefore a definition devoid of any systematic value.

In fact, when we talk about Duck it is to be understood as a group comprising different species belonging to various genera and subfamilies.

The Duck, therefore, is a migratory bird and is the personification of the initiatory journey. For the migration it performs each year it symbolizes the difficult spiritual search and the cycle of rebirths. In the ancient Egyptians it is associated with the goddess Isis. In Judaism it is the symbol of immortality. The peculiarity of these migrations is represented by the fact that the male specimens of Duck always make these journeys together with the female.

In the East, in fact, to come across a pair of ducks (or to keep in their own home the reproduction of porcelain or other materials from a pair of ducks) is a symbol of good omen for the unity and fidelity of the couple. The Celts, the Sanskritis and the Greeks considered him a sacred bird because they attributed a symbolic value to him regarding the creation of the world.

Among the Indians of North America there is the belief that the Duck can facilitate the learning of the discipline of swimming by children. At the same time, she is seen as an interleave between heaven and earth.

In Italy (especially in the south) and in France the Duck takes on more of a bad luck role. This, perhaps, due to its atavistic relationship with the marshes, a place commonly associated with death and misfortune. Due to the fact that it flies on the surface of the water, the Duck is also considered a symbol of superficiality, slander, deceit and betrayal.

Who is guided by the Duck totem is generally a psychologist or therapist. This helps to dissolve emotional and physical blocks. In fact, they are able to establish a direct connection with the patient’s emotional state.

He is asking you to take notice of your surroundings, for a new opportunity may be being offered to you. The animal is reminding you that in order to triumph with this opportunity you will have to move quickly so your new ideas can take off. The Duck is making it very clear that to succeed with your goals, you have to move now!

Alternatively, the Duck may be reminding you that today is the day to explore your emotions. Use the energy of the bird to observe your own feelings clearly and navigate through them so that they are freed. Use affirmations and gratitude to clear the way.

You have a strong sense of community and are definitely a very sociable person and do not hold resentments, even if you are not afraid to disagree with others. His gift is to help others in their emotional embarrassment and often pursue a career as a psychologist or therapist. You prefer to be in places where you feel comfortable and tend not to challenge your own comfort zones, always staying in the moment and enjoying life in the present.

Seeing Ducks flying in his dream represents his spiritual freedom. They are your connection between the physical and spiritual worlds. You’ve always had the choice to decide to see the world around you. By remaining in the present moment, it is possible to find peace.

Seeing a swimming duck represents your connection to the emotional and unconscious body. He is reminding you that by allowing yourself to be emotionally vulnerable, you are free to get on with your life. The ability to combine and adapt to different situations has always been with you. 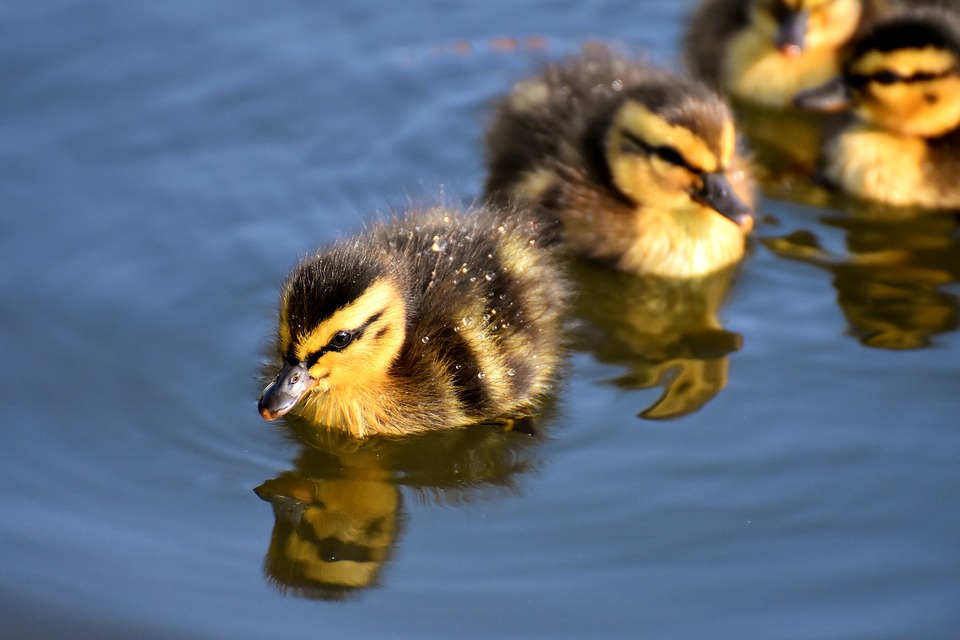 Alternatively, the dream may be suggesting that you are preparing for something or prepared “for the kill”. Are you an easy target like a sitting duck? A duck in dreams can also mean that you are avoiding some problems or situations rather than dealing with it.

The duck is invested in a limited way with symbolism, since it rarely appears in legends. Because of the migrations that every year this animal performs symbolize the initiatory journey the difficult spiritual research and the cycle of rebirths. On the other hand, China holds a prominent place especially in terms of ornamentation with mandarin ducks appreciated for the beauty of their plumage.

Still in China, the animal represents marital fidelity and was therefore often placed on white and blue porcelain from the 14th century. It turns out to be the Yin which, associated with the Dragon (Yang) is the union of mutually respectful lovers.

The ancient Egyptians associated the animal with the mysterious and dangerous marshes and saw it as a symbol of fertility and bearer of life due to its connection with water. There are two gods that were associated with the duck: the god Geb (also associated with the goose), who was the one who laid the egg from which the Sun was born, and the Goddess Isis. This latter association then led the Jews to symbolize immortality with this bird.

Its association with the marshes led them to have a double oxymoronic meaning, in fact it was considered both as a bearer of evil and as a projectionist from it. It was also used for symbols such as hovering, flying, and perching and for different concepts such as trembling, trembling, entering and fat. The hieroglyph representing the codon was combined with that of the sun and indicated the birth name of the kings of Egypt (son of the sun) which expressed the divine status of the king. Therefore the animal is also a symbol of high lineage and royalty.

Finally two ducks walking side by side were the hieroglyph for “washerman”, then cleaning. In some traditions, the bird, as it floats on water, is associated with superficial judgment, slanderous chatter and treacherous deceptions. For the American Indians it, as a bird, was a mediator between heaven and earth. In a legend it is considered foolish:

“A duck male had managed to escape the hawk and the following year, when he returned home with his wife, he still enjoyed all his courage and abilities. The hawk heard him boast and became so angry he killed him. ”  Morality – often repeated in indigenous cultural traditions – is not to gloat over one’s victory over the enemy.

In the Native calendar the duck was a constant and gave name to many months; July was “the moon in which the ducks begin the moult” and August “when the ducklings take flight”. The Dakotas commemorated the month of May as the moon during which “flying game returns”.

A later version of the dakota dating system refers instead to April as “to the time in which the eggs are laid”. For the Chippewas, October was the “moon of migratory game”. These are translations and in the originals the duck was often accompanied by a goose.

The duck is a swimming and live on the water, also held as a pet with short neck, wide beak and floating feet. She is adept in the water but has a typical waddle on the ground. Colloquially, therefore, one says to someone who is slow and cumbersome, he moves like a lame duck. Ducks as wild birds were initially hunting animals, were in Egypt already around 1500 BC. Domesticated and often depicted in the visual arts.

In East Asia, the Mandarin duck is brought together with happiness and faithfulness in marriage. Duck and Drake symbolize the union of the lovers. For the Etruscans, she was a bird in contact with the hereafter. In Indian mythology, the duck is in contact with the sun. In christl. Representations because of their profligacy on church portals as babblers, who should stay away from the service shown.

Ducks, as well as geese were often associated with wise women (Mrs. Holle), but also witches and devils, often belong in fairy tales to their herd, z. The Russian witch, Baba Jaga, who sometimes has duck feet herself.

The white duck, which carries Hansel and Gretel into a new life after crossing the witch on their back across the pond, can be understood as a positive aspect of the Great Maternal / Female (KHM 15). In Grimm’s fairy tale “The Three Little Men in the Forest” (KHM 13) and “The White and the Black Bride” (KHM 135), the heroine transforms into a duck as a transitional figure due to her step-sisters’ (dark animated figures, shadow aspects) embodied the “lower” animal instinctual and instinctual pathway of development to adult woman, but expelled from the consciousness of the human community.

As an excellent swimmer, the heroine transformed into a duck does not seem to let herself be submerged in the waters, the areas of the subconscious. She also does not hesitate to swim through the gutter to the Royal Palace to look after her child.

As a water bird similar to the goose, the duck belongs to the positive area of ​​the Great Maternal / Female, the area of ​​the great mother goddesses Aphrodite and Isis, but also symbolizes the “witch side”, the shadowy sensual / instinctual aspects of the feminine.

She is a bird that can move on land, in the water and in the air, thereby embodying a principle that is at home in all areas of nature. It can overcome what is a natural obstacle for humans.

Therefore, it symbolizes the transcendental function, the self-regulating power of the soul, which can lead psychological constrictions and blockages over symbols or dreams into a new situation.