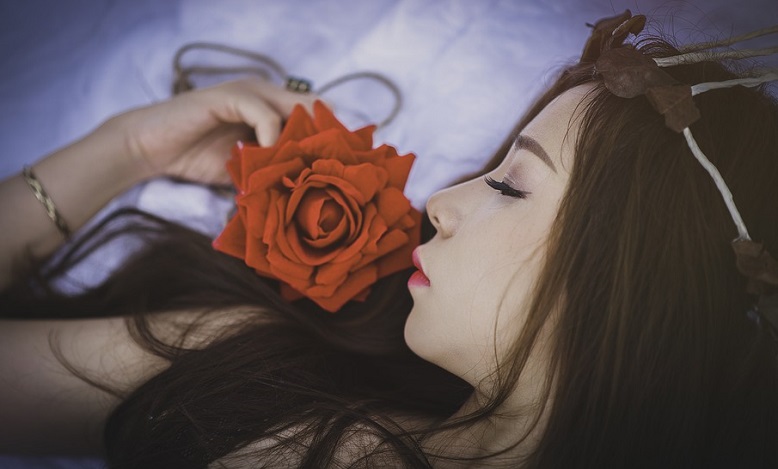 Have you ever had the feeling of being awake but not being able to move? Have you ever woken up at night and your body did not respond to any motion signal as if it had frozen.

Nevertheless, it happens that one does not fully awaken by a certain dreams and thus the sleep paralysis can be consciously experienced.

The sleep paralysis can be very uncomfortable with inexperienced, because the feeling of not being able to move can be very scary.

But do not worry, sleep paralysis is not a dangerous disease, it occurs in every healthy person.

Besides discussing the meaning of sleep paralysis, we will also discuss what it means to feel like someone is touching you while you are sleeping from a symbolical point of view.

Why does sleep paralysis occur?

So, if you walk in your dream, you would also try to run in your bed.

So that your dreams do not disturb the recovery process of your body, your brain has developed a mechanism that separates body and consciousness from each other.

Cats were anesthetized brain function responsible for sleep paralysis. As a result, these animals could not sleep because they kept awakening from constant movements.

It can therefore be said that sleep paralysis is an important, indispensable factor for healthy sleep.

When does a sleep paralysis occur?

Since sleep paralysis is important in order not to transfer dreams to the physical body, sleep paralysis will be active during every dream. During sleep, roughly two different cycles occur: NONREM and REM sleep. REM stands for rapid eye movement, which means “fast eye movements”.

The NONREM occurs in conjunction with a light sleep. There are no real dreams here, only spongy visual appearances. Here the body is aware that it is lying in bed and can change its position during sleep (even without falling out of bed).

REM sleep occurs in a very deep sleep state. This is where the real dreams come into being, where action is taken (talking, moving and feeling).

During this REM sleep, sleep paralysis is active. If you wake up in this state through a dream, it may happen that the sleep paralysis has not been lifted and the entire body, with the exception of breathing, is completely paralyzed.

The NONREM, which occurs after falling asleep, has a duration of about 80 minutes. This is followed by REM sleep for about 10 minutes. This 90 minute cycle is then repeated about 4 to 6 times. This corresponds to about 4 – 6 different dreams and thus 4 – 6 sleep paralysis per night.

Feelings during a sleep paralysis

When you find yourself in sleep paralysis, you feel that everything is deaf and puts a force in your bed.

All body parts are unable to move and even with the greatest effort it is rare that one manages to move his toes. Despite complete paralysis, it is still possible to control his breathing.

In sleep paralysis, the eyelids are also paralyzed and cannot be opened.

Nevertheless, it may happen during sleep paralysis to have the impression of looking through his eyes.

It also happens that you can hear loud bangs or “vibrating noises”. These events indicate an impending out-of-body experience.

How to fight sleep paralysis

Although a conscious sleep paralysis, even in exceptional cases, takes no longer than 2 minutes, but you cannot move your own body, creates a kind of panic.

Therefore, it is helpful to know how to break a conscious sleep paralysis.

Since breathing is controllable in sleep paralysis, one has to change one’s breathing into a deep inhalation and exhalation in order to signal the body to already be awake.

Thus, the sleep paralysis dissolves after a short time.

In the following, the phenomenon of often perceived as life-threatening, during a so-called “Sleep paralysis” or “sleep trauma” or even sleeping emergence entities such as spirits or demons presented to us.

Ghosts and demons in sleep paralysis?

In conventional science, which is characterized by materialism (that is, negating the mind), sleep paralysis (sometimes called sleep stiffness or sleep paralysis) describes the almost total paralysis of the muscles during physical sleep, with the eyes generally excluded and the consciousness of those affected mostly in the waking state.

It occurs in about 3 to 6% of all people, at least 30% of adults have experienced at least once in their lives such an experience.

Defining characteristics of a sleep paralysis are the complete immobility and reaction, in which often (frightening) “hallucinations” of all kinds occur, which together with the immobility of those affected can lead to strong anxiety reactions?

According to conventional science, the minds, demons, and other alien, hostile beings perceived by many people during sleep paralysis are merely hallucinations, or fantasy products of the brain – as this science also states that near-death experiences are merely simulations within the brain at no time would there be a “soul” that could also leave the body.

These gentlemen have corresponding difficulties when a blind person can visually see for the first time during such a near-death experience.

Thus, we see that traditional science can derive phenomena in only insufficient plausibility.

Due to the depth of a negative sleep paralysis experience, which shatters the person, it is only too understandable that those concerned tend to perceive such explanations as implausible or not as completely real.

Sleep paralysis from the perspective of frontier science

Demons cause sleep paralysis as well as ghosts. Boundary science does not completely deny the thesis of established science, but it does show that not all experiences of sufferers with simple hallucinations can be dissuaded away.

Often people in sleep paralysis perceive spirits or demons sensitively – they feel that there is a negative force or an entity in the room.

Sometimes this entity on the other hand, makes us feel that such a being is trying to invade or lay on top of them and seem to cut off their air.

The Spiritual Science Research Foundation has dedicated a lengthy research article to this topic of sleep paralysis and ghosts and demons, in which they graphically outlined the following three basic states:

This phenomenon shows great parallels to two mythological beings from antiquity and the middle Ages: the Incubus and the Nachtalb.

As “Incubus” in mythology, a male Alb (elf), a nightmares causing nocturnal demon, a forest spirit or Sylvan called, which pairs with a sleeping woman at night, without this noticed. There is also a female version that is supposed to rob the man of his seed. Both feed on the life energy of sleeping people.

The fantasy creature “Nachtalb” was originally called “Mahr” and at night weighs on people (hence nightmare) and gives them horror. It is usually a small black creature that attracts sleeping people and pets, rarely even things. It penetrates through keyholes or knotholes. The attack is associated with anxiety and shortness of breath. In some stories, sexual intercourse between humans and mahr is also reported.

Both mythological beings not only remember the symptoms of modern sleep paralysis and perceived spirits and demons. But the urge for mating also reminiscent of the modern UFO kidnappings, which are often associated with removal of the sperm or egg cells in which the abductees (e.g. Jim Sparks) also appear as paralyzed and motionless.

We see that a simple, monocausal approach does not provide a sufficient answer to this complex phenomenon of sleep paralysis.

Whatever approach you believe in, feeling like someone is touching you while you are asleep is not a nice feeling. You are scared and uncomfortable, but you cannot explain what is happening to you.

The goal of this article was to present to you two different views of this occurrence, and to comfort you that you are not alone in this.