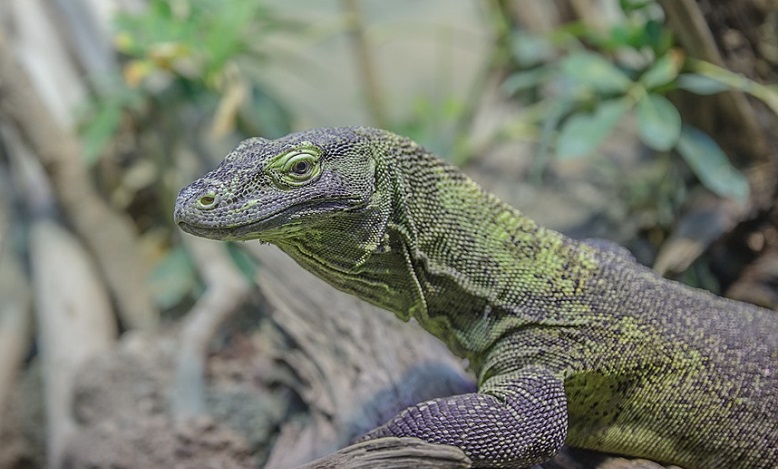 The gecko is the distant cousin of the lizard and is famous for its beautiful colors and because it is able to blend in with the environment that surrounds it.

Unlike the false myths that surround it, it is not poisonous and does not hurt pregnant women, on the contrary: it is an excellent mosquito predator!

The gecko are a family of modest reptiles, we know them as geckos with colors ranging from spotted to gray and yellow.

They are animals that live in temperate environments and all over the world, we see together some curiosity, symbolism, because it is said that the gecko brings good luck (and why not hunt it if we find it at home).

Dreaming of a gecko can take on different meanings depending on the place and the way in which the dream takes place.

If you tend, however, to dream of a gecko indicating consent or proclamation. If – for example – you are undecided whether or not to take a certain decision and you dream of a gecko, then it means that the answer to all doubts is a positive answer.

Dreaming of a gecko, however, can also mean intrusiveness on the part of people trying to violate our personal sphere. The geckos, in fact, are small, live attached to all surfaces and can enter the house even from small openings without being seen just like intruders.

Geckos also, like lizards and lizards, have a very close connection with dragons, feared mythological animals that report the meaning of fear and fear. Dreaming of a gecko, so it can also be an unconscious representation of the fear aroused in us by something or someone.

Finally, the last meaning is linked to rebirth and transformation. A meaning probably due to the ability of geckos to regrow the tail or change the skin just like snakes do.

The gecko is an animal that has always fascinated everyone, hardly anyone feels fear in seeing one, because its appearance is curious. Perhaps not everyone knows that they manage to stick and break away on any surface without the need to use adhesive secretions.

This is why we can see them on the walls, in the ceiling, on a tiny leaf and so on. Where’s the secret? In the strength of Van der Waals, from the name of the German scientist who identified it first. In practice it is an attraction that occurs between the molecules, the gecko has tiny hairs on its legs. A single leg can support a weight 20 times that of the gecko. There are a total of 2 million hairs, so imagine why they can easily crawl from one ceiling to another.

These reptiles can withstand a traction force equal to the weight of about 2 kg which allows them to cling to a leaf after a fall by touching it with only one paw.

Another curiosity is that they are the only reptiles that emit a verse that is not the common hiss.

Finally, some species are generated by parthenogenesis, i.e. the females are able to reproduce without mating with the male.

Again, thanks to an autotomy process, by contracting specific muscles, the gecko is able to voluntarily amputate its tail. This process is useful for distracting predators and thus getting rid of them without running the risk of being eaten. The tail subsequently grows quickly and of the same length.

So whoever decides to get a gecko tattooed hopes that having this little animal always with him, he can have better luck in life. But there are numerous good-luck tattoos, of very different shapes and sizes. Without going far from the gecko, even a lizard tattoo is considered auspicious. Moving on to other forms, we find the undisputed symbol of luck, or the green four-leaf clover.

Thanks to its small size it can be tattooed on shoulders, ankles, wrists, and it is never vulgar, neither on the man’s body nor on that of the woman. Even a pet well known as the dog represents a symbol of good luck in Chinese culture, as well as the dolphin, which is seen to be attributed this symbolism thanks to its reputation as the savior of those who fall into the sea.

Also according to the oriental culture, even two animals not really loved like the rat and the bat would have, in reality the power to ward off bad luck. Finally, passing to the world of fantasy, unicorns and fairies can decorate the body of many girls, representing at the same time a symbol of great fortune.

The Polynesian aborigines, on the other hand, attribute to the gecko supernatural powers and look at him with a sense of fear and reverence. In these cultures it is used as a subject for traditional tattoos. Like tortoises, geckos are seen as animals that act as a link between the world of the living and that of the dead, silent sentinels of the past. It is also a symbol of health and protection.

In other cultures, moreover, it is considered a symbol of imperishable friendship perhaps due to the suction cups on the fingers that allow it to remain attached to all surfaces and therefore, metaphorically, also to people.

In the Philippines and Thailand, where the Tokai gecko lives, it is said that if the birth of a child the song of the Tokai is heard, the unborn child will have a long and happy life.

The symbolism of the gecko is always a symbolism with a positive charge, whatever the type of culture taken into consideration, even if an ancient popular belief says that if you see a gecko laughing then it is an omen of illness or misfortune.

According to the tradition of the Australian and New Zealand natives, the gecko represents the value of adaptability, because it is an animal that survives the difficulties, as they say it adapts to any situation.

It is a reptile, tenacious and quiet reptile to which the Polynesian aborigines attribute supernatural powers and look at it with a sense of awe and reverence. Just like turtles, geckos are considered animals that act as a link between the world of the living and the world of the dead, silent sentinels of the past.

In the Philippines and Thailand, where the Tokai gecko lives, it is said that if the birth of a child the song of the Tokai is heard, the unborn child will have a long and happy life.

The symbolism of the gecko is always a symbolism with a positive charge, whatever the type of culture taken into consideration, even if an ancient popular belief says that if you see a gecko laughing then it is an omen of illness or misfortune.

Having a gecko at home is considered a good omen in many countries. The reputation of good luck is probably rooted in the fact that these discreet and silent animals provide to clean the house of all those annoying insects like mosquitoes and flies that are often difficult to chase away. An adult specimen is able to eat up to 2 thousand mosquitoes in one night, so it is wrong to try to eliminate these beautiful and useful animals.

The gecko is unfortunately the victim of so many false myths to debunk. Here are some: it is said that if a gecko walks on the belly of a pregnant woman it causes her abortion or if she walks on an uncovered part of the body, like a hand, it causes almost immediate necrosis.

It also seems that in some areas these small reptiles are considered poisonous, which is absolutely not true. In many areas of Italy there is also the belief that geckos are carriers of misfortune and that they should therefore be killed or at least removed from their homes. As we all said, false myths that find no foundation.

The gecko in the house is a precious ally because it is a predator of mosquitoes, flies, moths and gnats and therefore it should never be hunted anymore because it is said to bring good luck.

On the web we read imaginative ways to keep the geckos away: we do not recommend them all. There seem to be methods that do not respect the well-being of this cute reptile at all.

There are, for example, those who advise keeping them away by putting eggshells on the ground (we dare not imagine what a show at home and what they smell …), who even mothballs, who gives you homemade poison recipes with coffee and tobacco and still those advised to fill the house with garlic and onion.

We don’t see the reason because we don’t have to keep a fierce dragon away. But if we are really disturbed by the gecko, we capture it with a net and free it immediately outside, with all the delicacy of the case.

The gecko is an animal that is given a strong symbolic charge that makes it a much sought after subject for gadgets, tattoos and lucky charms. I

t is a lizard particularly dear to Aboriginal cultures within which it assumes the particular meaning of regeneration, adaptability, and strength and survival capacity.

According to the tradition of the Australian and New Zealand natives, the gecko represents the value of adaptability, a value necessary to the animal as to man, in order to survive and move forward even when obstacles that may seem impassable arise on our way.

Knowing how to adapt to every situation always going forward without ever giving up is the teaching that man derives from this small, tenacious and quiet reptile. Words that are best linked to the gecko totem are: