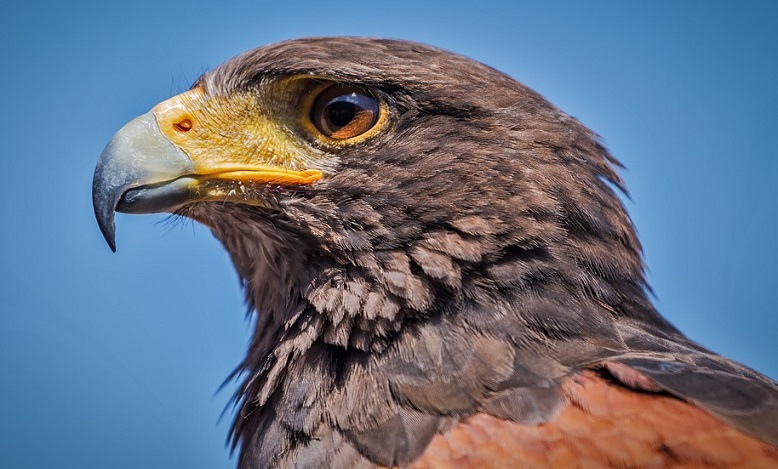 The name of the peregrine hawk, derives from the Latin and means foreigner, because it is a migratory bird that is found all over the world and tends to travel at great distances.

The Peregrine hawk is used in falconry for its intelligence, its passionate nature and the incredible ability to grab its prey.

The hawk as an animal totem encourages us to develop a precise strategy before aiming at our goals.

The hawk tells you that you must have a specific purpose. When it appears, we are called to focus on our desires in order to be able to translate our dreams into practice.

Hawk as a Symbol in other cultures

From the dreamlike point of view, it always embodies the figure of the divine messenger. Just think of the fact that many ancient deities were represented in this way: Horus, Ptah, Rehu, Seker, Amenti, Apollo, Circe, Hermes or Mercury.

Almost all shamanic cultures believe in animals as allies or helpers. Sometimes animals become protectors and guides for the shaman, both in the physical realm and during the journey in the subtle worlds

The Celts believed in animals as allies, and attributed to their clans intimate associations with specific animals. In their traditions the hawk “Achill” bridged between ours and the other worlds. If in dreams we perceive his cry, he can indicate to us to pay attention to an imminent danger, to be attentive to situations that could require courage and resolution. Considered a symbol of victory and lust (usually it was placed over the hare, to highlight the embodiment of lust).

In Norse mythology, the hawk is the zoomorphic incarnation of the god Odin and the attribute used to refer to the Goddess Freyja (Freya is one of the highest deities of Asgard, who wore a cape of Falco feathers to fly between two worlds) Goddess of love and fertility.

However, it can also symbolize enlightenment, a new life, creativity, truth and experience. Or again, it might suggest that you are lucid and prudent, to re-evaluate a choice, expanding our mental boundaries

In the Egyptian religion ll Dio Horus was the god of hunters and was represented by a hawk. Later it was identified with the sun, becoming the symbol of the nobility, archetype of the pharaohs. Horus, the divine hawk, thus became the god of the sky, who had the sun as his right eye and the moon as his left eye. His nature included a clairvoyance that allowed him to see everything, a very sharp visual capacity and a developed awareness

In the European tradition, the Hawk represents the hunter and is associated with the Germanic divinity of the Wodan sky. In European culture the Falco is instead considered a symbol of war. As an animal totem, it represents the power of vision, wisdom and protection.

In Greek-Roman mythology, this bird was the messenger of Apollo and the bird sacred to the sorceress Circe. In Hinduism, Gayatri was the leading hawk of Indra, who led her through the skies.

In China, the hawk symbolized the sun, and was a sign of war. In the Polynesian tradition, the hawk was the prophet’s bird, which possessed magical healing powers.

Hawk as a Totem Animal – Symbolism

The Falco is the messenger among the totem-animals, in a certain sense comparable to the messenger of the gods of Greek mythology. With the hawk squeak a particular event is always announced, which can be joyful or dangerous. 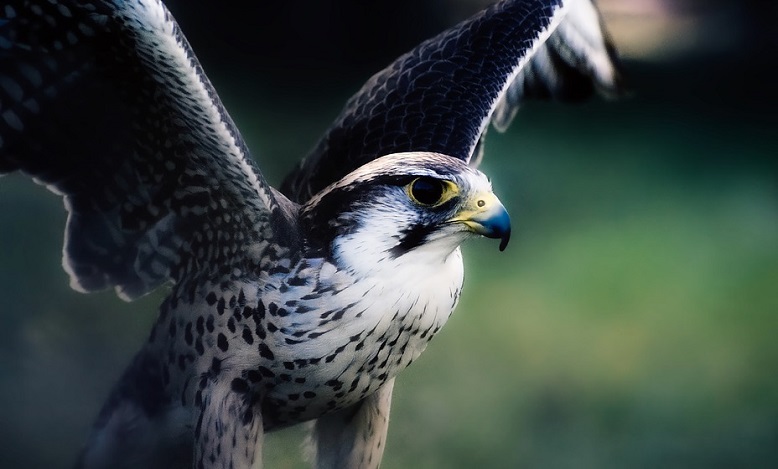 As an animal totem it represents the power of vision, wisdom and protection. It brings with it a message of transition and change, lessons that can be applied in our inner search, in work, in career, a sort of encouragement to elaborate, in life, to have a clear global vision and a precise strategy to define and achieve goals.

It is therefore important to know how to accurately observe the situation of the moment and, when necessary, to know how to push oneself to act with courage. The hawk also suggests the gesture of reaching out to receive the gifts of the Great Spirit, which at times are already ready for us but which we often cannot yet see.

Individuals who possess the energy of the hawk are generally acute observers, who do not miss the slightest detail of a situation that they keep under control. They are able to recognize and understand the signs and often receive important indications also from other worlds.

If you happen to listen to a hawk’s squeak, pay close attention and try to look at things from a better perspective in order to fully understand the meaning of your warning!

In China, he is the bearer of conflicts. According to other interpretations, the hawk is the guardian of the Earth. Whoever is guided by the hawk will have to fight to make the world a better place, both locally and globally.

It will educate others to the love and protection of nature, as aware of the interconnection of all things.

Its red tail appears only when the bird reaches maturity. As a totem, it therefore indicates the need to face spiritual awakening in a gradual, attentive and conscious manner until it acquires wisdom and experience.

This powerful bird of prey is also present in the Holy Scriptures. Referring to His rapid annual migration southwards reads: “Is it perhaps because of your wit that the sparrow hawk soars and spreads its wings towards the south?” (Job 39:26).

In the Christian religion, at least in its early days, the hawk is an ambivalent symbol: the wild hawk embodied evil, the hawk domesticated conversion, and the hooded hawk symbolized Christian hope in redemption, even if surrounded by the darkness of this land, anyone with faith, attention and commitment can reach the light of Christ.

Many are attracted to it without knowing its meaning, perhaps because it awakens the innate bond with the ancient Egyptians and the myths of Osiris.

In Egypt the animal worship, the zoolatry, was widespread and recently, in the oasis of Kharga, 200 km west of Luxor, the largest monumental tomb of animals ever found in the Nile country was discovered. Inside 3000 mummified hawks, still perfectly preserved, dating back to the new kingdom, to the last dynasties when the cult for animals was practiced more than ever.

In the Bible the hawk is mentioned many times, and its shape is well known in the Promised Land. Biblical meaning of seeing a hawk is light, strength and power. From his nest high up on the cliff, the hawk “seeks to eat” and “his eyes continue to look into the distance” (Job 39: 27-29). He has such a sharp sight that he is said to be able to spot a rabbit one kilometer away.

Just like the hawk, Jehovah can “look far ahead” into the future. Thus, Jehovah God claimed to be “the one who announces the term from the beginning, and long ago the things that were not done” (Isaiah 46:10). Following Jehovah’s guidance we can benefit from his incomparable wisdom and ability to foresee the future (Isaiah 48:17, 18).

A hawk soars in flight taking advantage of the updrafts. When the hawk finds one, it opens its wings and flies in a circle inside the air column, rising higher and higher. The hawk does not rely on its own strength to fly in and glide long distances.

Similarly, those who trust in Jehovah can turn to him because God promises to give him “the power beyond what is normal” (2 Corinthians 4: 7, 8).

The hawk as an animal totem

In the European tradition, the Hawk represents the hunter and is associated with the Germanic divinity of the Wodan sky. In European culture the Falco is instead considered a symbol of war.

As an animal totem, it represents the power of vision, wisdom and protection. Il Falco brings with it a message of transition and change, lessons that perhaps apply to your inner search, work, career, etc.

The fact that the Hawk is a solar creature can mean that there is something in your life that you have a deep passion for. Il Falco asks you to cultivate this passion and to do everything possible to draw maximum results from this vocation, both for your benefit and to offer your talent to the world.

Make your passion a reality to be pursued, methodically and with the power of tactics, just as the Hawk does when he pounces on his prey.

The peregrine hawk (Falco peregrinus) takes its name from the plumage on the head, which resembles a dark headdress very similar to the hoods which, in the middle Ages, wore pilgrims while making long and inaccessible trips along the ways of devotion throughout Europe.

This species can be found anywhere in the world, except for the Polar Regions and too high altitudes. Of not very remarkable dimensions (its wingspan does not usually exceed 110 centimeters), it is nevertheless a great predator, coming to feed on even medium-sized birds such as pigeons.

Its extraordinary flying ability contributes to this. In fact, the peregrine hawk can reach 320 kilometers per hour, speeding up a sports car and even removing the African cheetah. Peregrine hawks tend to be loyal animals. In fact, they usually seek a new companion only after the death of the previous one.