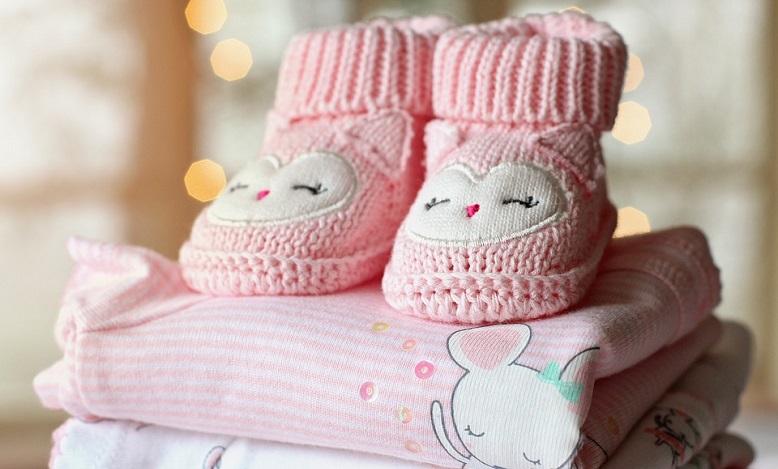 The traditions related to the newborn: from the little shirt of fortune to particular gifts for baptism, things that bring bad luck etc.

The birth of a child is an extraordinary event, capable of bringing into a family a joy that words often fail to express.

The birth event has always been accompanied by traditions, beliefs and uses that can vary according to the various geographical areas but are nevertheless linked by the common purpose of celebrating birth in the best way, wishing the child luck and serenity.

It must be said that in the past, especially in small towns and rural areas, the tendency to superstition was very rooted so all the important events in life, such as pregnancy, childbirth or baptism, were marked by beliefs and traditions very particular, some decidedly fanciful or bizarre, which in modern culture have almost completely disappeared.

In the past, for example, in some geographical areas it was believed that immediately after birth the child and his mother were very vulnerable and could be influenced by dark forces.

To remedy this, recourse was made to the use of amulets and magical objects that had the power to ward off misfortune and bad luck.

According to various traditions, there are also actions to be avoided because they bring bad luck. A popular belief, for example, wants the newborn to never be kissed on the neck, because in this case he could lose sleep.

Many popular beliefs, however, set themselves a positive goal, namely to wish luck and prosperity to the creature that has just appeared to life.

One of the traditions that has withstood the passing of time and the social and cultural changes of our times is that of the fortune jacket, a tiny cotton or silk jacket, to be worn by the child immediately after birth.

The little shirt, because it brings good luck, must be given by someone and then kept as a souvenir, according to some beliefs, without being washed.

Today, the expectant mothers, in preparing the necessary changes for the hospital stay or in the clinic immediately after the birth, almost always prefer to use the leotards, which are more comfortable and have a greater wearability. Fortune shirts can be bought in clothing stores for children, if they are of various colors but the most popular are white and red.

Generally the shirt is given to the future mother after the 3rd month of pregnancy.

Another tradition linked to birth is that of the fortune bath which consists in putting a gold coin in the water of the first bath to wish the child luck and prosperity.

For the first bath, in the past, it was also used to dip walnut leaves in water or add wine in order to purify and reinvigorate the baby.

After birth, the first important event of the child is baptism, an event of great importance for Catholic faith families.

As with any other important “stage” of life, customs and traditions revolve around baptism to give a special meaning to the event. In the past, the tradition wanted the child to be baptized within eight days of birth so that it could become part of the Church community as soon as possible.

Very important was the choice of the godfather and the godmother who chose a name for the child and had a very important role in its growth and in its formation. In religious communities baptism is still considered a very important stage in life even though many of the past habits linked to this event are disappearing.

Tradition also establishes some “obliged” gifts that are still given on the occasion of baptism; among these is the gold chain to which a medal with a sacred image that is generally given by godfather and godmother is to be matched.

Other traditional gifts are the bracelet engraved with the name and date of birth of the child or the bib brooch.

Is Buying Baby Stuff Early Good Luck or not?

Any mother can certainly remember at least one of the nonsense she heard during her pregnancy. In the folk tradition there is a tendency to interpret various symptoms as some fateful signals concerning the sex, health or appearance of a child.

As soon as a woman stays in another condition, a hundred elderly and experienced ladies, all of whom have their own silly interpretation of each of the pregnancy symptoms, immediately shine around her. You will not believe what can be heard here.

– If a pregnant woman has heartburn, it means that the baby has a lot of hair.

– The pregnant woman should not go into the sun because the baby will “boil” in fetal water.

– If a pregnant woman wants something and does not get it, there remains a mark on the child’s body in the form of what the pregnant woman has wanted.

– When a pregnant woman wants something to eat, she should raise her hands in the air. If it catches on to a part of the body, the child will have a stain on that part of the body.

– A pregnant woman should not touch her body when she wants to drink coffee because the baby will have a brown spot.

– If pregnant women have a “narrow” stomach, they will give birth to a son.

– If a pregnant woman has a straight nigra (dark line) up to her navel, she is female. If it goes above the navel, it’s male.

– If male, the pregnant woman will give birth earlier.

– If pregnant women have a low stomach, they will give birth sooner.

– If the pregnant woman vomits – there will be a girl, if not – a boy.

– A pregnant woman should not sit cross-legged as this slows the baby’s growth.

– Pregnant women should not cross their legs because the baby’s umbilical cord will be wrapped around his neck.

– If someone throws a handkerchief on the table – the pregnant woman should lift it with one hand. If he lifted it gently with two fingers, it would be a girl. If he grabs her with his whole fist, he’ll be a boy.

– If a pregnant woman gets pimples (of hormones of course) and her face is “messy” – she’s a girl (because she stole her mom’s beauty).

– If a pregnant woman notices an ugly thing, she should not catch her stomach because the baby will be ugly.

– During midwifery (40 days) the mother should not bathe and wash her hair.

– Baby in a stroller should be put garlic to chase away witches.

– If the pregnant woman laughs a lot, the baby will be lively. If she is sad, the child will be crying.

– The day of the week when a pregnant woman first senses a baby is the day she will give birth.

– Baby should not be bought before birth.

– When a pregnant woman enters the maternity ward, she should wrap the red thread around her arm as well as the baby’s as soon as she is born. It’s against spells.

– Baby clothes should not be dried overnight as they will pick up spells.

– A pregnant woman should not go to the cemetery because she will give birth to a pale baby.

– The baby should never be put in front of a mirror because he will never speak.

– When the baby is being taken outside, she should be dressed upside down so that the fairies do not carry it.

Either way, mothers know best what to do and should not take these “tips” seriously. Fortunately, most of these misconceptions have been exposed by experts

– If you feel sick, baby hair is growing

False. The baby develops inside the uterus, and this organ has no contact with the digestive organs. Heartburn is a digestive disorder during which acid from the stomach returns to the esophagus causing a feeling of “annealing” and it has nothing to do with the growth of baby hair.

The problem is exacerbated as the pregnancy progresses and the uterus puts more pressure on the stomach. Eat five or six small meals a day, drink more milk, avoid spicy foods, and sit with your back straight while eating. Some experts claim that garlic capsules alleviate this unpleasant phenomenon. Try it, it costs you nothing.