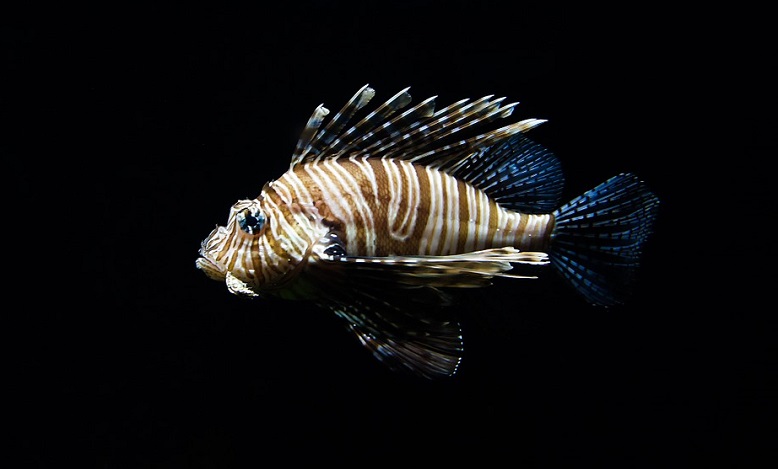 It is not easy to frame the symbolism of fish in a unique way: in fact, they take on a meaning and a particular symbolic tradition from culture to culture, from religion to religion.

For many ancient peoples, the meaning of the fish represents the dual antinomy related to death and birth.

Among the Egyptians, the fish was considered to be imbued and covered with a certain fear and mystery; In addition, he was considered a sacred animal and, in some cases and times, the priests had to refrain from eating fish and, at the same time, practice the proper ritual for their worship.

Among the Phoenicians, Assyrians and some civilizations of the Far East, the fish appears associated with fertility and procreation, due to the high number of eggs it lays in its lay.

Even before the Christians, Greeks, Romans and other pagans used the symbol of the fish, therefore this symbol attracted little suspicion, making the sign of the fish a perfect secret symbol for the persecuted believers.

Thus the first Christians made use of it mainly for convenience. However, the fish also had many theological tones, because Jesus fed 5,000 people with 2 fish and 5 breads. Jesus also called his disciples “fishers of men”.

A further interpretation derives from the astrological determinations of the fish era. The conjunction between the planet Jupiter and the planet Saturn took place in the year 7 Arc (probably the true year of the birth of Christ) for 3 times in the zodiacal sign of Pisces; moreover, even the spring equinox falls into this sign.

It was therefore desired to see in Jesus the first incarnation of the age of the world placed under the sign of Pisces.

In reference to the Ichtys, the people recently converted to Christianity were called “pesciculi” and the fish itself was considered, together with bread, as the symbol of the divine meal.

Christian speculation drew attention to the fact that, as during the universal flood, the fish had not been affected by the curse of God, so Christians would become like fish thanks to baptism.

Like the butterfly, the fish is a symbol of psychic movement, although capable of ascending towards the spiritual. Many ancient peoples considered it sacred and were deprived of using it as edible, due to its relationship with the Sea.

It is a kind of “bird of the lower zones”, an emblem of sacrifice in the Sky-Earth relationship. The fish, visible in this world, becomes a bird when accessing the invisible upper world.

New Acropolis – fish symbol In Eastern rites, fish were worshiped and priests were forbidden to eat fish. Among the Babylonians, Phoenicians, Assyrians and Chinese, the fish, because of the extraordinary abundance of its eggs, is a symbol of fertility, which then acquires a spiritual meaning. The Mesopotamian god Dagon, half man and half fish, was the god of strength and generation.

The idea of ​​the double nature of the fish – its physical and spiritual fecundity – seems to connect with the elementary geometric shape that the fish shares with the bird: the bodies of both animals form a spindle, corresponding to the tail of the fish the final feathers of the triangular shaped birds.

The Chaldeans represented a swallow-headed fish, announcement of the cyclical renewal, directly linked to the symbolism of Pisces, the last zodiac sign, completed in the middle of the last century, when the waters of Aquarius began the current cycle.

Because of its spindle shape, it is also a symbol of sacrifice and the relationship between Heaven and Earth. Schneider points out that the fish is the mystical ship of life, whether whale or bird, flying or aquatic fish, but “it is always a spindle that spins the cycle of life following the lunar zodiac.”

Because in this world it belongs to the water element, its relations with the terrestrial man are manifested through the figure of the fisherman, symbol, in almost all cultures, of the man predestined to fulfill functions of king and priest.

In the Artificial Cycle, the Fisher King is a generic title given to the entire dynasty of the guardian kings of the Grail.

This title also reminds us of the fishermen of Galilee, disciples of Jesus. Fishing, symbolically, is not only to catch the fish, but to launch the hook to the depths of one’s interiority to discover and update the latent powers in man, the best “fishing” we can do.

The Eight Auspicious Symbols, also called Eight Precious Symbols, constitute one of the oldest and most well-known groups of symbols of Tibetan culture. They are already present starting from the canonical texts of Indian Buddhism that is in the texts written in Pali and in Sanskrit.

These are objects, animals or plants that served as ritual objects or that were identified as prestige signs. Always used in traditional ceremonies and special occasions, over the centuries they have become increasingly important.

The eight symbols of good luck are often found repeated on the Kate (the Tibetan scarf of good luck and blessing), banners, tapestries, tangka, flags, bracelets, and necklaces and engraved on the most disparate objects.

They can also decorate walls and beams, the sides of thrones and many other objects of both religious and profane use.

They are also traced on the ground with white powder when some important religious or civil personality is expected to pass.

Goldfish (in Sanskrit suvarnamatsya, in Tibetan gser-nya) are a religious symbol used since ancient times. Originally in India the sacred rivers of the Ganges and the Yamuna were represented with fish. The two fish are parallel and face each other vertically or cross slightly.

The fish represent the overcoming of all obstacles, the victory over all suffering and the attainment of liberation, free in having acquired the awareness of the ultimate nature, just as fish swim free in water by their own nature.

Fish Symbolism in Other cultures

Fish is a symbol of fertility and abundance for the large number of eggs it produces, but not only: it is also a symbol of sexuality, coldness and indifference.

This species is placed at the foot of the world tree, and is opposed to birds. In many traditions it represents cosmic forces; for example, according to Japanese mythology, the earth is a giant fish that lives in the waters of the sea.

In other traditions the fish carries the sun at night and travels its way into the sea. On the other hand, water is a symbol of degradation, of the destruction of forms; and in this environment, the fish is the hero and represents a chthonic character, image of those who live in the underground world.

In China and India it is the symbol of a new birth, and was also used during funeral rites. In Jewish tradition, fish is a symbol of Messiah (indicated by the same word). It also symbolizes faith, purity, and the Virgin Mary.

In the alchemical tradition, fish is interpreted as a symbol of mystical rebirth. Sometimes fish also have phallic characteristics. Fish are vertebrate animals that can inhabit a wide variety of aquatic environments. Some species, such as clownfish, live in saltwater, while puffer fish and perches are freshwater.

The combination of gills, fins and the fact that they only live in water makes them different from all other animals, but like them, they were created by the Lord.

The fish is one of the animals that has more presence in the Bible; an example of this is miraculous fishing, described in chapter 5 of the book of Luke, verses 5 and 6.

“Simon answered, he said: Master, we have been working all night, and we have caught nothing; more confident in your word I will cast the nets. And having done so, they locked up a lot of fish, and their nets broke. ”

Christians, being a minority in a pagan world, had their own symbols to identify and stoke their faith. In the fish (Ichthus), they found the profession of faith, the reason they worshiped Jesus and were willing to die.

An allusion to baptism. The Christian not only died and was born again in baptism but lives from the waters of baptism, that is, in the grace of the Holy Spirit. The Christian who departs from the life of these waters dies. As a fish dies when it comes out of the water, the Christian dies if he is seduced by the mind of the world.

The fish symbol may be inspired by the miraculous multiplication of loaves and fishes or by the fish that the Risen Jesus shared with his disciples (John 21: 9). When he called the disciples to Jesus Christ he said:

Since the second century, the end is often the fish of choice for this symbol because it is considered a friend of man. After the fourth century, the symbolism of the fish gradually decreased.

At present, in the middle of the pagan and aggressive world against true Christians, those who decide to be faithful to the Lord once again are recovering this symbol to identify their commitment of faith until death.

It is possible that the fish symbol had other secondary meanings: Christ as the Master who teaches the disciples to be fishers of men (the sea always had a negative connotation, so being a fisher of men was the same as saying the Savior), or in relation to the miracle of the multiplication of loaves and fishes. But its main meaning is received from the acronym I have outlined above.