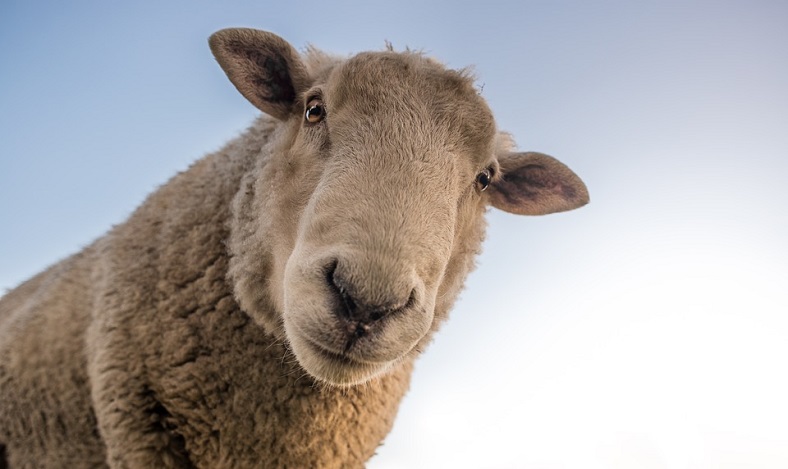 The sheep is a breeding animal, used as a biblical symbol of the people of God, led by him as a pastor. Israel and the Christian community are often called “sheep”, especially in Matthew and John. Besides being an important symbol in many cultures, sheep is also a valuable spiritual animal and totem.

In today’s text, we are going to talk about sheep’s symbolism, meaning and totem powers, so if you are interested to find out more, keep on reading.

In ancient culture sheep are part of the category of small animals. The Greek word for sheep, πρόβατον, próbaton, was originally a common name that embraced all four-legged animals, especially domestic animals, as opposed to animals that swim or crawl; only later the meaning was limited to the current one.

The oldest classical use was only in the plural (the sheep as a herd beast), while the singular use emerged later. Aristophanes [2] uses it in the singular with an offensive meaning, to indicate inferiority or stupidity: it compares a naive person to a sheep’s head. Próbaton, always in the singular, also assumes a positive meaning to indicate a person dependent on the guidance and direction of another.

This meaning is suggested mainly by the need to protect the sheep: deprived of the direction of the shepherd, the flock disperses (Ez 34.5), the sheep follows its own path (Is 53.6), the sheep go astray here and there and they succumb to the dangers of wild places (Ez 34.5-6); in order to live they must be led by the experienced shepherd in the right places of pasture (Ps 23 [22]).

The Greek word for sheep, πρόβατον, próbaton, is attested in the New Testament especially Matthew and John, where it appears 11 and 17 times respectively [4]. Matthew thinks mainly in terms of a collection, in the flock of the people of Israel, of lost sheep (10.6; 15.24). John uses the term to indicate the chosen community of Jesus, “his” (τὰ ἐμά, tà emá: 10.14). In just a few steps (Jn 2:14; Acts 8:32; Rom 8:36) próbaton is used to indicate the sacrificial victim.

When Jesus, inspired by the use of the Old Testament, compares his people to a flock without a shepherd (Mt 9:36; Mk 6:34), he means that he considers him irremediably exposed to a sure ruin. Perhaps, at the sight of a sheep lying relaxed on the meadow in joyful communion and chewing with relish, a meditative calm came over you, and you could feel the peacefulness that emanated from the whole herd.

As a peaceable and introverted person, you have already here the close connection to your power animal perceived. Since sheep are very adaptable and frugal, they can live well in plateaus and steppes as well as on heathland or lush meadows.

There are up to 600 different species of sheep worldwide; In addition to horns bearing (wild) sheep are mainly bred domestic sheep, which have no horns spread.

Particularly striking is the beautiful coat of sheep, which can be monochrome or patterned, causing many sheep out of the herd stand out. 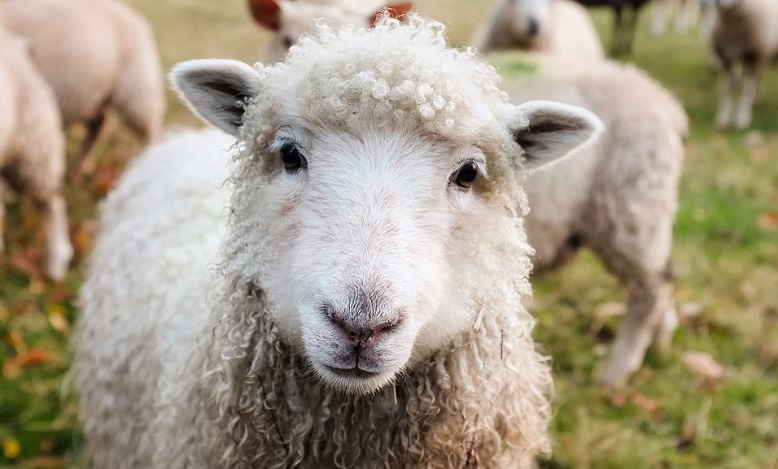 Although the sheep prefers life in a large or small group of herds and willingly fits into a well-functioning social fabric without hierarchy, but it is anything but simple and easily confused.

On the contrary, the sheep are credited with a high degree of intelligence, which is reflected above all in the fact that sheep have an extremely long memory capacity for the faces of humans and those of their conspecifics (two years!); they are also capable of reflecting on and learning from their mistakes.

So your close connection to the power animal sheep is primarily that you are very sociable and draw strength from the community, but your own decisions but always reflect and correct in case of doubt.

You calmly and patiently go ahead and refrain from going to court hard on yourself – like the power animal sheep, which has always been a symbol of patience and gentleness. Regularly you seek the contact with your kind, to whom you feel a strong bond and who strengthen you.

Sometimes you feel such a skipping feeling of joie de vivre and exuberance that you can barely hold on to yourself – like a lamb that makes high leaps and bounds of happiness.

In your environment you feel as safe and secure as the sheep in your herd; out of the rest you can carry out the developmental steps that are important for your life.

And even if you go through life as a loner from time to time – like a ram who temporarily lives apart from the female sheep – you are aware of your great self-protection, which gives you great strength. Like the thick wool of the sheep, which protects it from the cold and wet, so you carry an invisible shield around you, which gives you a maximum of security.

In addition, you are equating it to your power sheep, and you derive much strength from your ability to handle well even under ‘barren’ conditions, as you are frugal and not very demanding. So your inner contentment and confidence radiate to the outside, whereby other people like to connect with you or ally and learn from you.

The sheep, which has a very good eyesight, which allows him to recognize enemies in time and to distinguish colors, wants to give you as a power animal, above all, far-sightedness. This is very important for important decisions. Your power animal Sheep wants to invite you to look closely and to recognize the appearance of things or persons so that you can reach truthfulness.

The point is that you perceive exactly what is good or bad for you in the long run or who / what belongs in your life and who / what not. Then it’s time to bravely go your way. This, too, the power animal sheep lives for you, which initially aims at everything new with care, but then makes it purposefully and safely on the way.

Sometimes the sheep will also challenge you to detach yourself from the herd and explore your own path instead of following the others on old trails.

Here, your power animal sheep teaches you that now comes a time of innovation and you should give up traditional (sacrificial) roles and constraints to embrace your new life.

Likewise, you should make aware that now all the battles are behind you and you can confidently show your soft side and live it out.

People with sheep totem tend to appear to people with a vagabond and adventurous spirit that easily get lost in their way, so it is important for them to know to have adventures but without losing the origin of the herd from which they come and protect them, for the sheep totem appears in his life.

If the sheep totem appears in your path, ask yourself if you have lost your way. When the totem sheep appear it may be time for you to stop wandering and the sheep or ram totem appears to help you find the lost path.

After you have found your way, you may eventually help others who have lost their way.

Also appears the sheep totem, when it has been an embarrassing situation, which has made him embarrassed.

The sheep totem teaches the lesson that if you are willing to leave behind your bad choices, embarrassing, embarrassing situations etc. it can be done. Just as the sheep is sheared and re-creates a new and clean wool, likewise you can start over, make a “clean slate” in life. ,

The sheep totem, offers the balsamic medicine that all experiences have a value. You can use your mistakes as teaching tools to help others not to fall into the same mistakes you made, or to offer a helping hand to others.

A common phrase “calm and happy as a lamb” is often used in association with a sleeping baby. Lamb (son of the sheep) totem is more innocent than a sheep, the lambs bring much sweetness as a totem. The sheep totem when it appears while you are having a relationship, indicates that you have to listen to the couple, let them express themselves, because they may feel overwhelmed at that moment.

The lamb is also a symbol of docility, and often appears in ancient symbols as the spirit of sacrifice, of martyrdom and of innocence

The totem sheep can show how to maintain balance and have confidence in the most difficult situations and teaches us our best abilities, teaches to move with agility, camouflage and mixing with the environment, THE sheep totem teaches a feeling of union with the community together with the one that shows how to make life easier and promote serenity.

The totem sheep infuses a sense of protection and peace of mind and heart. If the sheep totem appears to you, perhaps it is telling you, are you moving in the right direction? Do you go with or against your principles? Are you protecting yourself enough? The sheep totem offers the wisdom and understanding of certain perceptions that are being overlooked.