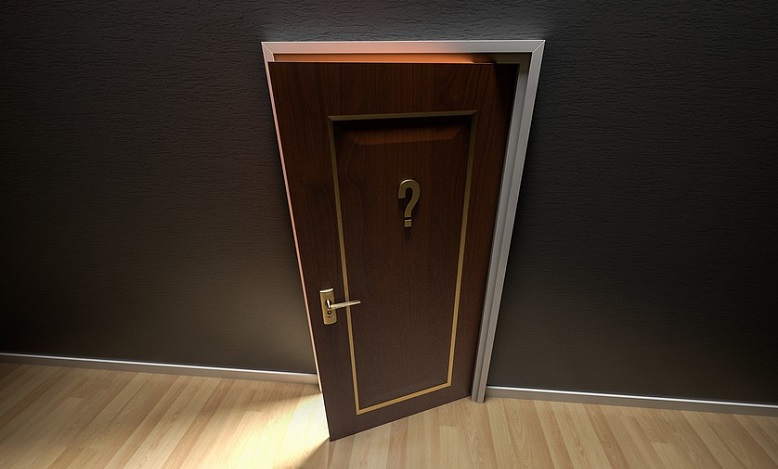 Since the most remote antiquity, the concept of Porta has always been loaded with deep and articulated symbolic and spiritual values, often common to cultures that are very distant from each other, in time and space.

Even today the image of the door immediately evokes the idea of ​​a border, a limit, both physical and symbolic.

Even in the most common expressions of the spoken language the door takes on much deeper meanings than their literal meaning: “opening the doors” immediately suggests the idea of ​​welcoming, while “closing the doors” indicates a refusal.

Even the different phases of life are accompanied in the proverbs by the image of a door that opens or closes, as indicated for example by the famous maxim “a door closes and a door opens”.

The Door therefore represents a “border” and, consequently, the act of crossing the threshold symbolizes entry into a space different from that from which it comes, perhaps unknown, mysterious or even sacred, depending on the place and time in which the door in question is placed.

If the door of a building of worship marks the border between the profane space that is outside and the sacred one that is inside, the door that opens into the walls of an ancient city could indicate the border between barbarism and civilization, between chaos and order.

Crossing a threshold can also mean leaving behind a known and reassuring environment to enter an unknown or dangerous space: the theme of the “forbidden” door that conceals a mysterious danger is also found in many traditional fables, for example the famous Bluebeard, who hid the bodies of “curious” brides behind a door who had crossed the forbidden threshold.

Even in the latest fairy tales and novels we always find this same theme, just think of Alice, who through a small door in the rabbit hole enters Wonderland, while in the Chronicles of Narnia the young protagonists enter the fantastic world of Narnia through the door of an old wardrobe full of furs.

In this case in particular, the door becomes the passage to another dimension, much more magical and fascinating than the boring daily reality from which the characters come.

Even in everyday life, however, there are thresholds to be crossed, which lead us from one phase of life to another, often through specific rites of passage: think for example of the passage from childhood to maturity, anciently marked by the passing of tests of initiation, or of religious rites, such as baptism, which originally was the moment when the neophyte finally had the opportunity to enter the church for the first time, or even at the wedding, especially at the time when the groom crosses the threshold home with his wife in his arms.

This custom has its roots even in ancient Rome: such a gesture should have evoked the mythical rape of the Sabine women but, above all, it would have had the important superstitious function of preventing the stumbling woman from throwing a bad omen on the newly started married life.

The door also symbolizes the final passage from life to death: since ancient times, in fact, the symbol of the door has been adopted in the funerary context precisely to suggest an ideal contact between two otherwise inexorably divided realities, the world of the living and that of the dead.

The Oracle of the Doors is therefore born of a research on the profound meaning of the image of the Door through history, from the most remote antiquity to the present day.

The Oracle cards want to give new life to this powerful symbol, making it capable of speaking, again, as it used to.

The importance of the symbol of the Door is testified by the uninterrupted use that man has made of it since the dawn of civilization up to the present day, in a journey through the centuries that has not however altered the mystical and spiritual significance of this powerful image. , but at the same time simple to understand, which is found – as we shall see – in every culture.

La Porta appears as a symbol mainly linked to the funerary reality already in ancient Egypt, as an indispensable element of the burials, initially exclusive of the royal ones, then also of the wealthier classes.

In the so-called a mastaba tombs (the ancient truncated pyramid burials) there is in fact a representation of a door, called “false door”, with a rolled up mat.

This representation, whose iconographic scheme was also used for the hieroglyphic depiction of the royal palace, was the point of actual intersection between the reality of the living and the afterlife.

From this door, in fact, the soul of the deceased could access the offer table, positioned right in front.

In the richer mastabe there were even two false doors: the north-facing one, reserved for the deceased, and the south one, reserved to his wife.

In a tomb of Deir El Medina, the tomb of Sennedjem, the deceased is even represented in the act of opening the doors of a half-open door, through which two mountains can be seen on the horizon.

In Ancient Egypt, the symbol of the door also plays another very important role, namely that of a cathartic element. The doors of the temples, in fact, covering the privileged function of access to a sacred place, home of the divinity, constituted the pass between the sensitive reality and the immaterial reality of the gods. Crossing this mystical threshold therefore implied a purification, which thus made it possible to prepare oneself for the contact with the divine.

For other ancient civilizations the door is associated not only with the idea of ​​the boundary between human and divine typical of the entrance to the temple, often emphasized by knockers of precious materials or of imposing dimensions, but even to specific divinities. Just think of the Karibus, monstrous beings at the service of the gods, with a human head, the body of a lion, bull’s paws and eagle’s wings, whose statues were placed by the Assyrians to guard the palaces.

The image of these monstrous “guardians” was inherited first by the Jews and then by the Christians and is found in the Bible, in the book of Ezekiel and in the Apocalypse of John, in the vision of the famous Tetramorph.

For the Greeks, however, each door was sacred to Hermes, the messenger of the gods, god of commerce, deceit and thieves, but also and above all god of state changes and for this reason “Psicopompo”, that is the one who leads the souls of the dead Hades.

Moreover the Greeks recognized in the two solstices the opening date of the two celestial doors, that of the Tropic of Cancer and that of the Tropic of Capricorn, which allowed contact between the human and the divine sphere. These important dates of passage were later inherited by Christianity, which matched the feast of St. John and Christmas.

Even more than the Greeks, the Romans gave special importance to the gates, to the point that the concept of Porta itself becomes a divinity in the figure of Janus. An exclusively Roman divinity, Janus is the oldest native god. Its name derives from ianua, in Latin “porta”, and he was in fact represented as ianitor, that is gatekeeper, with a stick and keys in hand.

Giano protected the doors of the houses and the passages in general. It was represented two-faced, that is with two faces, one in front and one behind, to control entry and exit.

Giano also presided in the morning and at all beginnings, including that of the year, whose first month, January, is in fact dedicated to him. Numa Pompilio, second king of Rome, would have built a special door in the Forum dedicated to Giano, which was opened in time of war and closed in peacetime.

The importance of the Roman civilization in the door is also expressed in the grandiose triumphal arches, the monumental passages through which the victorious army celebrated the triumphal procession on the return from the wars won.

The idea was then taken up again in more recent times by Napoleon Bonaparte, who wanted the Arc de Triomphe in Paris to celebrate the victory in the battle of Austerlitz, and later by the architect Johann Otto von Spreckelsen, who designed the Grande Arche always in Paris, dedicated to humanitarian ideals rather than military, and inaugurated in 1989.

The image of the door is found linked to the world of the dead, in the ambit of Roman civilization, but not only: it is attested in fact in the entire Mediterranean basin, from the 4th century BC until the third century AD

Numerous Etruscan and Roman cinerary urns show the theme of the door combined with farewell or reunion scenes in the afterlife.

The door may appear closed, as if to indicate the impossibility of communication between the living and the dead, or ajar or open, to show hope in a possible reunion and in a future bliss.

The same identical subject is also found on numerous examples of Roman sarcophagi from the 2nd-3rd century AD, where a door in relief appears in the center, in a dominant position, often with the left half-open.

The theme of the door therefore played a key role in the world of classical antiquity, involving various areas of life, from religion, to military celebrations, to the world of funeral rites.