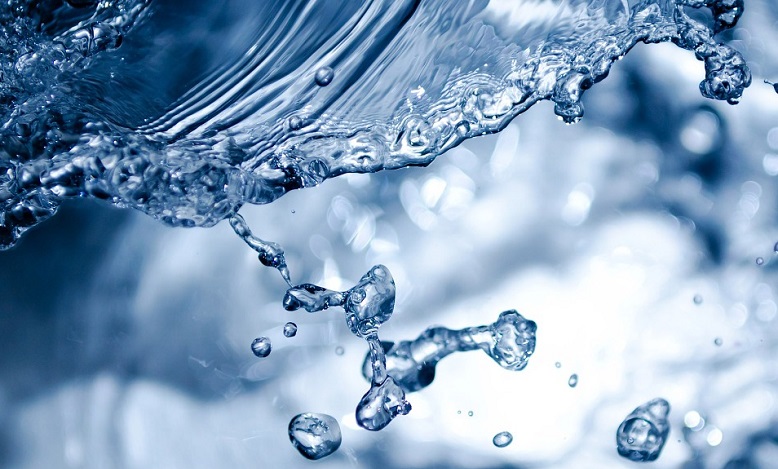 What does it mean to dream of water? The fundamental element for life, as we all know, is water.

This is also the embodiment of birth and is one of the symbols that appears most frequently in dreams. It is no coincidence that both Freud and Jung agree on associating water with the womb, which is the place where every life fluctuates.

Furthermore, both authors associate it with feminine energy or even female genital organs.

Dreaming of water has different meanings according to the circumstances of the dream, but in general it is the expression of creative potential and usually represents a new beginning.

To correctly interpret water in dreams we must try to remember the circumstances in which it meets. Dreaming of walking on water, for example, means having a balanced personality, who knows how to dose perfectly unconscious and instinct.

Otherwise, dreaming of being mirrored in water can indicate the search for one’s personality or the exploration of one’s own unconscious.

Water Symbolism in the bible

The theme of water is broad as it embraces human existence and is present throughout biblical history. It appears at the beginning of humanity (Gen 1.1), where the Creator is presented who acts through his “Spirit” (ruah) on cosmic waters; but it is also found widely attested in the Apocalypse and in the final vision in reference to the “new creation” (Ap 21,1: the sea; 22,2: the river and fecundity).

To an overall view we can say that a considerable part of the extra-biblical and biblical tradition refers to water as a fundamental element and a constitutive presupposition of the structure of the world (Gen 1.6: “then divided into upper and lower waters”).

It is the principle of life and death according to the situation in which it is found and in which it is used, it is simple and clear in its fluid constitution, but it can constitute in its great mass a sense of mystery, of penetrability of only partial light and of uncontrollable strength.

The Hebrew term majîm (“the waters” attested about 580 in the TA) and the Greek hydōr (LXX almost always translates the Hebrew majîm with this term) designate the category of water and its derivatives. In Es 15.8 and Ps 77.16 hydōr alludes to the “torrents” (from the Hebrew nāzal); the Greek term pēghē (used over 50 times) indicates the eruption of spring water (Gn 2,6) and, in the plural, the sources that come from the abyss (Gn 7,11; 8,2).

In addition, the term majîm rabbîm in the Bible also refers to the marine mass of water (Is 23.3; Ez 27.26; Ps 29.3; 77.20; 107.23). Its linguistic use alludes to a matter that manifests itself in various forms: with water we indicate meteorological phenomena (clouds, fog, mist, hail, dew, snow, frost), geographical designations (sources, streams, rivers, canals, streams, seas) and domestic uses (drink, housekeeping, work).

Consequently the images that are connected to the water are not proper to the concept itself, but are expressed in different forms and with the aid of specifications and extensions of meaning. By re-reading biblical narratives it is possible to grasp the expressive and symbolic richness of the water category in its contexts.

Water, as one of the four basic elements, is the origin of life from which all being emerged. In the general interpretation of dreams, this element stands for the symbol of the feminine and the emotional. Dream interpreters use many general associations for dream analysis, which refer to various factors in connection with the dream symbol water.

So the basic element embodies dissolution and purification, letting go and the yielding. The dream sign can also be understood as a question in relation to one’s own emotional worlds.

Psychology sees the dream symbol water primarily as an element for inner and outer purification. If, for example, you go into a sea or a lake in your dream, many psychologists see this as a fresh start in dream interpretation.

In the spiritual interpretation of dreams, water as a clear fluid symbolizes vitality or rebirth.

In the dream interpretation of the sea, water means the universal consciousness inherent in all knowledge. A shallow sea stands for superficial emotions, while a thundering surf symbolizes passion and pleasure. A calm lake expresses a contented existence.

In the dream interpretation of water, the lake is also a sign of a transitional phase, which goes hand in hand with the shift to the higher self. If you see your reflection in the water, you should reconcile with your dark sides.

Dreams of a river represent life and way of life. Depending on which view of life the dreaming represents, the dream symbol river appears as a small brook or as large current.

A crossing of the river indicates changes, a canal symbolizes the birthing process, and a deep river demands more attention in interpersonal relationships.

In general, the dream interpretation drowning says that the dreaming wants to push the unpleasant into his subconscious, but what powerfully returns and can overwhelm him.

Water flowing on the rock – this experience means that sooner or later you will be able to abandon yourself “in the void”, entrusting yourself and trusting those around you and offering you its help, without asking for anything in return.

Admiring water –  this dream indicates new things to come, as well as encouragement and movement, intensity of feelings and emotions, but also the desire to let go and to follow what we feel inside. A starting point for the development of a new way of life. More active and dynamic.

Going under water – this dream experience can be connected to a feeling of well-being, to the desire to let oneself be taken by one’s own feelings and those of others.

In the case of a feeling of anxiety, during the dream, this vision becomes a symbol of all sentimental situations and not that in real life they are a real weight for the dreamer.

Dream of non-crystalline water –  it means that the dreamer feels a sense of pessimism and fear towards external situations, or that he feels sidelined by the people he would most like to rely on to solve his problems.

Dream of clear water – this dreams symbolizes the lightness of life, fun and imminent happiness. A positive dream experience, which leaves a pleasant and relaxed feeling upon awakening.

Dream of small water source – a kind of warning to learn to be tolerant and to have patience at work, but also in family relationships. An openness to those people with whom we are usually intransigent.

Dream of noisy water – keep your instincts in check, try to control yourself and act correctly with all those around you. Your behaviors are reflected in our actions, so it is better to think well before acting at full speed.

Dream of seeing water from afar – you have much more than what you need. This dream wants to suggest you the chance to be satisfied with what you have, and at the same time be very happy.

To see water clearly – you want a change that is not only physical but above all from the point of view of character because something in your “I” does not fully satisfy you.

You want to make a change in your life, and you have understood that you have to start from the personality.

Sometimes you dream of flowing water, whether in a stream or on the road, or anywhere else. This means being people capable of adapting to the unexpected or the obstacles that life puts before you, just as water does when it flows and creates its own path.

The flowing water is also seen as the link between conscious and unconscious. Dreaming of drinking water is probably more a physiological need for thirst than a real symbol to be interpreted, which can mean the regeneration or purification of one’s self.

When in a dream the water overwhelms, or is so high as to scare, it can mean that something from the past is giving way to something new, or that something is preventing us from reacting to life situations.

If instead the water leaks from the roof or from the walls it means that a very near problem is disturbing the peace; even if there is a faucet that loses or water that falls or overflows from a vase, the meaning is negative but it is the psychic energy that flows out of the body and leaves empty.

When in a dream the water boils means that you are experiencing resentment or anger and that a situation urgently needs to be resolved.