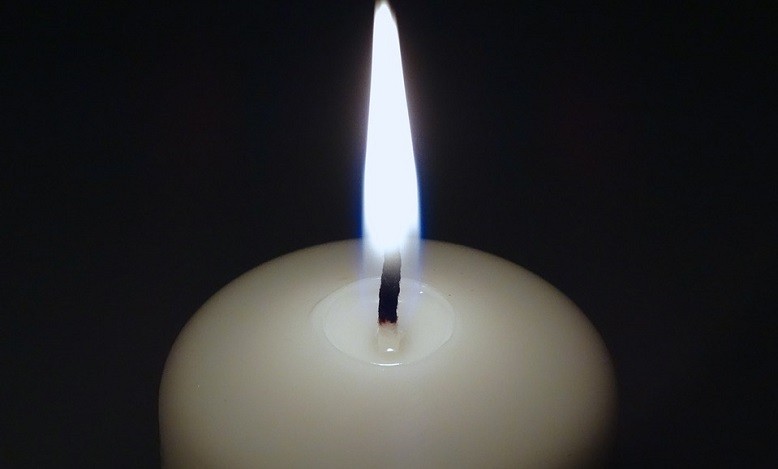 Candle has a strong symbolic value in all traditions. Various meanings have been attributed to it since ancient times and are used in many rituals.

The most obvious aspect is to illuminate the darkness, both in a material sense and in a metaphorical sense. Where darkness symbolizes the darkness of evil, of pain, the storm of emotions and feelings.

The light of the flame that takes away the fears, the evil, the demons and the occult forces that surround the darkness, is the symbol of individuality. The rising force of the flame, as life rises towards the sky and returns to it even after the breath that makes it falter.

Its light indicates the presence and triumph of good over evil, it represents the power of good, wisdom, enlightenment, knowledge and spiritual realization of man, which defeats darkness, an indication of evil, ignorance, stupidity and cunningness.

The same blowing of the candles on the cake on the birthday, is a gesture that, although it is done usually and carefree, is actually the expression of hopes and desires for the year that comes, at that moment, for that particular person and waiting for them to materialize.

The candle represents man, in fact the wax is the body, the soul wicks it, the flame the spirit; it is a symbol of life since: it lights up, the body is consumed while the spirit rises to the sky. It represents a bridge between man and the divine, between matter and spirit.

In this sense it is used for prayers and for invocations to gods.

To light a candle is to raise a prayer, to ask God for the fulfillment of a desire, its duration is related to the time of ignition.

The longer the candle burns slowly and for a long time, the greater the importance of what is asked.

The candle also represents the four elements that support universal energy: the earth with wax, the fire with the flame, the water with the melting of the wax, the air with the smoke of the candle.

Candles are powerful catalysts of energy: wax in particular has a strong magnetic ability to attract feelings and emotions and to release them with the burning of the flame, for this reason it is used for propitiatory rites, but also for dolls and fetishes in black magic.

There are different materials with which candles are made, certainly the natural ones with the addition of essential oils, plants, stones etc. … they have a much more effective energy value than those made with petroleum derivatives and synthetic materials, and also natural products enrich the candle of their own energy vibrations, for this reason, depending on the ritual and desire that you want to celebrate or achieve, you use different materials.

The use of candles in Magic Rituals is lost in history. Wizards and witches of ancient times used beeswax figurines for countless and effective spells. Even the Ancient Egyptians used wax miniatures to curse their enemies and there are also numerous testimonies of Pliny, Ovid and Plato (just to name a few) on the magical properties of candles used in Dionysian rites. The candle symbolizes light not only in a physical sense but also in a spiritual sense.

The most archaic candles were formed from rush cord marbles immersed in melted wax. The so-called “liturgical candles” have been used for centuries in different religious cultures. Not to mention the still current custom of burning candles in front of images considered “divine” like those of Christ, Our Lady and Saints, in order to obtain graces or intercession.

Having said that it is easy to see why candles are the “raw material” that must be available to cast truly powerful spells. Of course we talk about candles made from pure beeswax (and possibly self-made) and not the colored paraffin candles normally sold for domestic use. 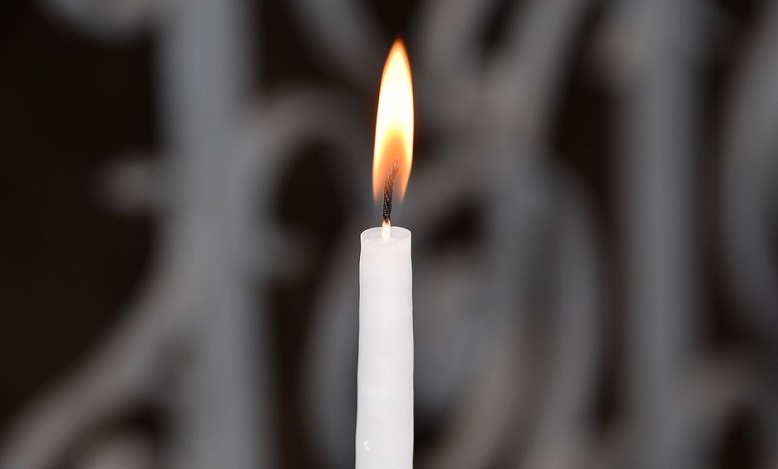 What are white candles used for?

The first thing you need to know is that the white candles are related to purity, the divine and immaculate.

So much so that white candles are the ones that are often used in rituals to purify and clean the sites, attract harmony to the place and positive energies; protecting us and our home from bad omens and from the negative energies that they may want to transmit to us.

The white candles also at the level of the person help you to achieve a series of qualities and virtues pure and honest, such as: truth and sincerity, hope, innocence and simplicity and of course to achieve pure and total love.

That after what we have just told you, you have a clearer idea of ​​what it means to light a white candle in your home: purify and protect the environment from bad energies. And is that every time you light a white candle (remember, always with a match) you are opening a mystical door to peace, tranquility and relaxation of both your spirit and your home.

Meaning of the White Candle when it is lit?

The main meaning of the white candles lit as we have said is to purify the place and the person.

But what you surely did not know is that the white candle is also called the “divine providence”, which is why in some religious places a white candle is lit every first day of the month as a sign of gratitude for the days that are come. Lighting a white candle also helps in creativity and imagination.

The fact of lighting a white candle also means that we are strengthening our ties and family relationships. It is used in many rituals even replacing candles of another color; because the white candle is considered a neutral candle because the other colors start from it.

The white candle is much related to everything religious that is used in weddings, communions and baptisms, where it is considered that the people who wear them are pure. Lighting a white candle can even help you purify yourself and your spirit, if you feel overwhelmed by the impurities of the world.

What is the white candle for?

The white candle serves for many things, some of them we have already told you; that is why we would like to share with you some simple rituals where white candles are necessary. But before we continue we will tell you a little detail about the white candle, and this is related to the moon and Monday, hence there is the occasional spell or ritual that requires or that you do on Monday and / or with a full moon so that it has a bigger and faster effect.

You also have to know that the white candle serves to cleanse and purify your aura of all negative energies, so it is very good and recommended that you light a white candle with some assiduity, if you do not do it every day.

Meaning of Candles in General

Many times, the quackery is present to profit with rituals that in the end are not even necessary. The light of a candle is not any kind of witchcraft or spell, it is only a symbol of light for those of us who believe that everything that exists is governed by energy, our own and collective.

Candles are basic elements in events of such importance as baptisms, weddings, funerals, etc. Where its use takes different forms, but always with the essence of guiding and illuminating.

The word candle comes from the Latin ‘candere’ which means to shine. Since prehistory, man has used fire as a means of survival, both to scare animals and to illuminate their caves. Of course the wax was not discovered, but they were helped with dry branches, animal hair and fat or bait.

In Western culture, the light of a candle has a deep meaning. Several people come to it in search of answers, to make requests, to find themselves while they meditate or remain silent, to relax or even to share an intimate moment with another person.

The candle is therefore a point of reference, a sort of beacon for souls, astral energies and wandering spirits. But above all it is a gap that leads to direct contact with the divine or “vital principle of Nature”. Popular tradition has it that lighting a candle at the birth of a child is a magical way to protect it against evil spirits. In fact, the light of the flame opposes the darkness and the evil spirits that dwell in the darkness.

Apparently in England, more precisely in the Lancashire area, famous for legends about witches, candles are lit on the eve of All Saints’ Day to fight against the evil spells of witches; it is believed that if the candle goes out, you may fear the worst; but if the flame of the candle continues to burn until after midnight, the influences of black magic will be contained.

As you can see, following the popular tradition, the light of the candles accompanies the man during all the most important moments of his life, to witness the close symbolic correspondence that exists between the flame of the candle and the Life itself.

In practice, this is a perfect symbolic synthesis of the four elements of Nature.

It should be noted that these elementary principles are found in a single flame. In this way we find in the candle the symbol of the substantial unity of multiplicity.